Why are my wall plates bowing outward?

The wall plates in my kitchen suddenly bowed outward like this: 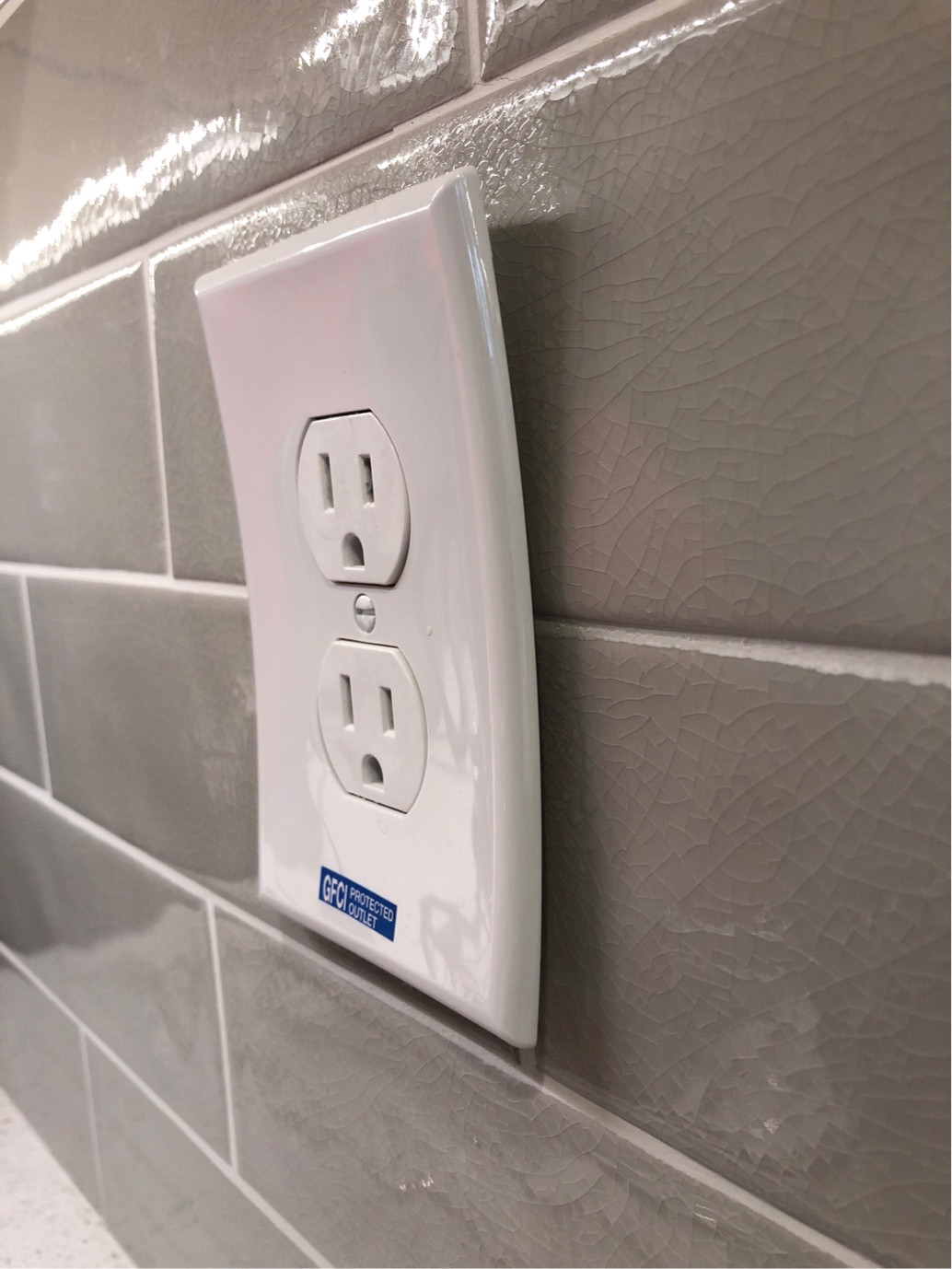 Additionally, there seems to be condensation present on the back of each plate, suggesting that this was a thermal event of some kind. Considering that:

Edit: photo with plate removed, as requested in comments 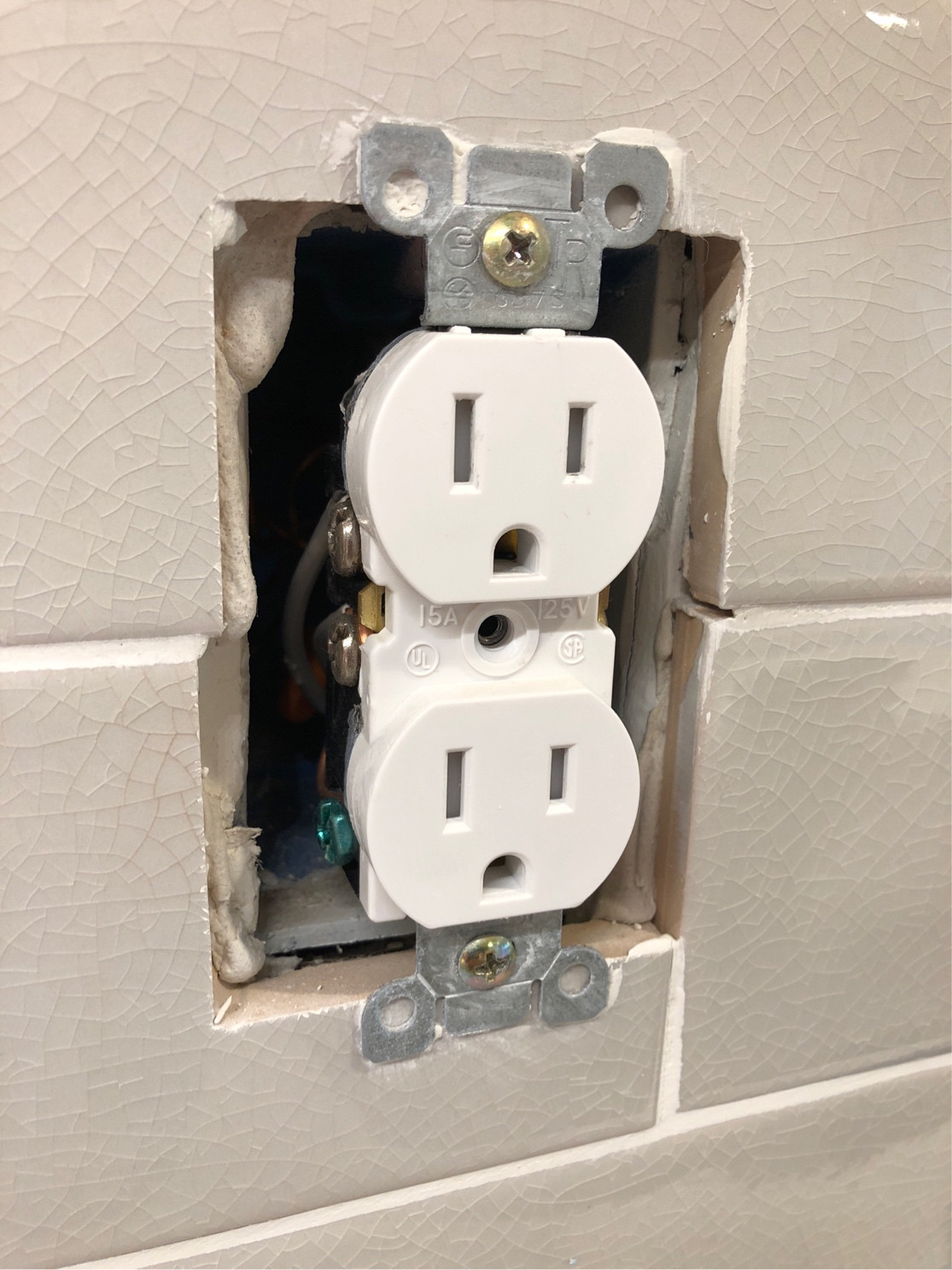 You typically don't use domed head screws to mount the receptacle to the box (they stick out too far). You can get away with it if the back of the wallplate has a big indentation for those screw heads, but they usually don't.

Whether or not the problem is the screws is easy to determine, though. The fixes are trivial. Do either one. If the problem repeats, you will know it was something else.

I have not seen anyone advise a box extender is needed here. This would allow the use of the screws provided with the outlet.

When a box extender is called for I find this type most convenient because it slips inside the existing box and the flange fits against the finished wall. The back part can be trimmed with tin snips or perhaps a utility knife if it is not needed or interferes with wires or connectors in the box. But sometimes the hole in the finished wall is too large for the outer flange of the soft plastic extender and the hard plastic extender is needed. 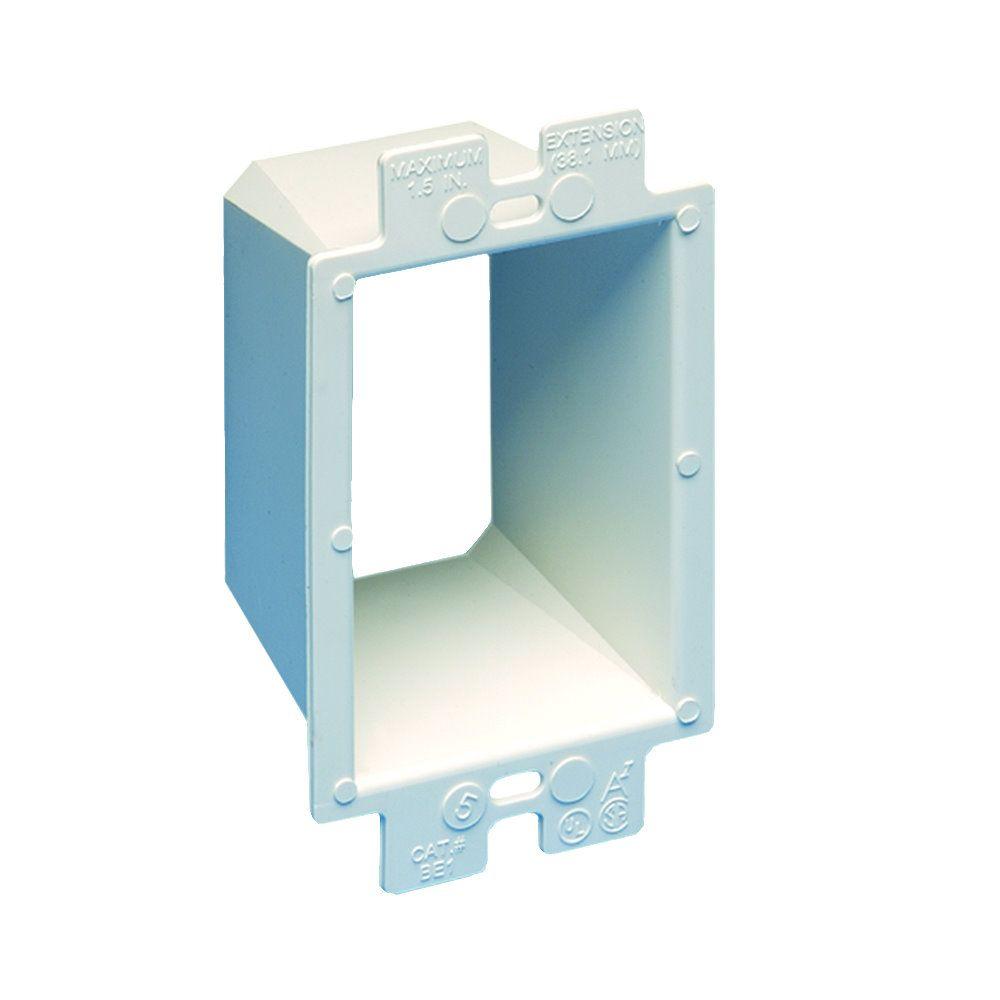 Not the answer you're looking for? Browse other questions tagged electrical fire-hazard or ask your own question.

0
How can I add two bathroom receptacles behind and above a vanity?
3
Three dead power outlets, no tripped breakers
0
Are nail plates required on the exterior wall side of the wall studs?
3
Transition PVC outdoor conduit to EMT
1
AC power leaving the circuit breaker, but no AC power to AC power supply line in bathroom (and this bathroom is head/lead in daisy chain)
1
Theories for cause of tripped breaker when power use was low due to vacation
0
Regular Outlet Tripped, Now Various Outlets Are Dead
1
Breakers for living room was working, but has stopped after I turned breaker on/off
0
Breaker Immediately Trips, Need Help Troubleshooting Why