I’m fairly new to doing my own electrical so be gentle if this is a simple question.

I’m trying to install a fan button timer along with a new rocker switch for my bathroom. In the image below the left side is the light and the right is the fan switch currently. How do I go about installing the two new switches that have the usual black/white/green? I’ve done simple single switches and dimmers before but have yet to run across one where the two are tied together like so.

If any additional info is needed, let me know and I can get it to you. 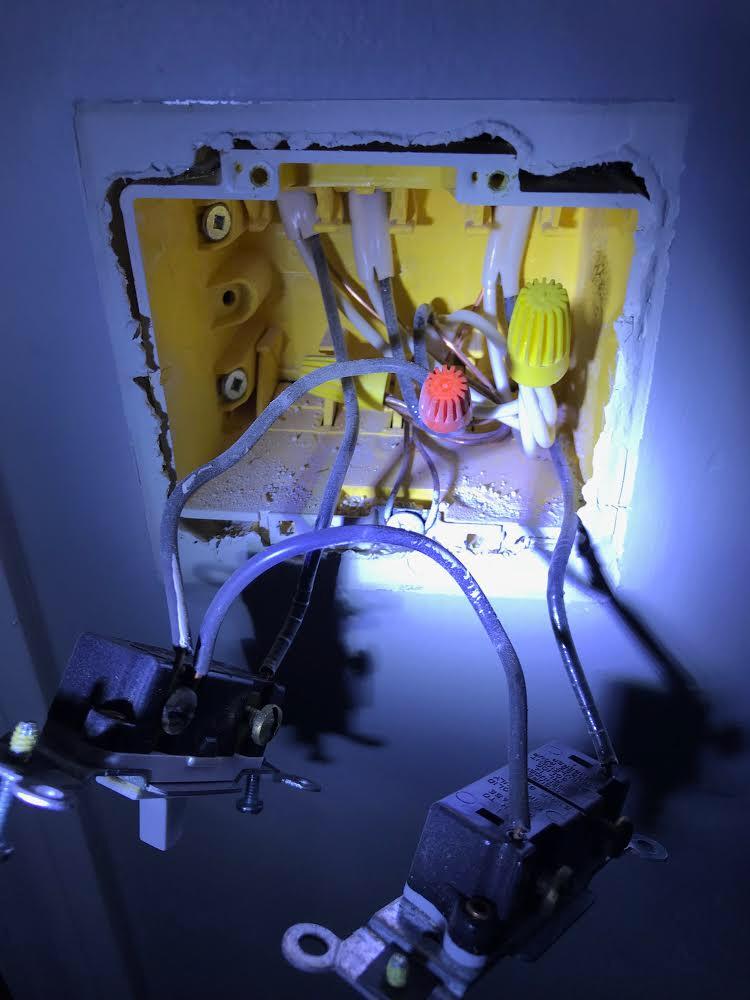 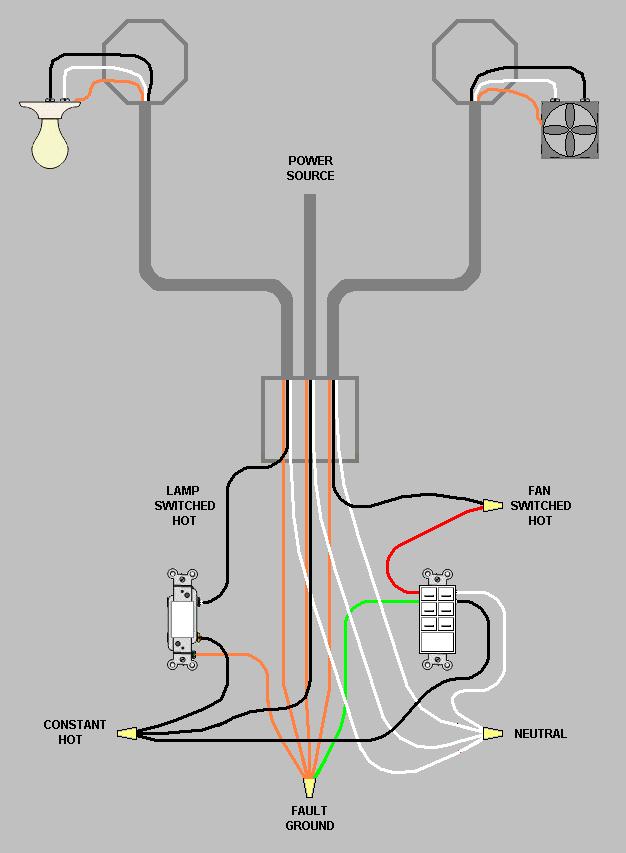 It's very straightforward, except that the timer-switch requires a neutral connection (to its white wire), and the timer-switch has wires coming out of it instead of having screw terminals.

The timer-switch switched-hot is the red wire, and this should be connected to the black wire in the right-side cable, which leads to the fan.

The two wires on that screw are:

In this case, they use both the backstab and the screw. This is not good practice and is a super lazy installer trick. (frankly the same could be said of backstabs generally, they are not reliable in the long term.)

I recommend you pigtail both switches. The wires I mentioned, pull them both out of the backstabs. Now the left one has a pigtail, that was easy. Get 6" of #14 solid wire and put a similar pigtail on the right switch, use the screw not the stab. (backstabs can't be used twice.) Now use a wirenut to join both pigtails and the power supply switch.

Suddenly this all will make a lot more sense.

I am a huge believer in designing the junction box to make sense, rather than trying to remember a complex configuration, and then having to reverse engineer it later. My primary weapon is colored electrical tape, wrapped a few times around the wire to mark it. So I would mark the bottom wires on each switch, yellow for the lamp and blue for the fan.

Not the answer you're looking for? Browse other questions tagged bathroom switch exhaust-fan timer or ask your own question.