Part of the bottom of the side of my concrete step is crumbling away and I'm looking for advice on a reasonably quick and easy fix as I'm worried critters will get in there (if they aren't already). My current (and potentially misguided idea) is potentially making some forms, mixing up some concrete and pushing it into the gap with the forms.

Any suggestions/help with this would be much appreciated :). 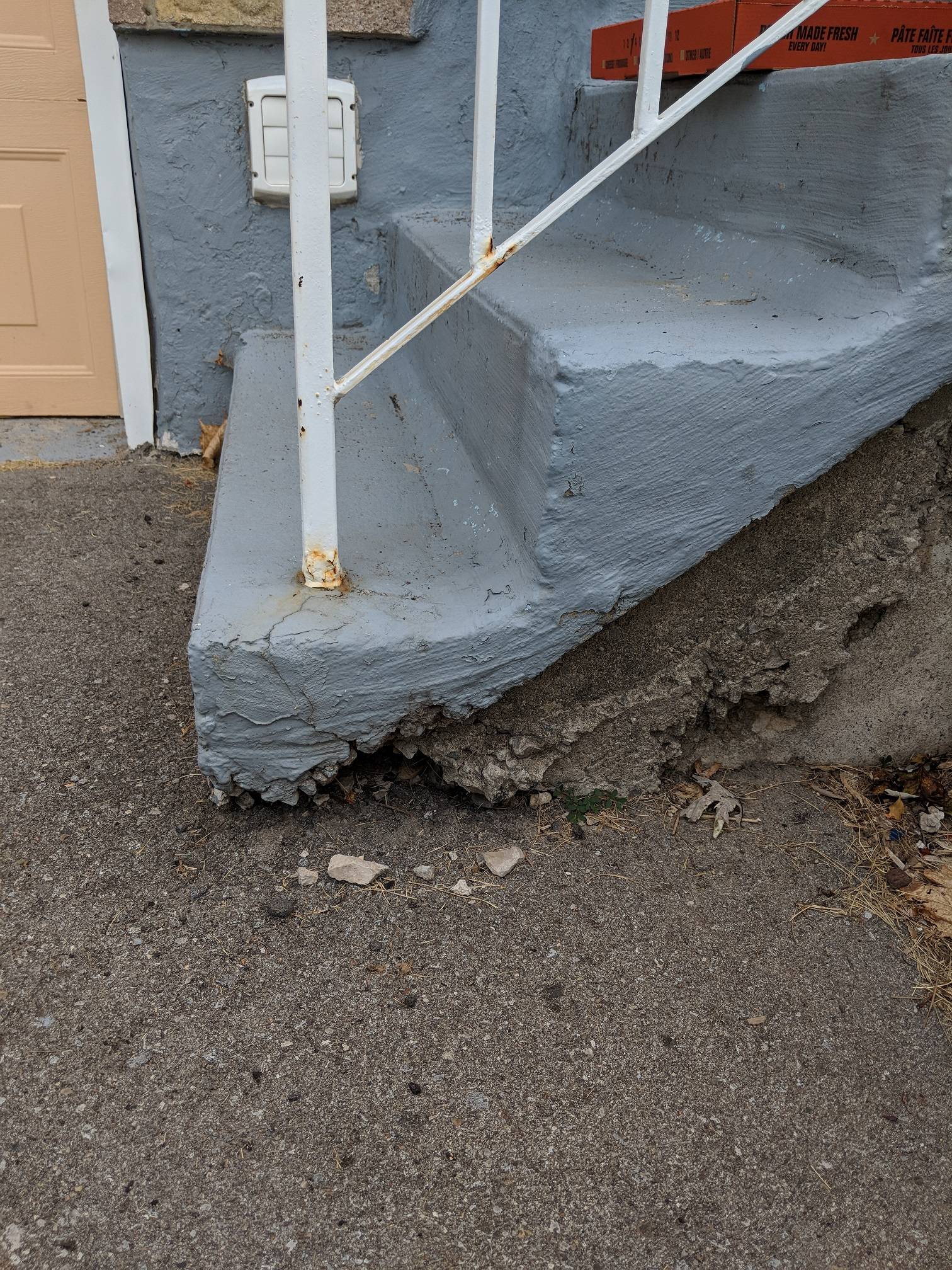 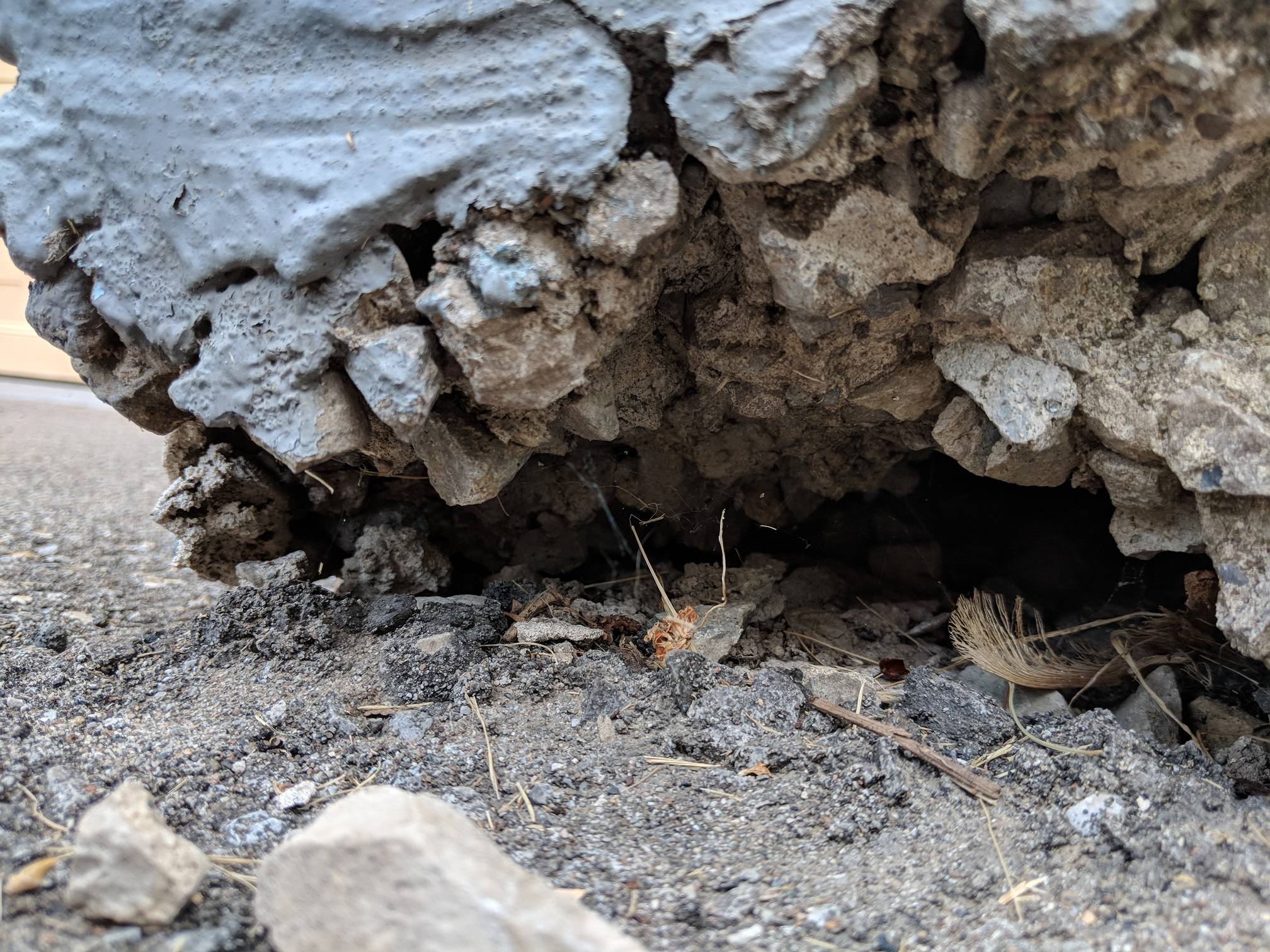 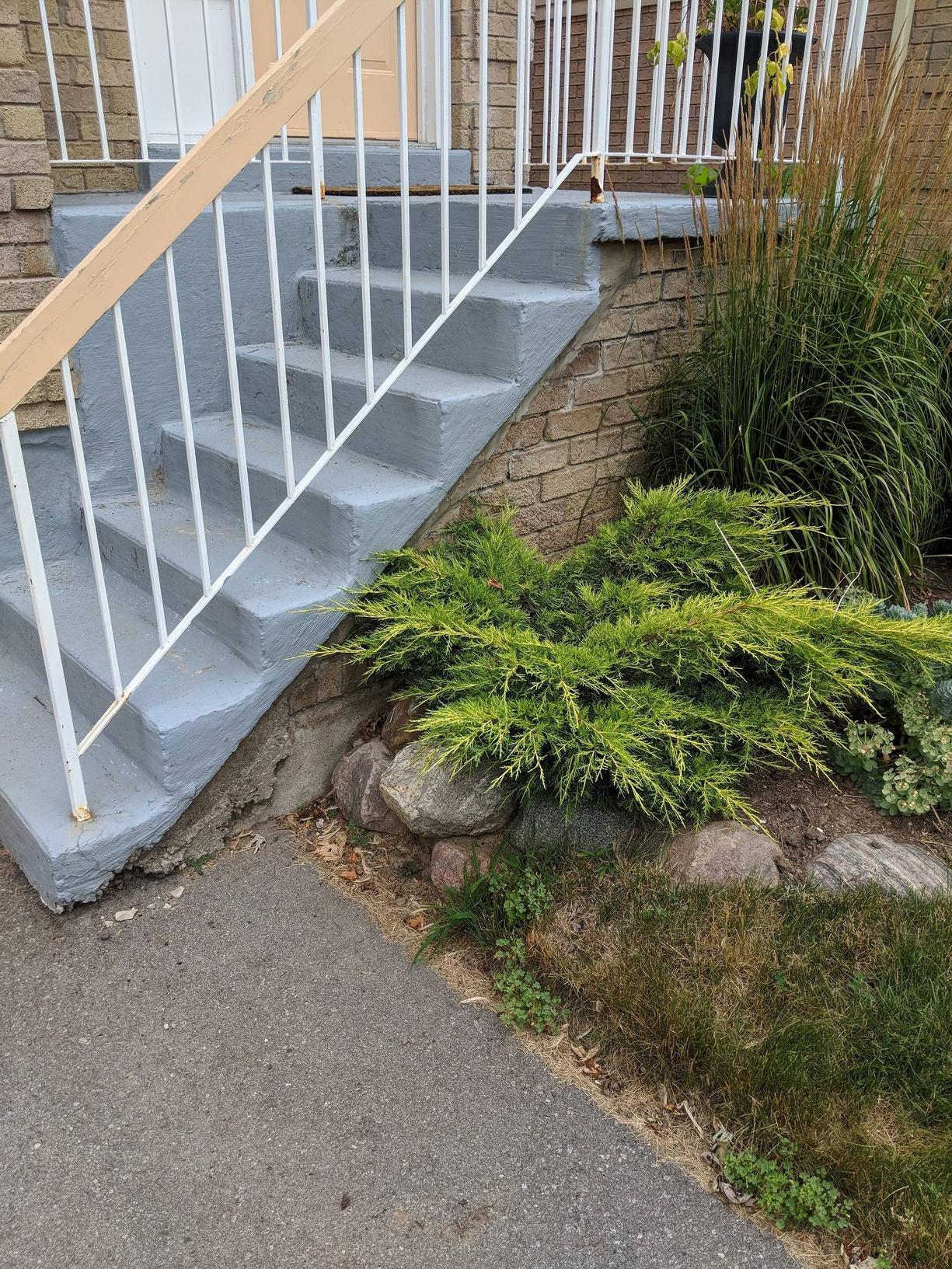 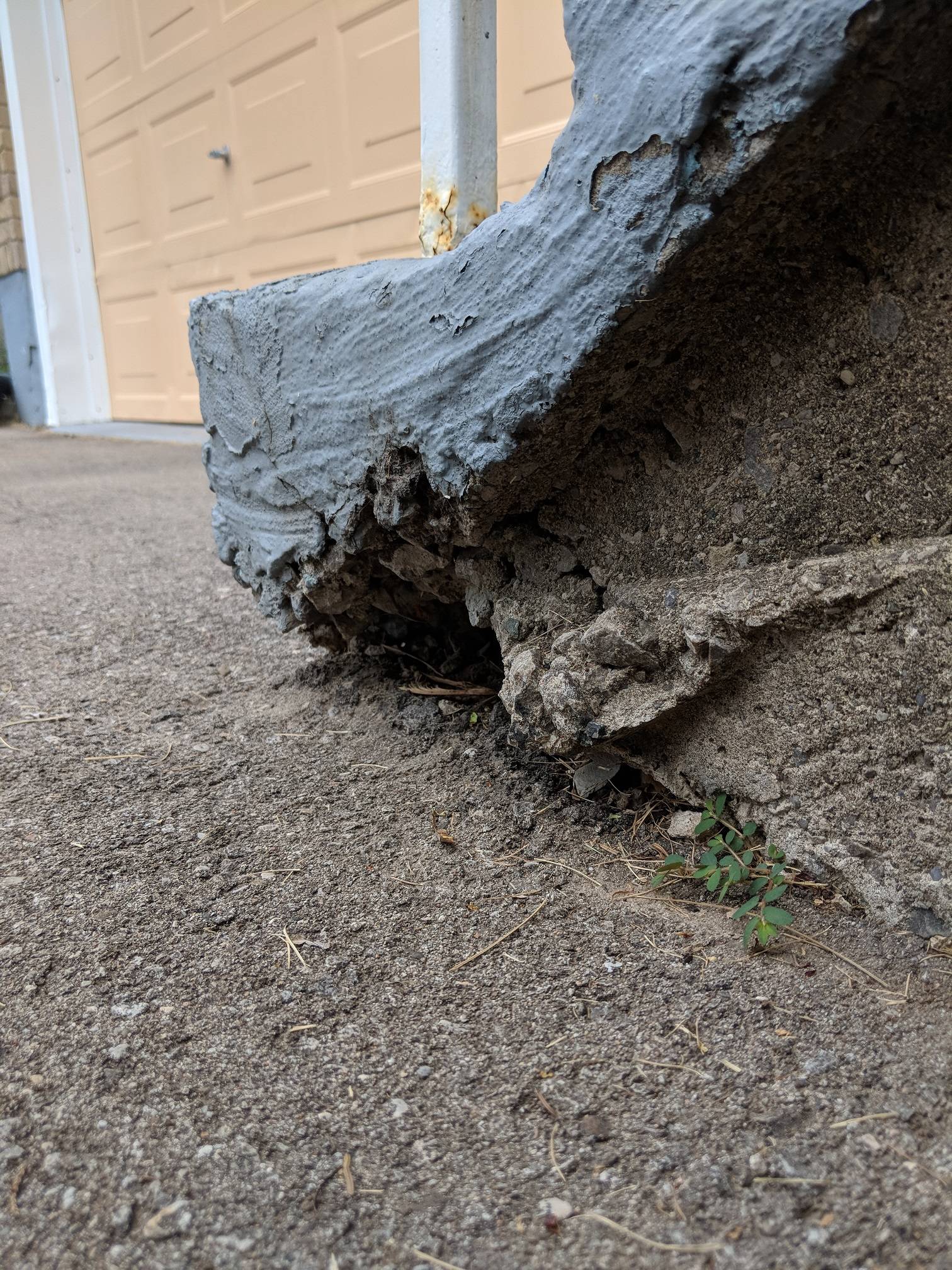 Thanks for the suggestions everyone. I ended up using concrete and some pieces of scrap wood as make shift forms. I also pushed some concrete back in behind using a broom handle as suggested by fixer1234. Since I didn't want to get wet concrete on the driveway I used a garbage bag and some masking tape to mask off the area surrounding the hole so I could just pour the concrete and push it into place with my forms (you can still see a bit of it left behind in the finished picture).

Some complications/gotchas that I encountered: 1. The pavement around the step wasn't entirely flat, so it was difficult to get the wood forms to line up squarely and stay in place. I ended up putting a couple bricks behind to push them into place and hold them there. 2. The concrete mix I bought was more granular than I would have liked, with lots of large stones in it which made it hard to get a smooth surface.

The fix is still holding well, and I think it turned out reasonable given that I've never mixed or poured concrete before :). Now I'm working on cleaning up all the rust and re-painting the railing. 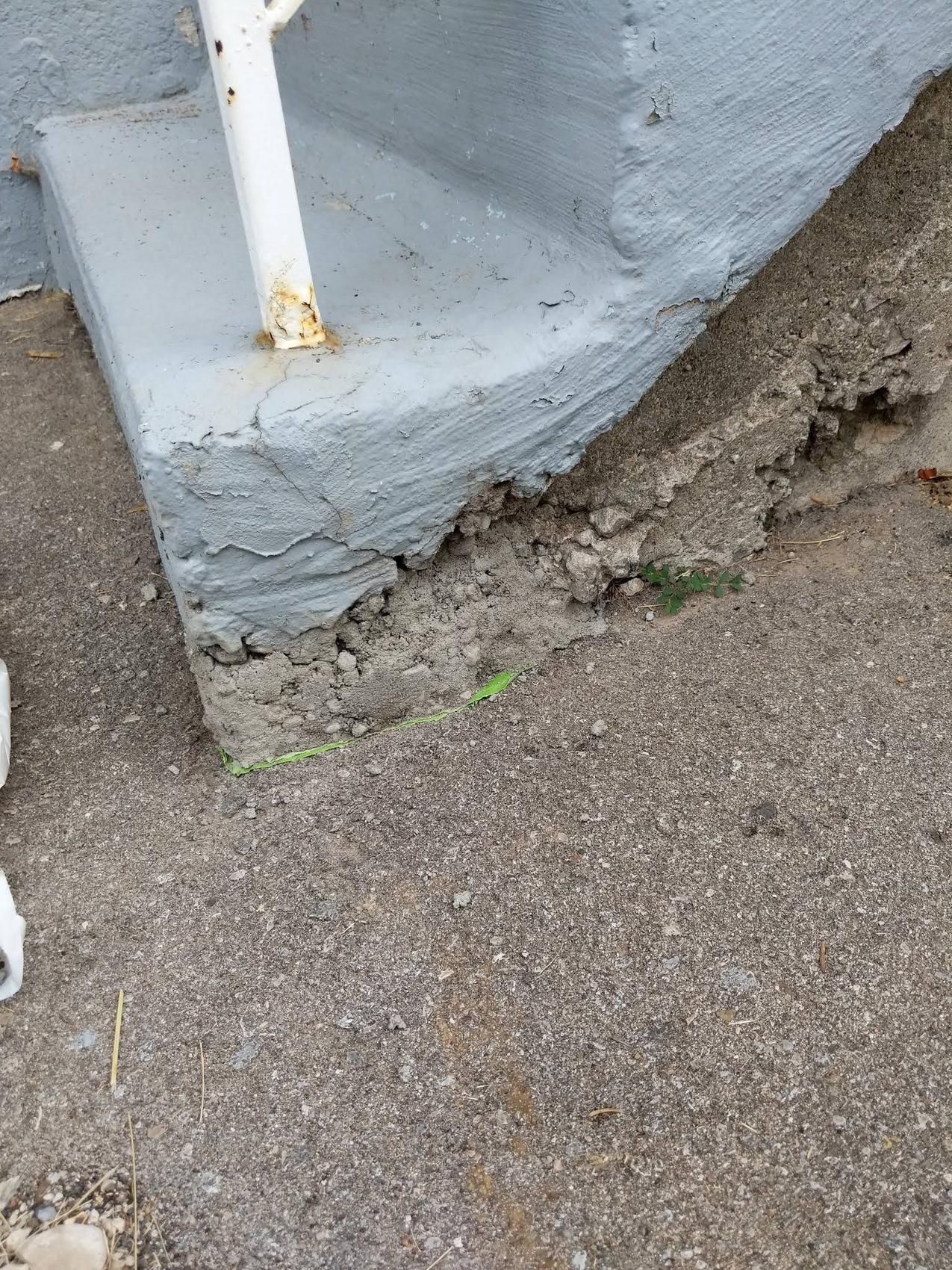 Not the answer you're looking for? Browse other questions tagged concrete stairs or ask your own question.

5
How to fix a through hole in a concrete step?
1
repairing concrete damaged by anchors
1
preventing water from entering my no-step entry
1
I want to improve my concrete basement floor, but not too much
0
Filling large hole in concrete floating floor
2
How to remove concrete paving stone from mold?
1
Suitable work surface and tolerances for casting concrete countertops
1
Fixing void on face of concrete steps
0
How can I extend a concrete step without repouring?
0
Advice on building a livable cabin floor on a concrete slab with insulation and plywood