I would like to ask for your feedback on the deck frame illustrated in the image below. It is a ground-level, free-standing deck.

All your feedback is highly appreciated! 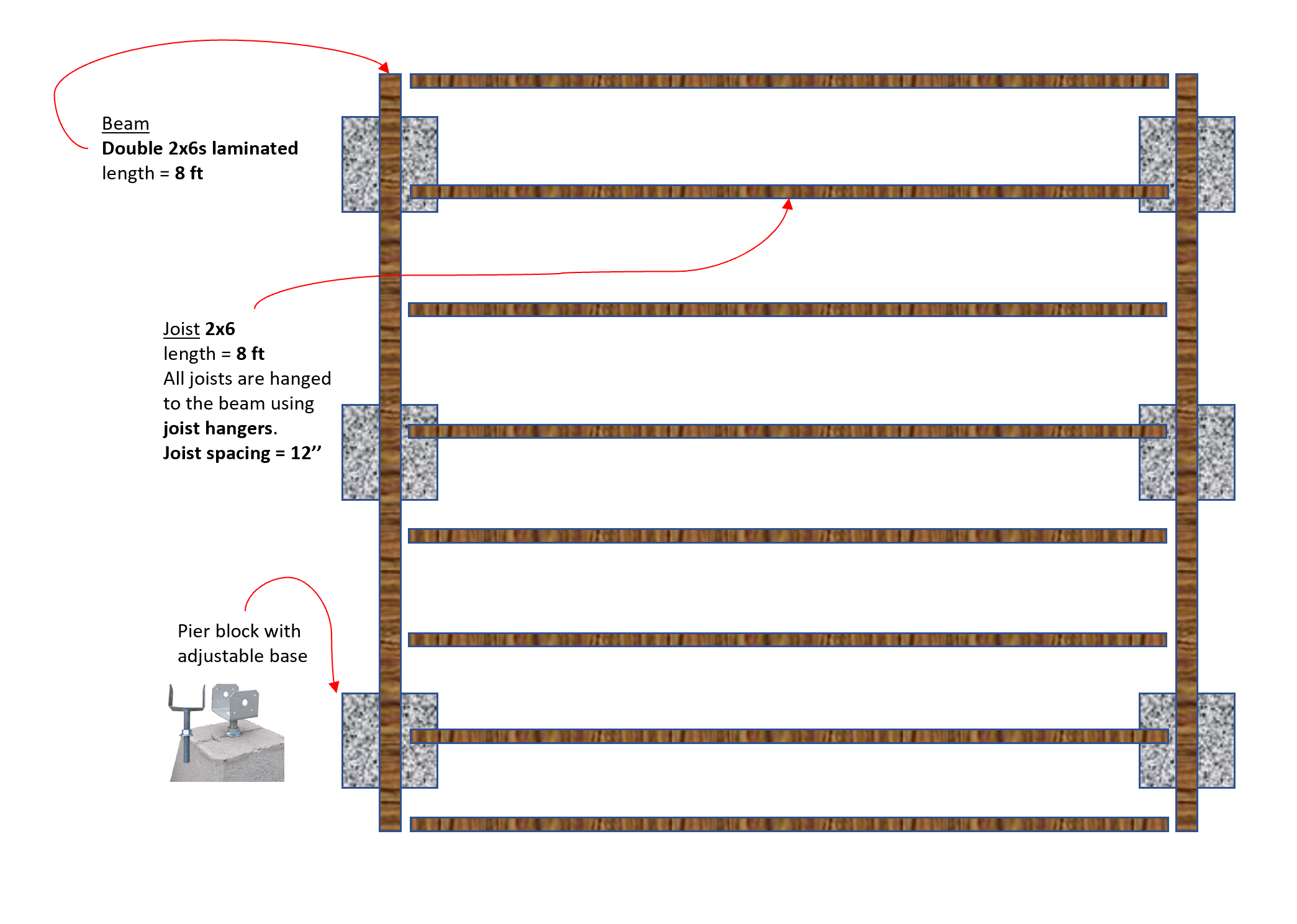 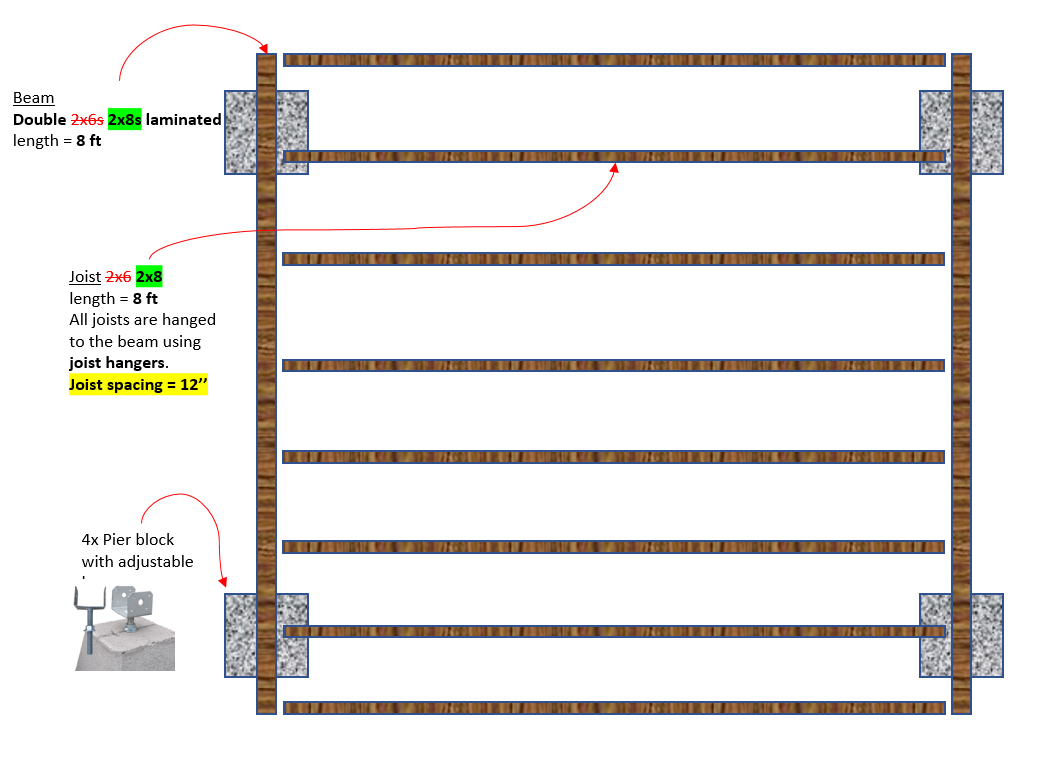 I think your second iteration is workable. I'm not sure 2x8 joists would meet code, but I believe that they'd be appropriately strong and rigid. For an 8x8 deck at that height I think that's exactly what I'd do, except I'd go 16" centers. The extra joists and decking fasteners probably aren't going to provide any real benefit (unless you expect to have more than a few people on the deck at once or will be setting a hot tub on it).

Looks like 2x6 joist lumber is not an option per IRC, and for 8' joist span your 8' beam would need to be 2-2x10s minimum (or other options depending on wood species).

IRC deck framing guide courtesy of prior question by @psaxton

The challenge here is to do the minimum that will work, but not less than the minimum. One incremental change I can see would be to sister an additional 2x6 (maybe 2x8) in the middle third of each joist. This would reduce deflection in the middle.

Even better to prevent downward deflection would be to use long metal strapping on the underside of each 2x6 joist, extending over the middle 1/3 (2/3?) of each joist. This would be either flat or angle. The underside of each joist is under tension when loaded down and a metal strap nailed with multiple nails along its length would resist deformation with little increase in weight.

Real designers could surely come up with a truly minimalist design that would use half the wood that an amateur would think was necessary. For example, I'll bet trusses out of PT 2x2 lumber would work. There are youtube videos showing how to make a set of identical trusses. Gusset plates would be from PT plywood, waterproof glued, and nailed with stainless steel nails or just deck screws.

My instinct is that 2x8's on 16 in centers for the joists should be fine. I would probably use 2x10's for the beams. I would put a row of staggered blocking down the middle of the joists. Don't forget to put the crown UP on all the lumber. After all that, you could probably drive a car on it.

Not the answer you're looking for? Browse other questions tagged framing deck load-bearing or ask your own question.