Is my plan for moving return duct a few inches ok?

Below is my ac unit and the return duct that connects to the blower. I currently slide my 1-inch filter under that pvc pipe that's inside the furnace. PVC is in the way and there is no L-shape latch in the back of the furnace for the filter to hold, its only only in the front. So the filter gets sucked towards the blower. I decided to install 5" media air box outside between the furnace and return duct in the picture where 1 arrow is pointing.

Problem is, the return duct that's marked as 2 in the picture is not coming down straight, it leans towards the right which is why they installed the green flex duct or whatever its called and I won't be able to install the 5" rack like this because there will be some space in between. I have move the return duct to the right by couple of inches, Can I simply remove the duct and align it then cut the top duct by few inches and cover the old space?

I will also move the condensate pump to the left of the furnace first.

In pictures you can't really tell clearly but that long duct is not straight. It needs to be moved 1-2 inches to the right to make it straight. 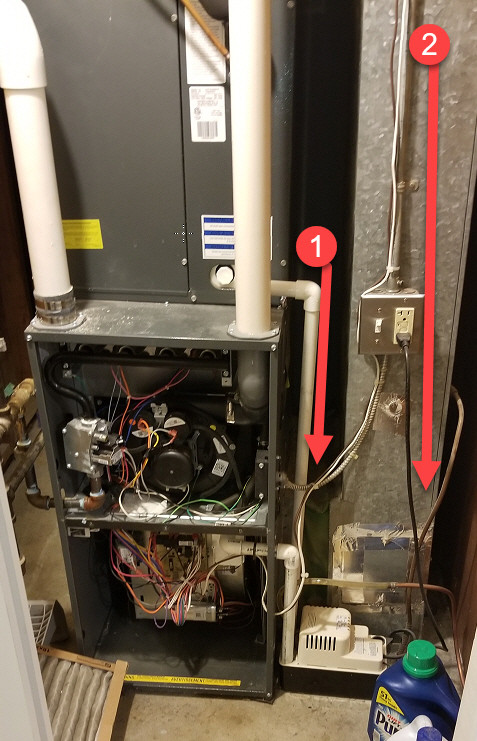 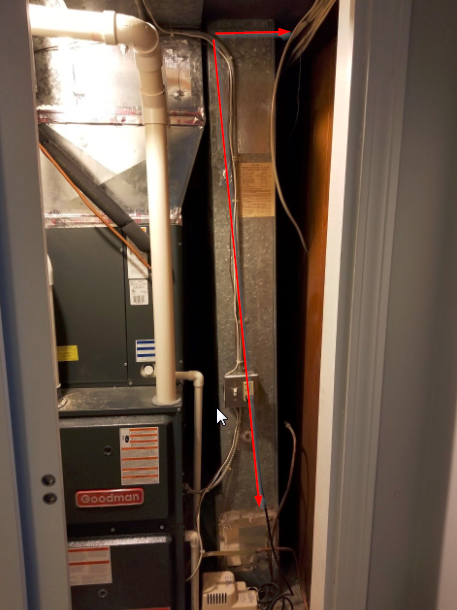 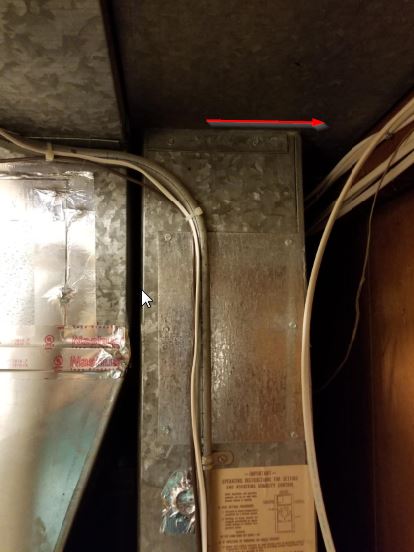 Here is what I would do. First, move the condensate pump to the left side of the furnace to get it out of the way of the return duct. Make sure that you add enough pipe unions so the pipe could be removed for furnace service. You may even be able to use a flexible tubing instead of the rigid piping. I would then measure from the bottom of the return duct to the wall to see how far I could move the duct. I would draw a diagram of the duct I would need with an "S" offset to move the duct to the right as per the drawing. Disconnect the whole return drop from the horizontal piece to the furnace connection. Take the duct that you removed and your drawing to a sheet metal shop and have them fabricate the "S" offset or a completely new duct including a filter rack. Also have them add a canvas connector to the vertical run to make installation easier. You could then take the new duct to your home, install it, and you now have an easy filter change and a correct duct. If this out of your expertise, you could call an HVAC shop to do the work. Hope this helps

5
How do I install a wood stove as an auxiliary heat source?
5
Is it safe to install a sconce light box inside a return air space?
2
Why would said gas furnace keep shutting off?
3
Should my furnace closet have this huge duct opening into the unconditioned vented attic?
3
How to address loud cold air return
0
Should I change the routing of the return air flex duct?
0
Negative Pressure relief duct work for home
1
Is there some type of coating I can use to prevent condensate on my HVAC ducts?
0
Goodman Furnace short cycling because of high limit . Cant figure out why?