Can a single pole (normal/regular) circuit breaker be used in spots designated for tandem?

I recently purchased a house that failed inspection because of some oversized breakers. Of course, I had the seller get the circuit breaker fixed before finalizing the purchase, but I feel it is important for me to understand some basics around my circuit breaker. Mostly around 15 amp and 20 amp breakers and their correct cabling requirements. And also double pole vs tandem single pole vs "normal/regular" single pole.

So far this is what I've gathered from all the reading I've done:

Please correct me on anything that I think I am correct on, but actually was not correct. Also, I know one of my circuits at the bottom are flipped, I will be looking into that soon. 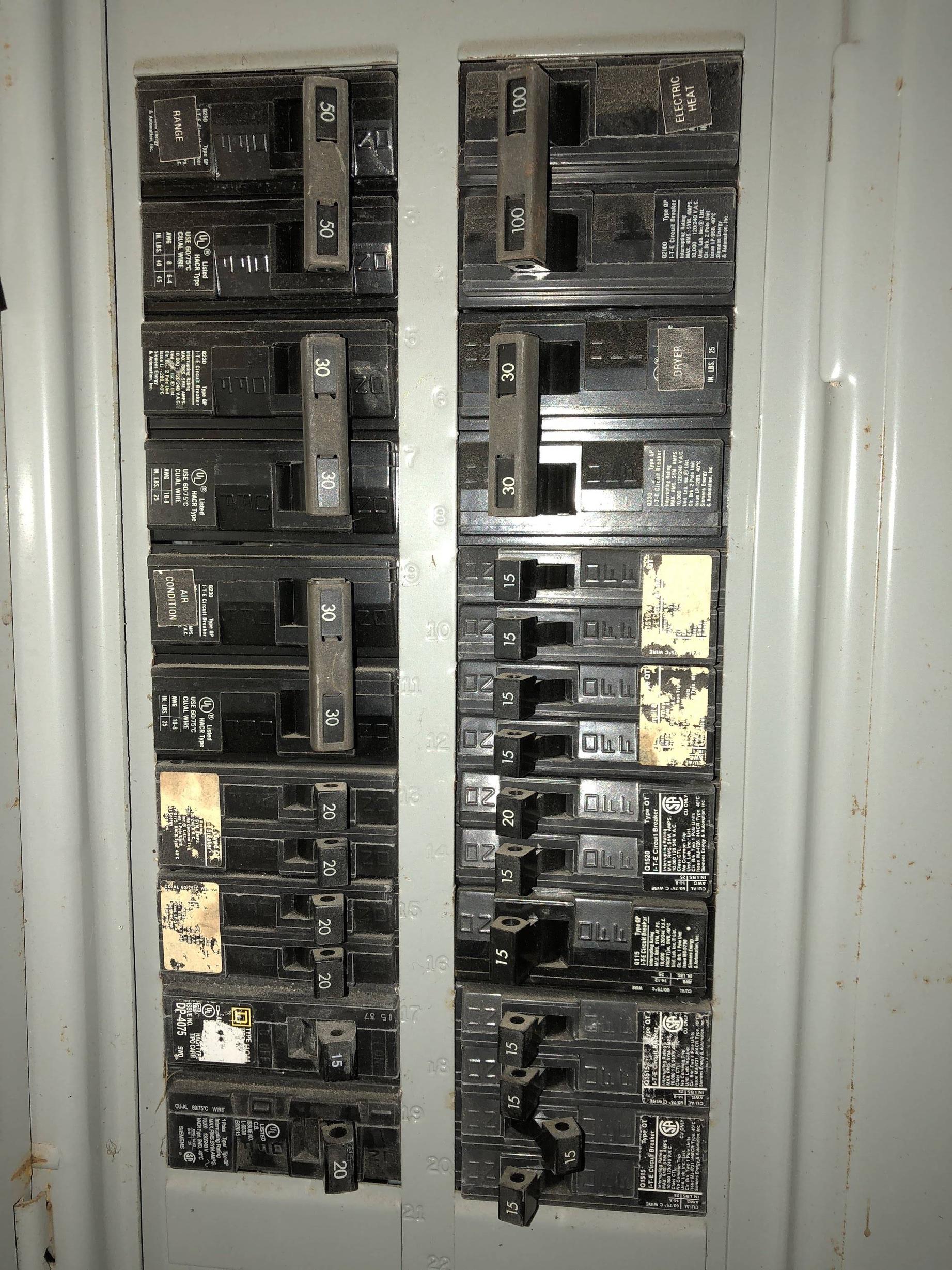 First, check out my answer to "What is a double-stuff breaker?"

Second, take a quick moment to educate yourself on "rule of six" panels. I am fairly sure you don't have one.

Generally, common 1-pole breakers can go anywhere in the panel (except in Rule of Six panels in the top section, because that would put you over six).

Double-stuff breakers can only go in spaces designed for double-stuffs. A typical panel will allow this in 0, some or all of its spaces -- though "all" is becoming rare. The labeling on the panel will say where they are allowed. Newer panels also have "keying" which makes the wrong breaker impossible, though older ones do not, and there's always the wiseguy with a file defeating the keying.

do you use single until you upgrade to tandem?

Tandem is a downgrade. The breaker will perform more poorly and high loading on one side will make the other side more susceptible to nuisance trip. Much worse, double-stuffs are not available at all in AFCI or GFCI, and virtually every residential circuit today requires those. What's more, remodeling must be to new codes and that requires more circuits.

Double-stuffs are the mark of a cheap builder who decided to save $30 by buying a 20-space panel instead of the 42-space the house actually needs.

what does "circuit breaker was oversized" mean?

An oversized breaker means somebody made a mistake, or swapped in a too-large breaker because he was overloading the circuit and got sick of the breaker tripping. Replace the correct breaker. Breakers are $5.

It's more defined by the absence of a label like duplex or quadplex. To be more specific, call it a 1-pole breaker or 2-pole breaker.

Yah. Only use breakers listed for that panel. I certainly hope your panel is a Siemens/ITE because almost all your breakers are listed for those panels.

The Square D Homeline breaker in position 17 is the snake in the stick pile.

Now a lot of people go "oh, but they fit". Those people aren't qualified to decide whether they fit, that's UL's job. There are several brands of 1" breaker that will mutually snap in, but if you have any experience you'll notice the insertion force is all wrong. That's because the busbar blades are each shaped differently, and each breaker is made to mate with its family's busbar and not the others.

There is such a thing as a "classified breaker" made by one brand specifically for another brand's panel, but if square D made such a thing for Siemens, they would never market it as Homeline (HOM).

Can a single pole (normal/regular) circuit can in spots designated for tandem?

I have to retract my earlier answer to this question. I had bad information. Yes, standard breakers can go in tandem permitted slots.

Almost like backward compatible; the circuit breaker can accept normal/regular or tandem. You typically use normal/regular until you need to upgrade to tandem?

You use tandem to save space and run extra circuits when you have no more room in the box. It's faster and easier than setting up a sub-panel or putting in a larger box, but it might lead to you using more power than your box itself or main feed is rated for.

What does it mean that the circuit breaker was oversized?

That the breaker allowed more amperage than the wire could support. If you run a 20A breaker over 15A wire you can end up causing a fire.

I probably frustrated you calling it a normal/regular circuit, what is it actually called?

A circuit breaker. The language you used is fine.

Are there are other general rules I should know?

This is really too broad to answer... we don't know what you DON'T know.