Can someone tell me what/how there are 4 wires on one switch and if they're necessary?

So I'm swapping out this old switch for a new decorative paddle one and found that it has four wires attached. Two black attached to the bottom right, one black to top right, and one red on the top left? Is this safe? What would the purpose behind this be? And is it possible to buy this switches still? Thanks 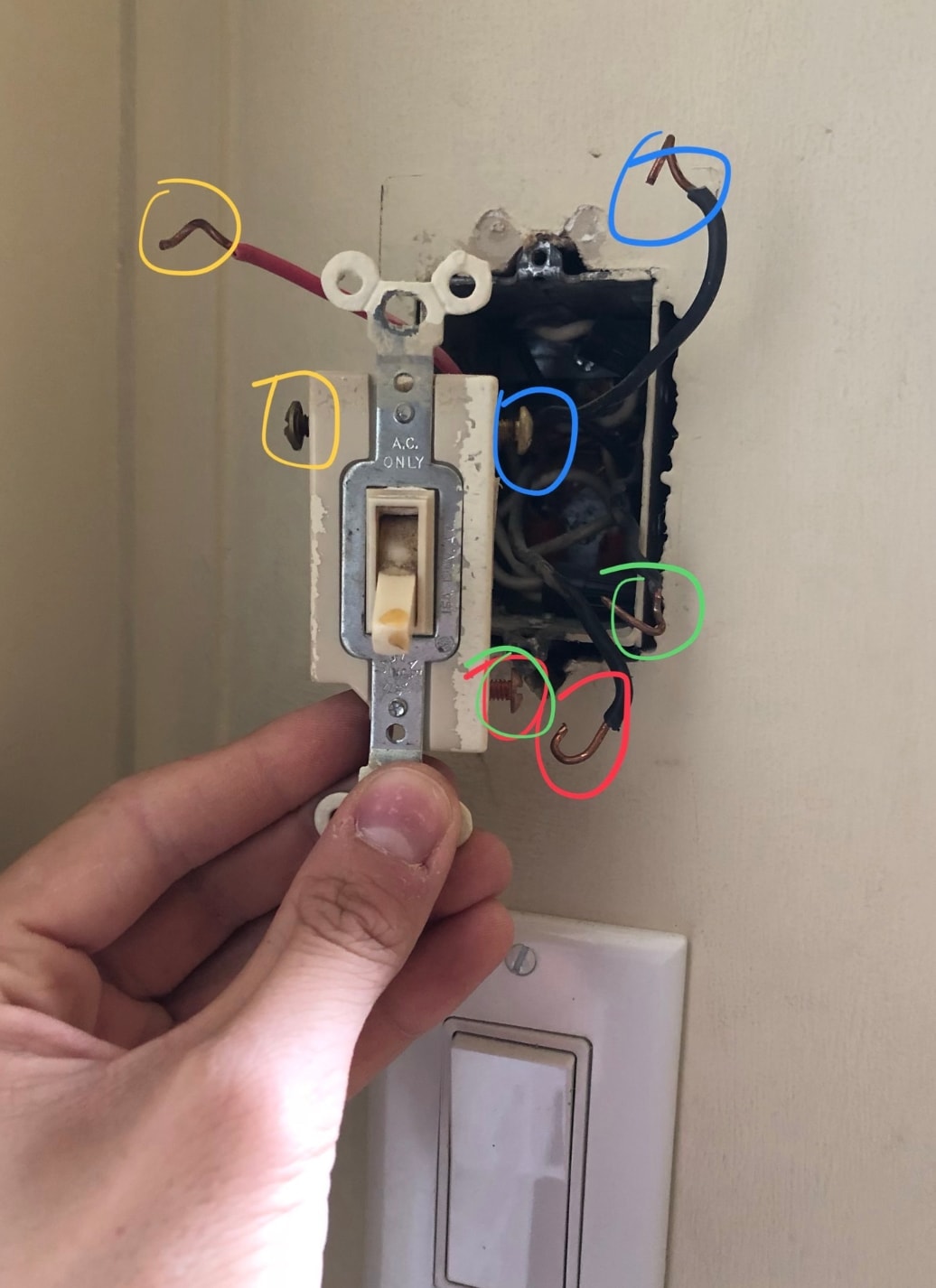 You need a 3-way version of the switch you have

Take the new switch you got back to where you got it and ask them for the 3-way version of it, as your existing switch is quite clearly a 3-way switch. Once you have a 3-way switch in your hands, there will be 4 terminal screws on it: 1 green ground screw, 2 screws with the same color (often brass), and 1 differently colored (usually black) screw.

The screw on lower right is probably being used to connect those two (black) wires to each other. The fully correct way to do this is to secure the two wires and a third short wire (called a "pigtail") with a wire nut and secure the other end of the pigtail under the screw.

If the switch you are using has wire leads, you put the correct lead in a wire nut with those two black wires. That screw on the bottom is the common. In one set-up with two 3-way switches the line hot is connected to the common of one switch and the load (the light) is attached to the common on the other -way switch.

If the pair of switches is controlling more than one light fixture, then multiple cables will be needed. The cables for multiple lights could all be connected in one box with one of the switches or a single cable might go from one switch to one light, another from the 1st light to a 2nd light, etc. Or some combination of these two.

2
How can I wire switch to convert a regular outlet to half switch?
1
Light switch with one red and two black wires. Dont think it's a three way
2
Wiring a ceiling fan and light switch with two three-cable wires
3
Changing old light switch 2 black wires and 1 red
1
Installing smart switches, instructions don't match my wiring?
1
3-way switch replacement mystery: can I solve it without a meter?
1
What are the wires in this old switch box?
0
Why does my two way switch have four wires?