In three of ours rooms, we have Cat53 wired and I can see the lines all running to a central location from an access box. Outside, we have one line just hanging from the exterior wall. I can't find a clear central access point, or a good way to use the exterior cable. After a few days of searching I wanted to come here to see if anyone had any suggestions.

For some more context, here's how it looks outside (there's a Comcast box right above it, but it only has the connector to the incoming cable line). 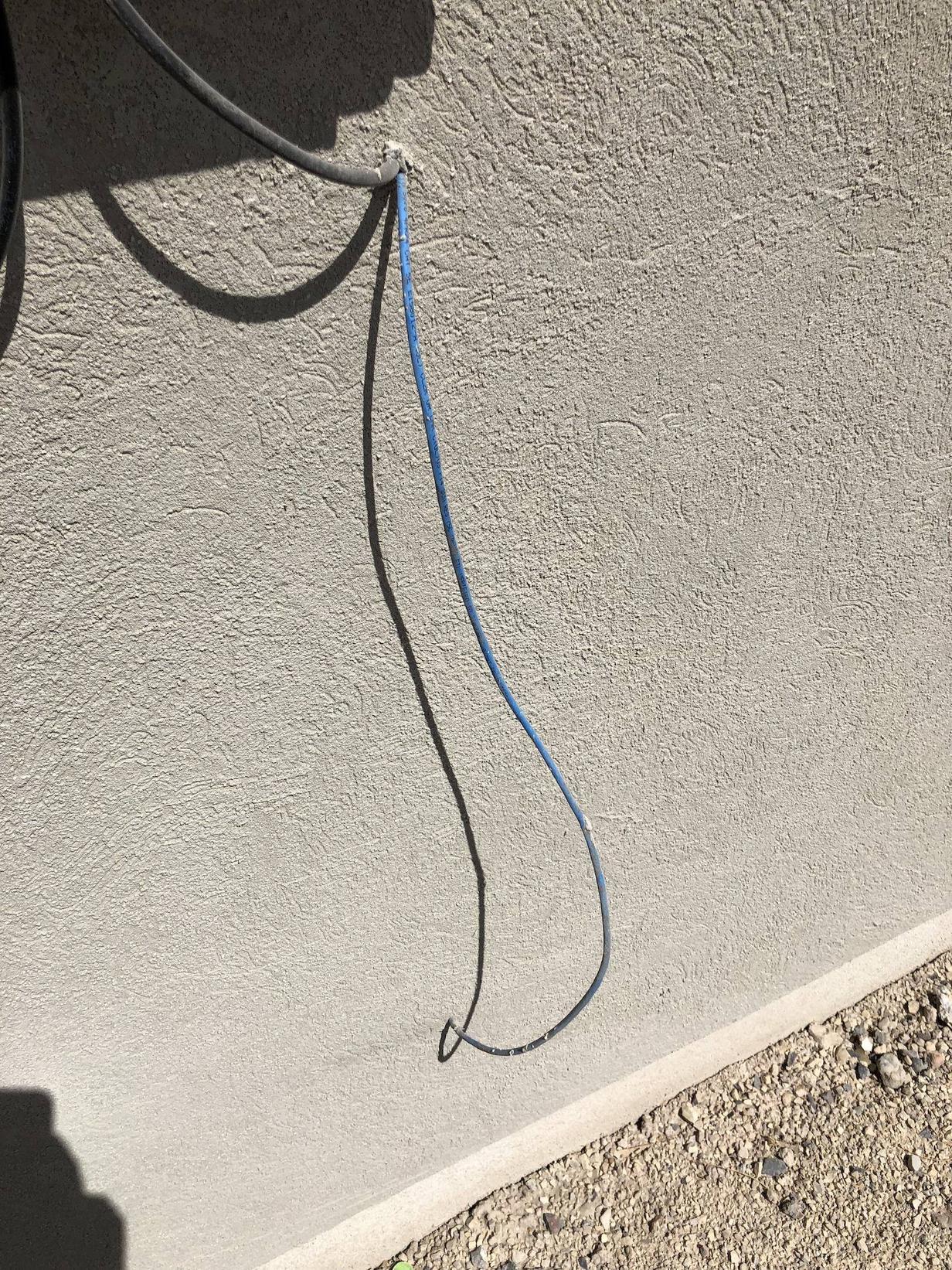 Inside, we have a small access box (covered by a white plastic cover) next to the main electrical panel. Opening it up shows all the cables coming in, but I can't see well where they're going: 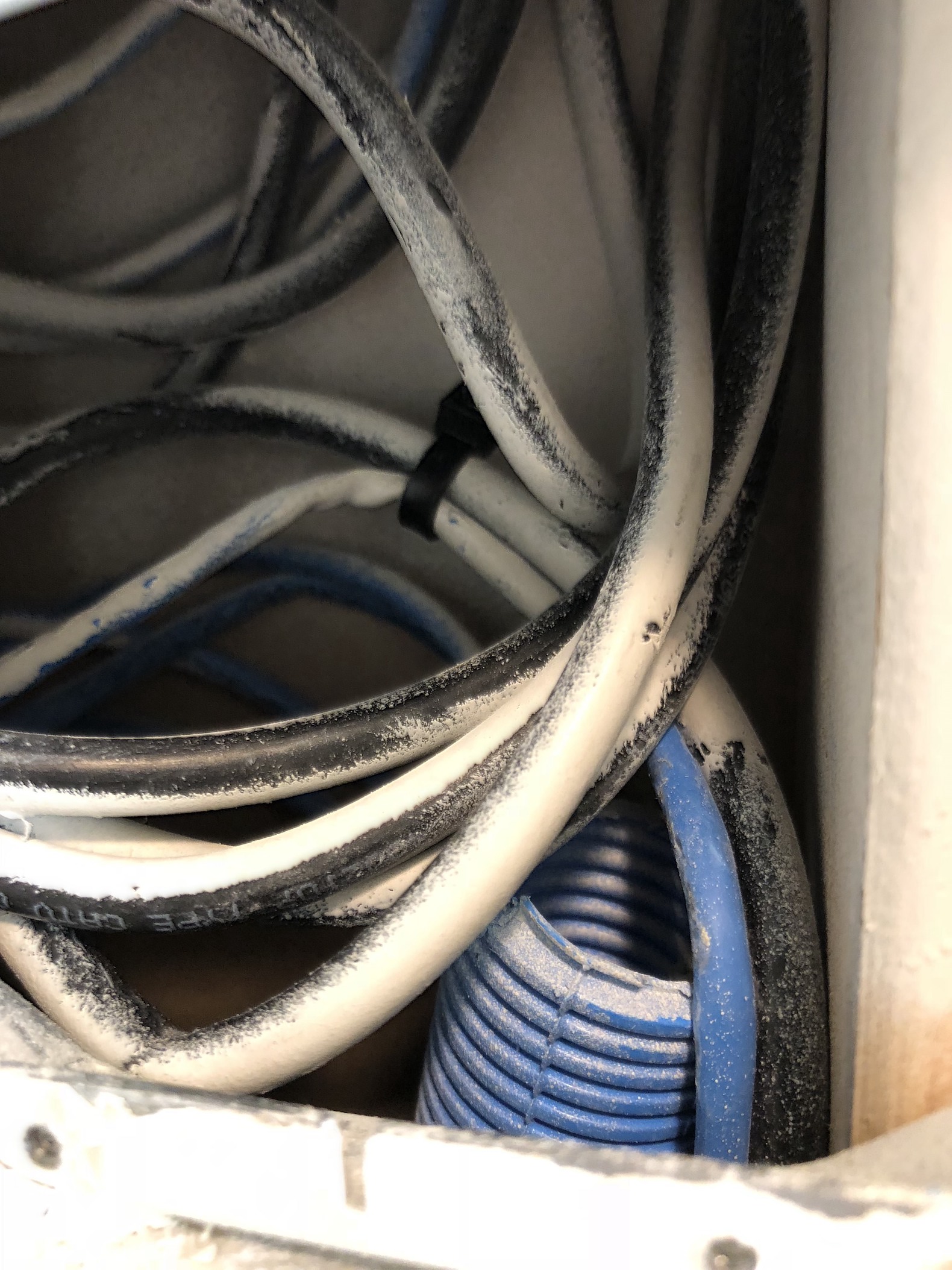 Has anyone else seen this before or know how to set up a network in this situation? I highly doubt they would terminate in the electrical panel, but is that even a possibility? Really appreciate any help!!

Adding a shot showing the electrical panel and white access panel to the side: 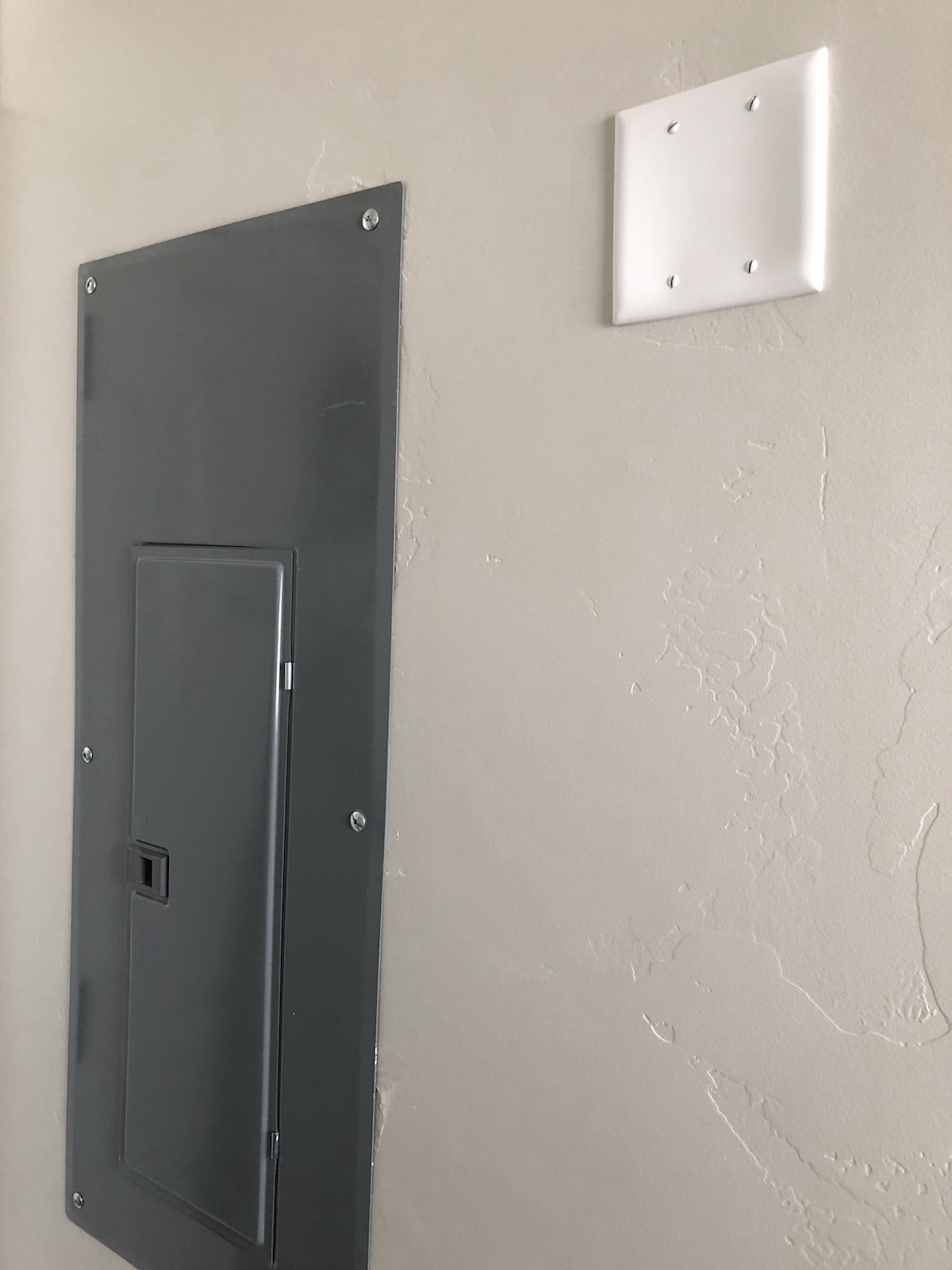 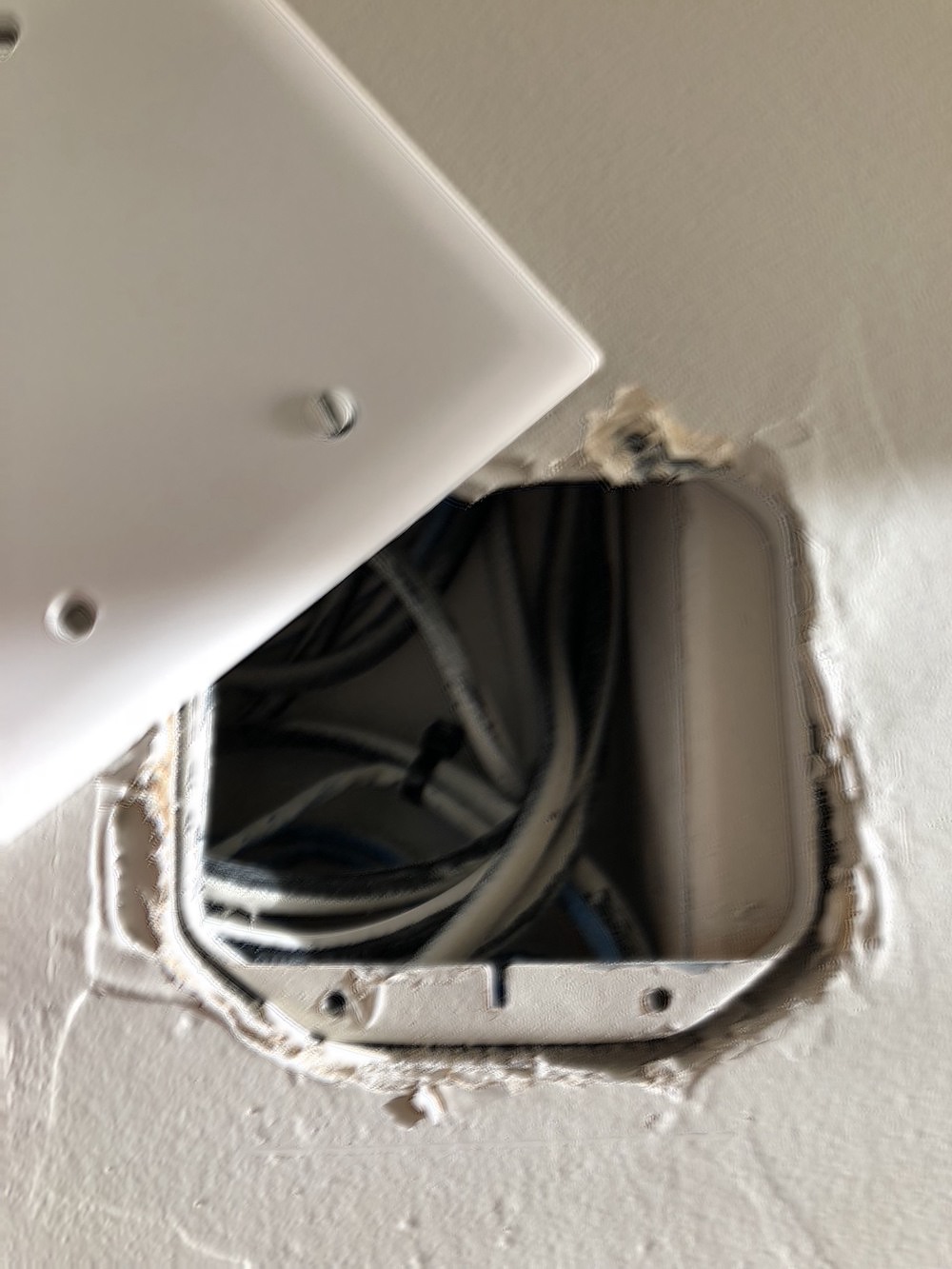 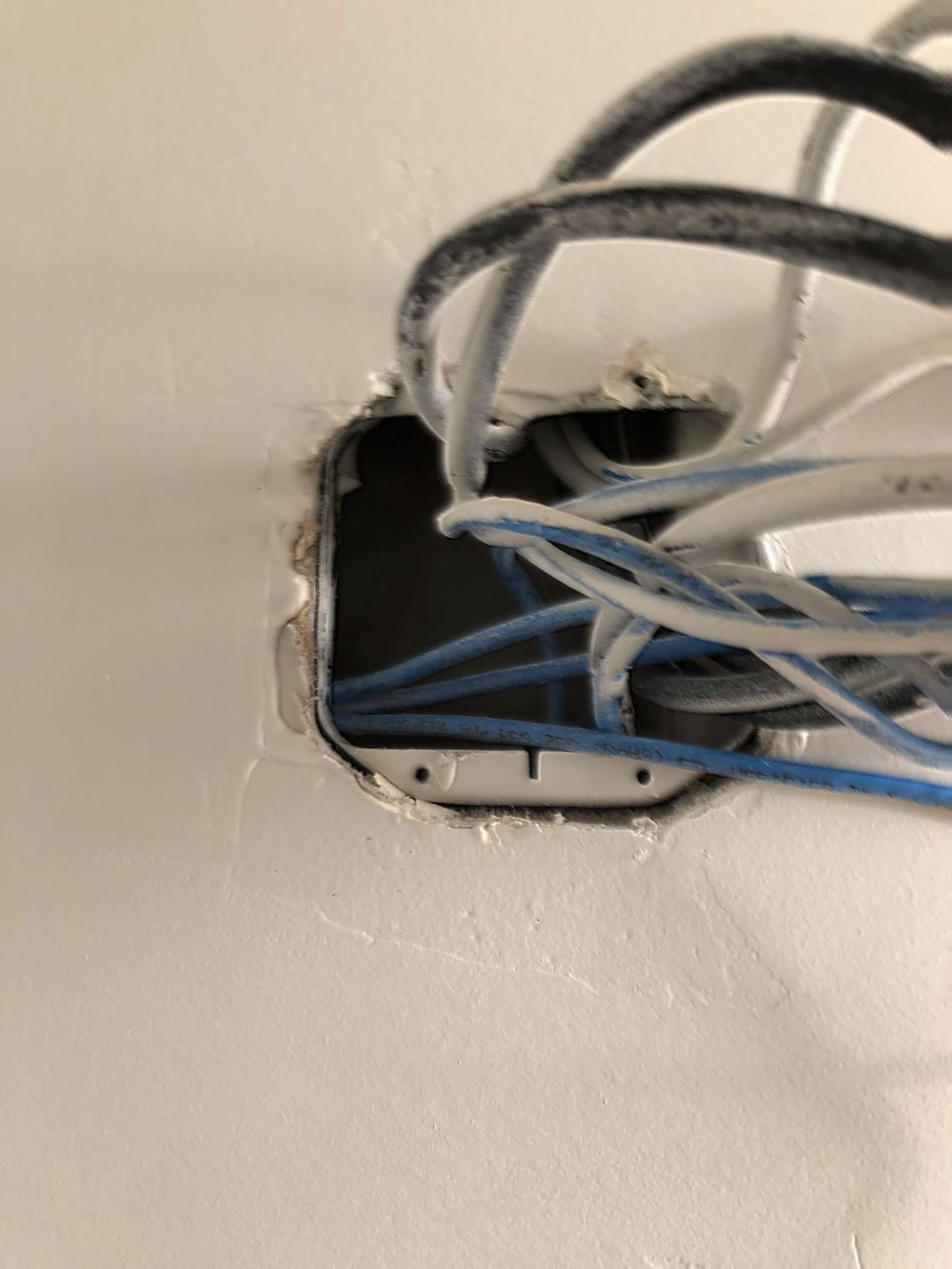 Looks like they were tied up/stapled to the wall back there: 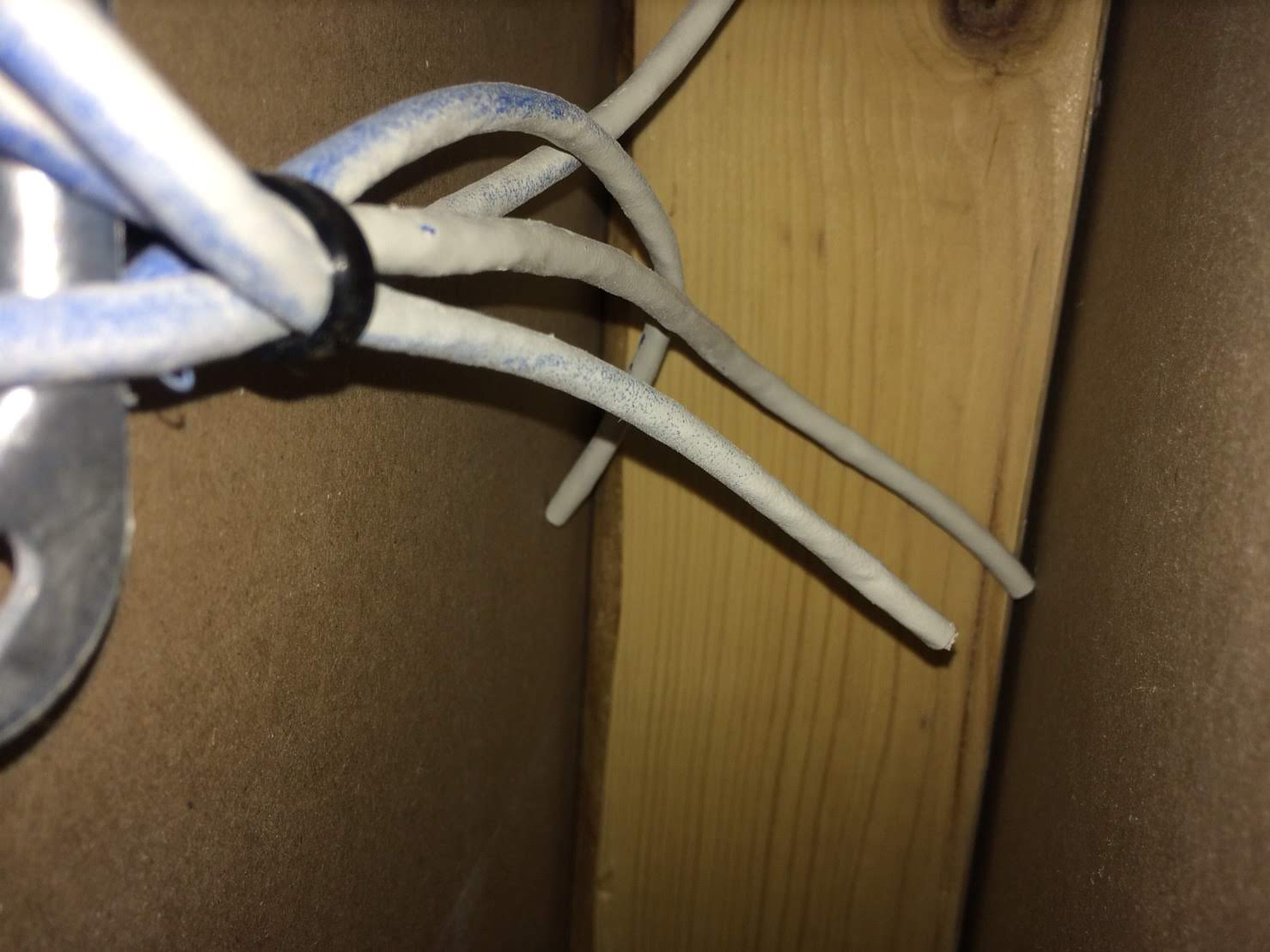 You won’t use the cable going outside. You would use that if you had phone company DSL instead of cable.

To make your other Ethernet outlets hot you need to add keystone jacks at those location as well as the location of the Comcast modem. (Use the T568B wiring standard throughout— you could use T568A and it will work—568B is more commonly used—whichever you pick, stick with it for all jacks, or it won’t work)

You also need to purchase a “fast internet switch” (yes I mean search amazon or google for exactly those words). It must have enough ports for the number of wires in the basement (minus the one that goes outside. (“Unmanaged” is the type, but don’t include it in the search because not all have that label, but many do—- don’t however purchase anything with the term “managed” for this application.)

Now connect all the cables in the basement to the Fast Ethernet switch. The wiring cabinet may have provisions for jacks, but if it doesnt the simply way is to buy cat5e surface keystones that hold 2 or 3 jacks and just wire them inside the basement panel, then use short Ethernet cable to jumper from those to the jacks on the switch.

Tyson's answer is very good. A couple of additional points:

As already stated, you need to terminate with Cat 5e jacks. You can use surface mount jacks. But much nicer will be to use the existing location. Note that is NOT the electrical panel, just the box that has the white plate over it. I saw references to the electrical panel, but you definitely can't put your low voltage wiring in there. Based on the picture showing a large plate with 2 screws on top and bottom, it appears to be a standard 2-gang box/cover plate. Search for 2 gang ethernet wall plate and you should find something good. If you have extra places in the plate for more (future) jacks, that's OK.

It shouldn't be too hard to figure out which wire is which, and actually doesn't really matter much with an unmanaged switch (which Tyson correctly recommended). But there is test equipment that can help to identify the cables, install jacks and to test the jacks as you install them. The names as listed will work well in Google & Amazon.

A tone tester starts around $20 - pay more for better quality/longer lasting - connects to one end of the cable and injects a signal which you can find using a probe just be being near the cable. Great for figuring out where cables are going and for figuring which cable is which when they are bunched together.

An ethernet cable tester starts around $9 (they've come down a LOT since I started network cabling 25 years or so ago, again pay more for better quality/longer lasting) connects to both ends of the cable after you have installed jacks and tells you which of the 8 wires are connected correctly/incorrectly.

This is for attaching the cable to the Cat 5e jacks. Some jacks will come with little plastic pieces that will do the job, but a real punch tool works much better.

3
House wired with Cat5e, but no central access?
1
How do I activate my Cat5e+ connections int my apartment?
2
Run cat5e/coax parallel to power conduit
1
Ethernet Cables and Coax Cables running outside house? How to Modify to Home Distribution Panel
2
How to set up home network w/ fiber from street & unterminated Cat5e in garage
5
Is there a way to fish a cable (network) using an existing one as a guide?
2
Fix/Move Ethernet on Side of House
14
House already wired for ethernet; how to engage?
0
What's the intended usage scenario of the Cat5e runs in my new house?