Why does my Shower Faucet Stem have water on it after a shower?

Diagnosing a constant dripping from my shower, I eventually replaced the hot water faucet stem. I have not yet finalized it with sealant or plumber's putty, so to dry the area of any resulting moisture, I've been screwing on and off the compression sleeve and handle every time I want to use the shower.

But, I have been noticing that after I use the shower and subsequently remove the handle and sleeve, the faucet stem has a collection of water on it that I wouldn't expect if I had installed everything correctly. 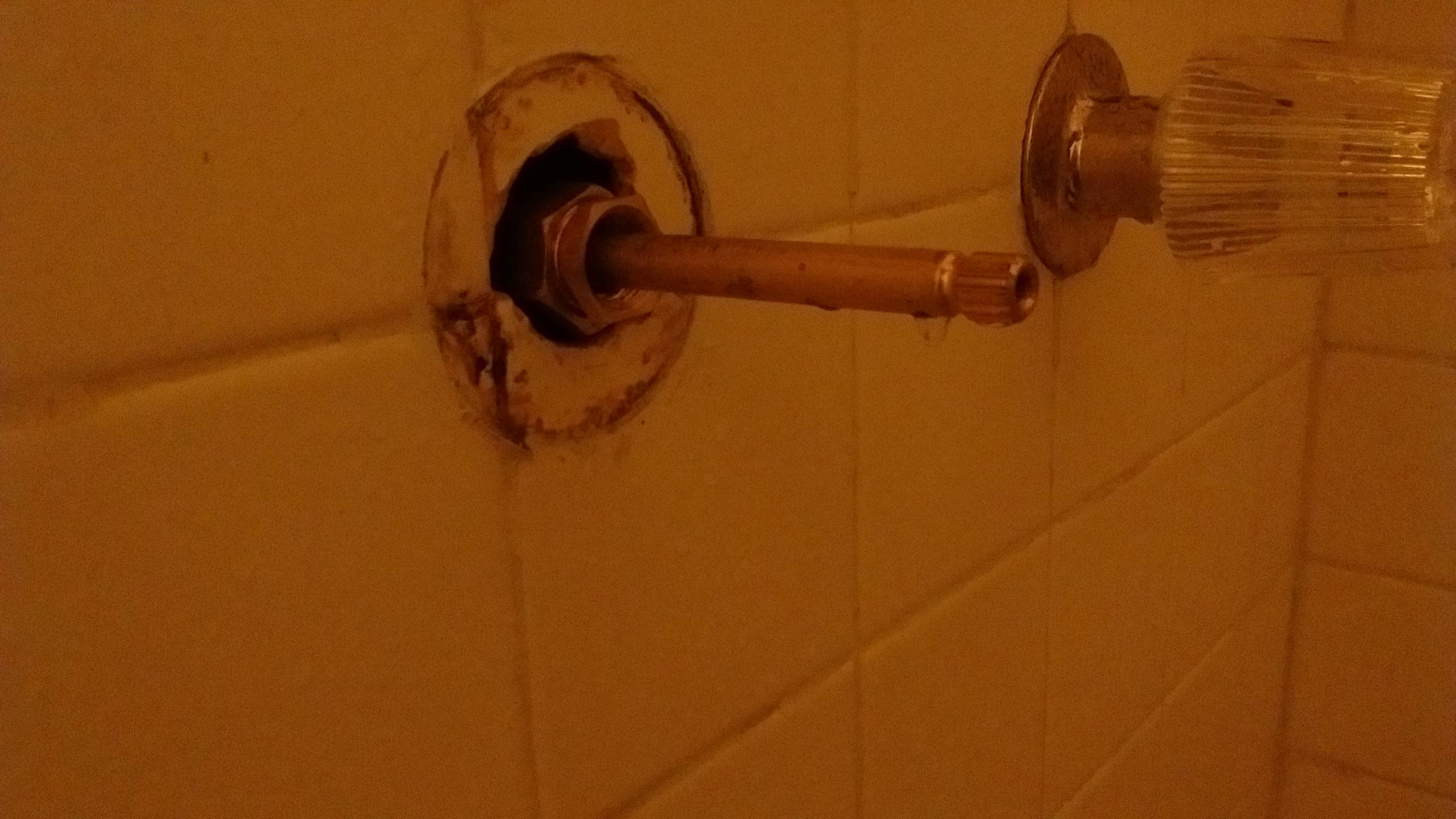 Feel free to suggest corrections to my terminology in the comments.

Your stem is getting wet because water is getting behind the escutcheon when you use it. Water gets everywhere inside a shower so it'll run down the walls, drip onto the stem, and then run down hill towards the end of the stem.

Seal the escutcheon with plumbers putty against the tile and you should find the issue resolves. 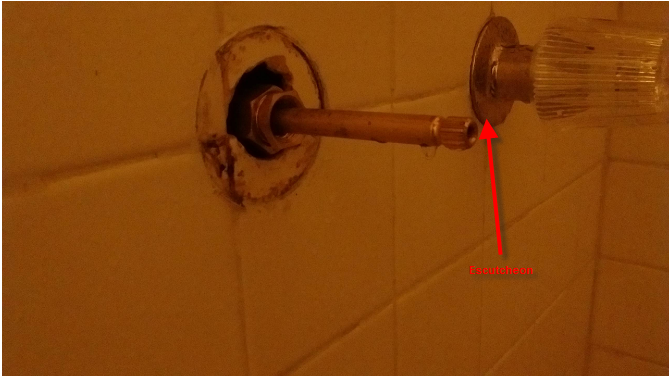 Not the answer you're looking for? Browse other questions tagged shower leak faucet or ask your own question.

0
What am I sealing as I install my Shower Faucet Stem and Handle?

3
How do I fix a leaky outdoor faucet?
2
Why is my Sterling three handle shower tub faucet leaking?
1
Repacked packing nut but sink is still leaking!
5
Why does hot water only run for 30 seconds in bathtub?
2
Can a low-flow shower head cause a leak behind the wall?
0
Identify this shower diverter valve
2
Repairing a leaky valve stem
0
How to remove bathtub faucet
0
Leaking laundry faucet, seems too well attached to pipe to come off
0
shower diverter handle leaks water into tub sayco 3 handle