I have a Samsung RF266 bottom-freezer refrigerator from 2010. The fridge part is working fine; the freezer part is suddenly not able to cool below ~35°F. 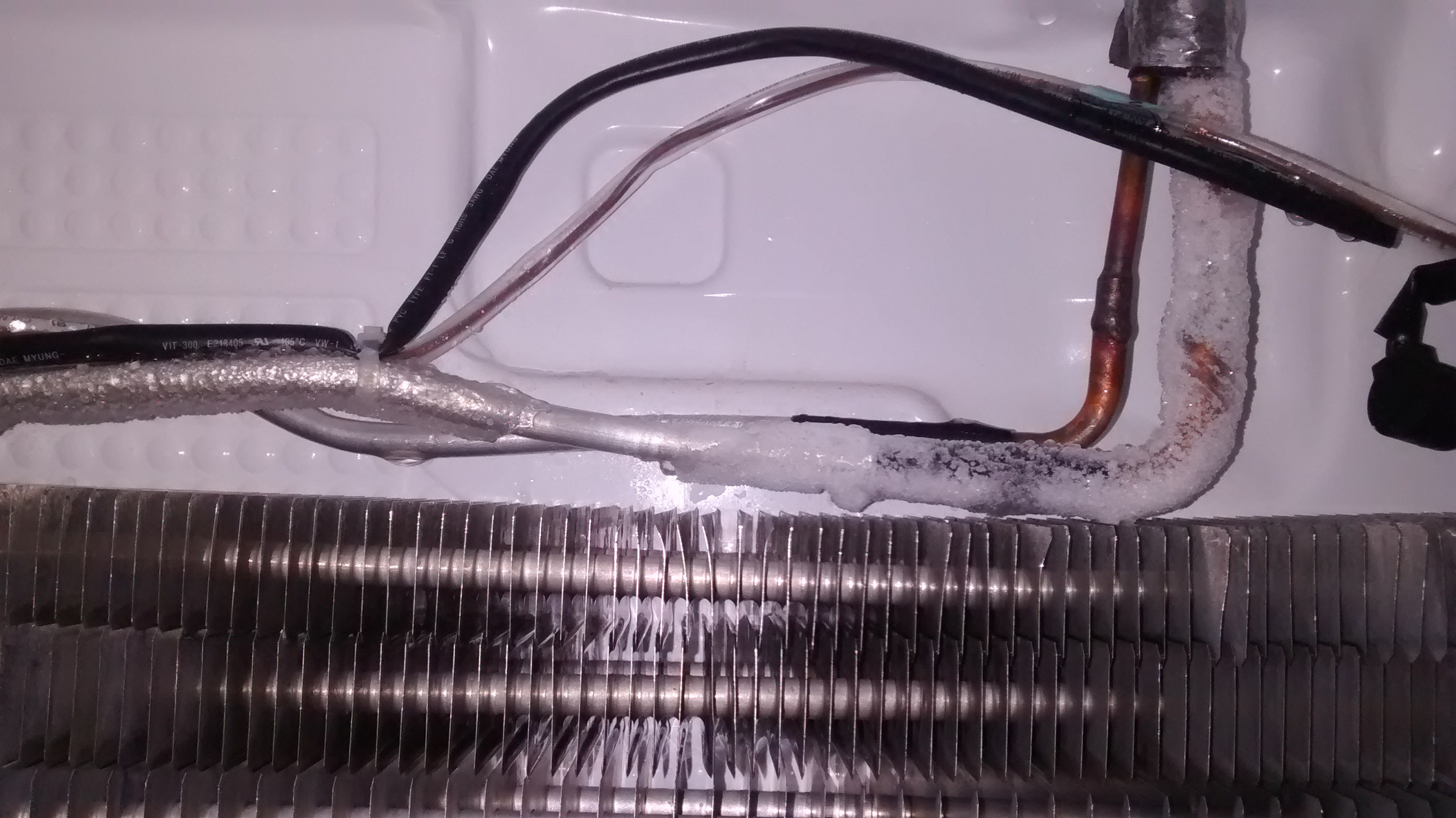 Any ideas on what might cause this? Is this a situation to try to repair or is it time to get a new fridge?

Based on my reading, the real sign of a problem here is not the frost buildup on the one pipe... but the fact there there is no frost anywhere else. 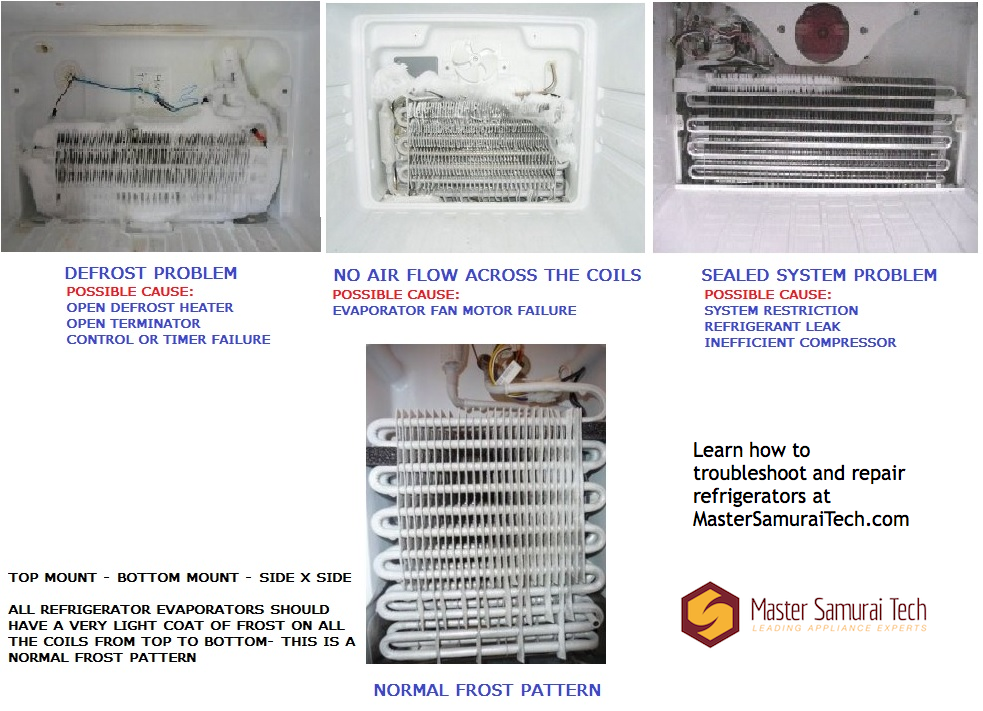 Similarly this (from fixitnow.com): 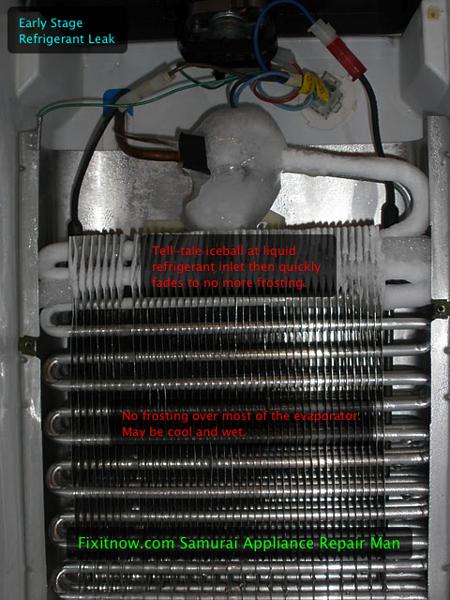 See also a discussion of a similar problem at appliantology.org.

It seems that this is very likely a refrigerant leak. As such it's probably not a DIY fix (certainly not for me) and it's probably more cost-effective to buy a new fridge.

As a licensed hvac person that mostly repairs very large units compared to this I have repaired a few fridges for myself and firends by adding the correct type of Freon. In most cases I have seen a fridge of this case will take r134 or r404, both are inexpensive but most inexpensive or downright cheap units don't have a port to add the Freon, for less than 10$ a clamp on port can be added, for about 75$ the system can be pumped down and a Schrader port added,,then the air pumped out again and the system refilled and topped off. I have had better luck with the Schrader port than the clamp on 2 of these have failed and after installing a Schrader port both worked, with cheap or small units the clamp on port is worth the chance. With a high end fridge I would go with the soldered a shreader nipple, it won't leak or less than clamp on and is just as easy to top off: not sure what happened to the rest of my answer but a low charge will cause icing. Most of the time it is not worth the cost unless you or a friend has the gear & license and not many help out now.