New light switch causing other switches to not work

I'm by no means a professional but I've switched out plugs before (we wanted white instead of almond) so I thought installing a new zwave light switch would be the same. I installed it fine, the switch works, however, we've noticed two other light switches no longer work (one in the kitchen and one in the closet, they do all share a wall). Is it possible for that new switch to cause the others to not work like that? It doesn't seem like it but again I'm no professional.

I did turn off the power to the house via the main switch to install the zwave switch. I thought maybe I tripped the breaker they're probably both on but I've switched every breaker on and off already and that didn't seem to fix anything. Any ideas? 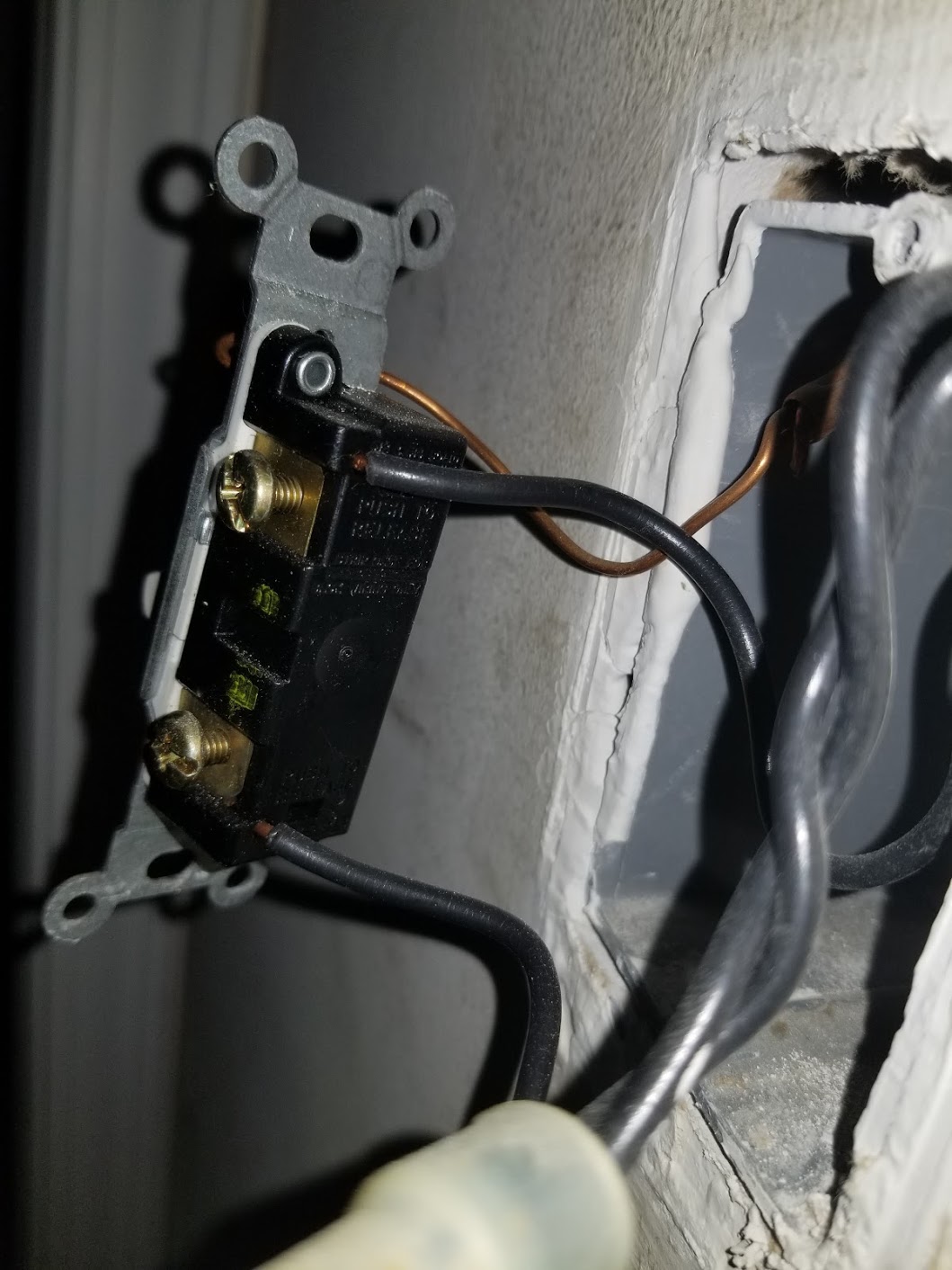 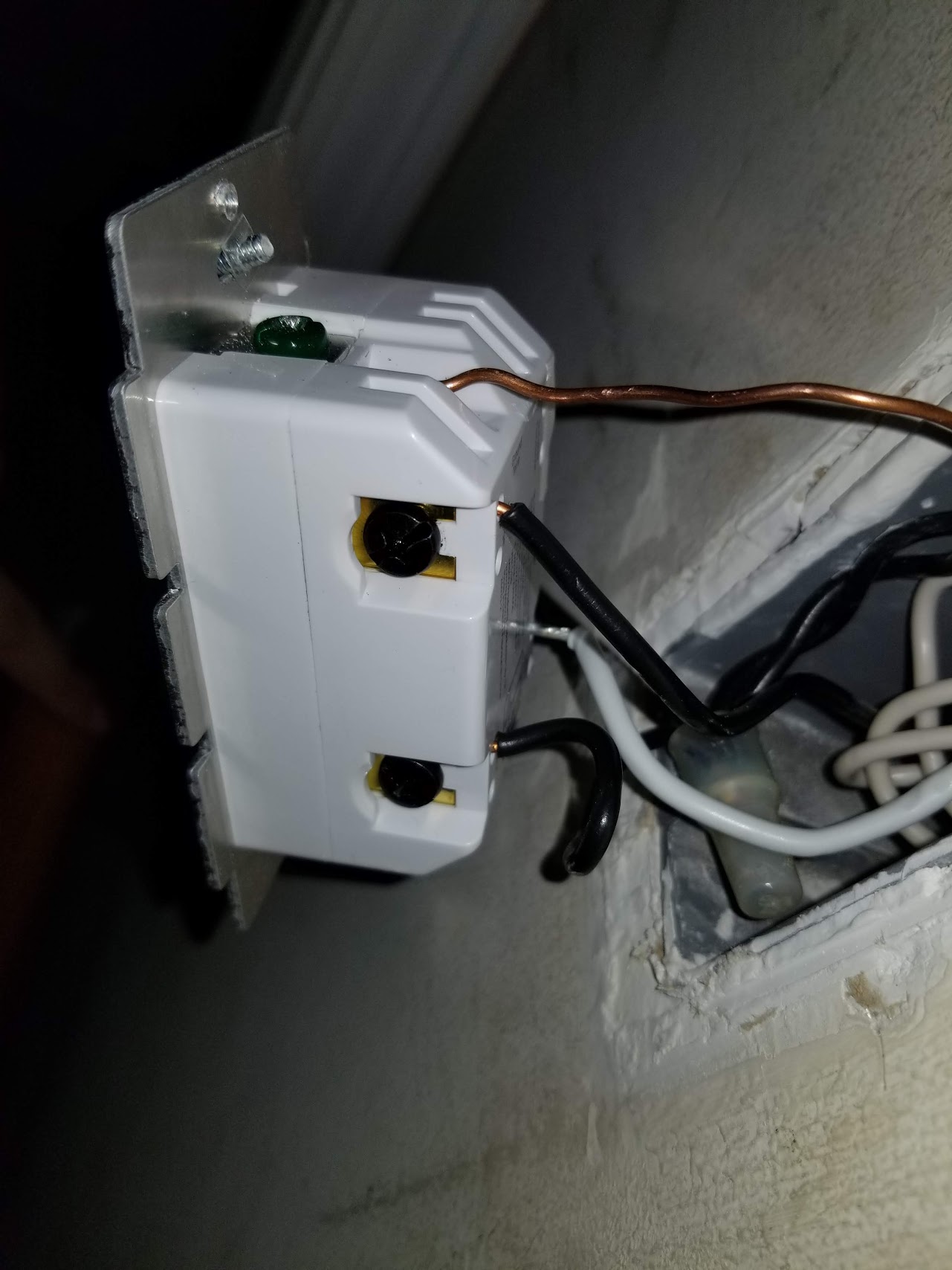 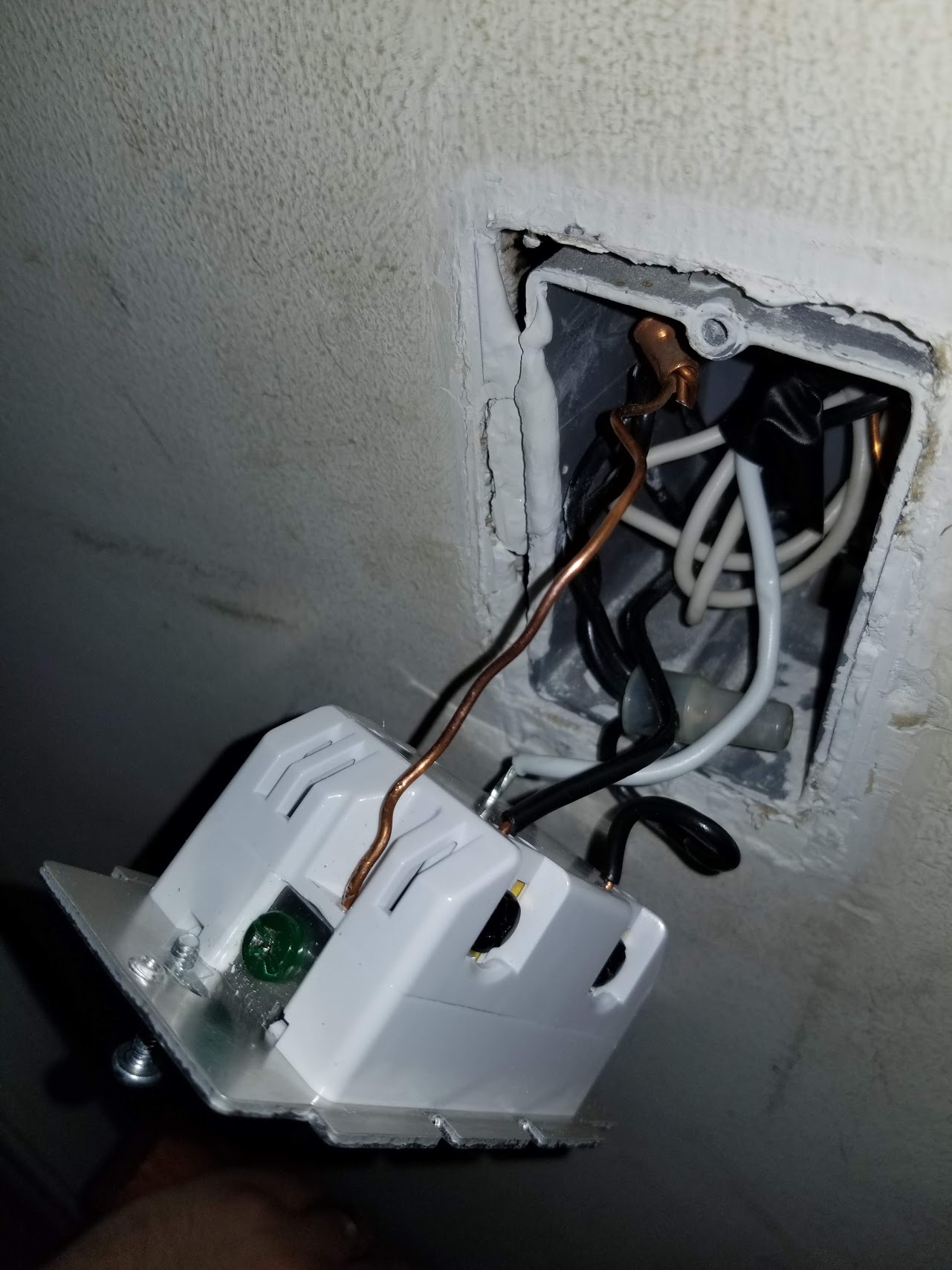 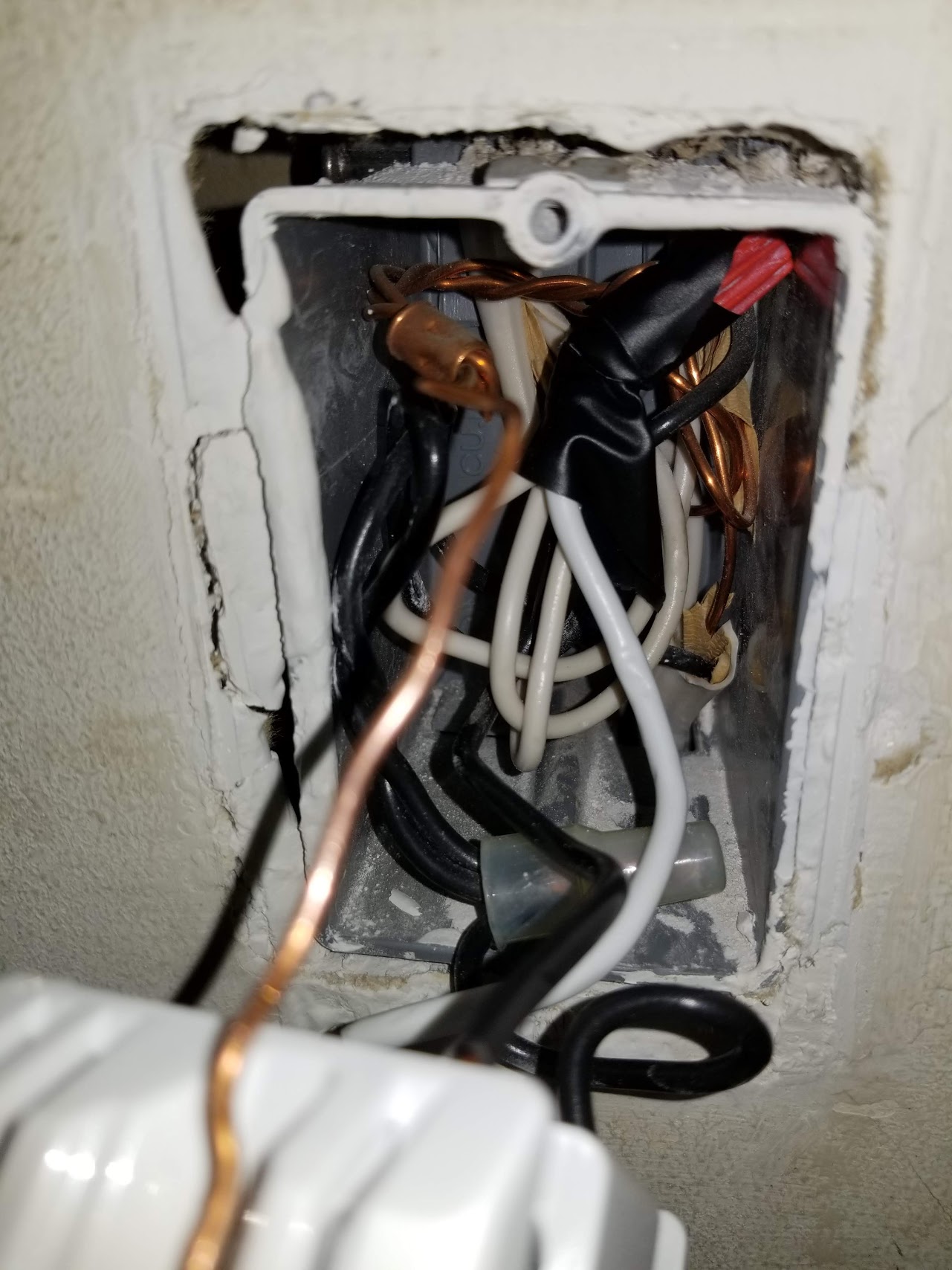 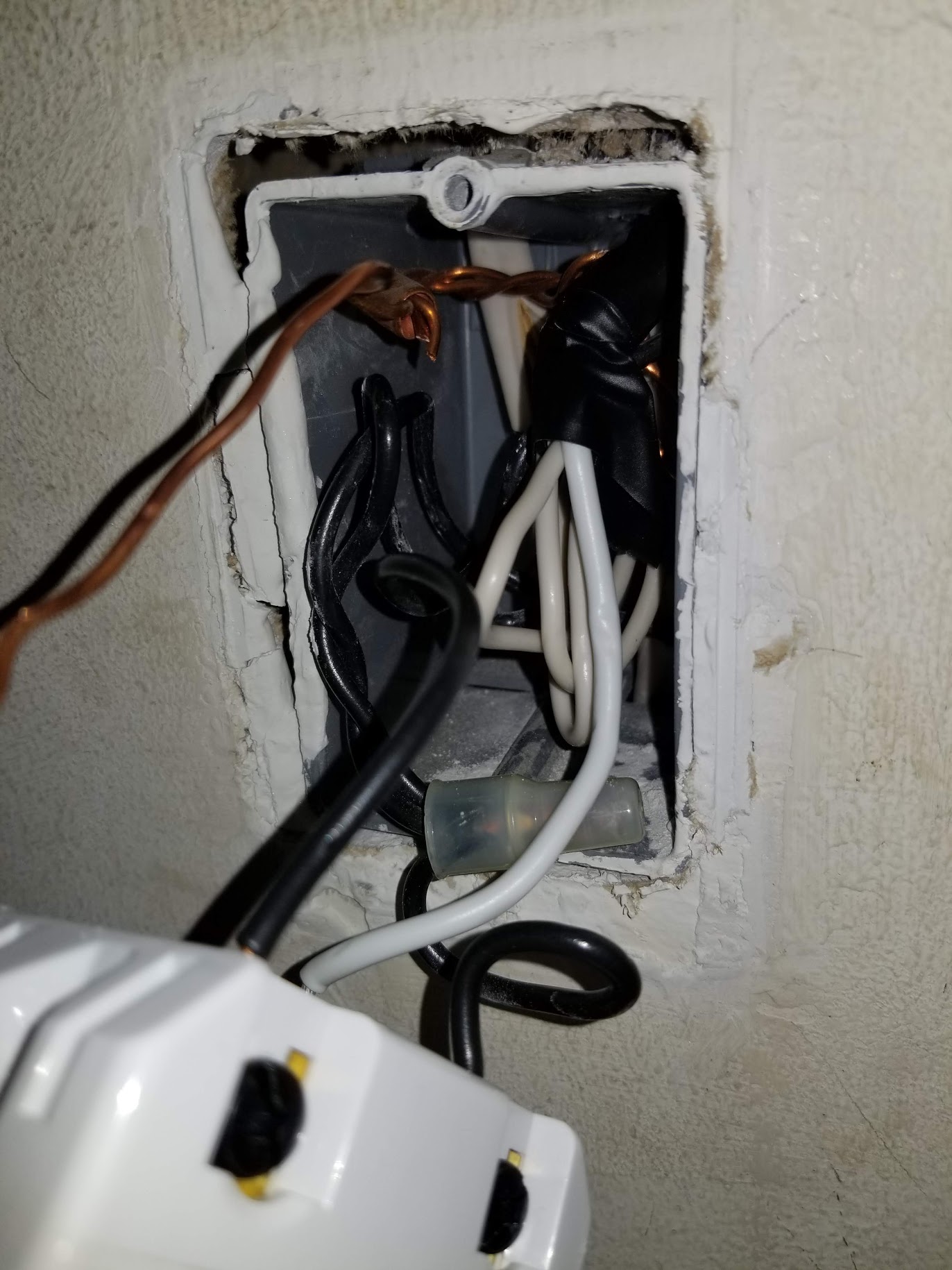 While looking at your picture makes it difficult to tell how you wire nutted the wires in for your new switch (those neutrals are in the way - if only they were pulled out so we could follow the wiring back to each connection). That said I will take two stabs at the issue here and the problem is most likely one or the other.

The most likely scenario I suspect is:

Perhaps when you added in that Neutral Line for your Z-Wave you did not get all of those neutrals together in the wire nut very well - I have known this to happen to people not just on the neutral but the hot side as well - the line in side just did not get wrapped up with all of the other wires , because the installer simply added one wire and tried > to use the same wire nut, which was fine before but a tad too small now and the wire slipped down a bit and did not make connections with all wires.

Perhaps you disconnected the line in that would be considered the power distribution line serving all 3 of those switches and then you attached it to the load side of your Z-Wave?

There is a chance that the actual switching component inside the zwave switch is feeding back onto the shared wires to the other bulbs preventing them from starting. If they are energy saving bulbs, florescent or led try old filament bulbs in place of them to rule this effect out.

0
New ceiling light not working
0
Ceiling light won't switch off after a new installation
1
Two light switches and three black wires
0
Garage ceiling fan / light - changing switch
2
2 Switches + 2 Light Fixtures = a problem that needs help!
7
How do I install a light socket in the middle of a power line with a switch?
0
Newbie: wiring a light switch