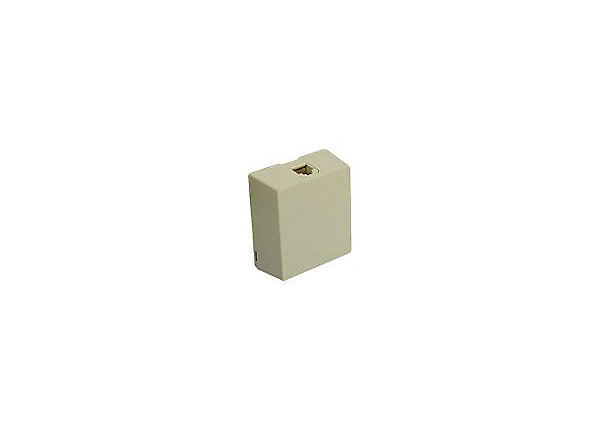 This is an image of the wiring that I have done...does someone notice right off what I did incorrectly and is causing the box to be "dead" 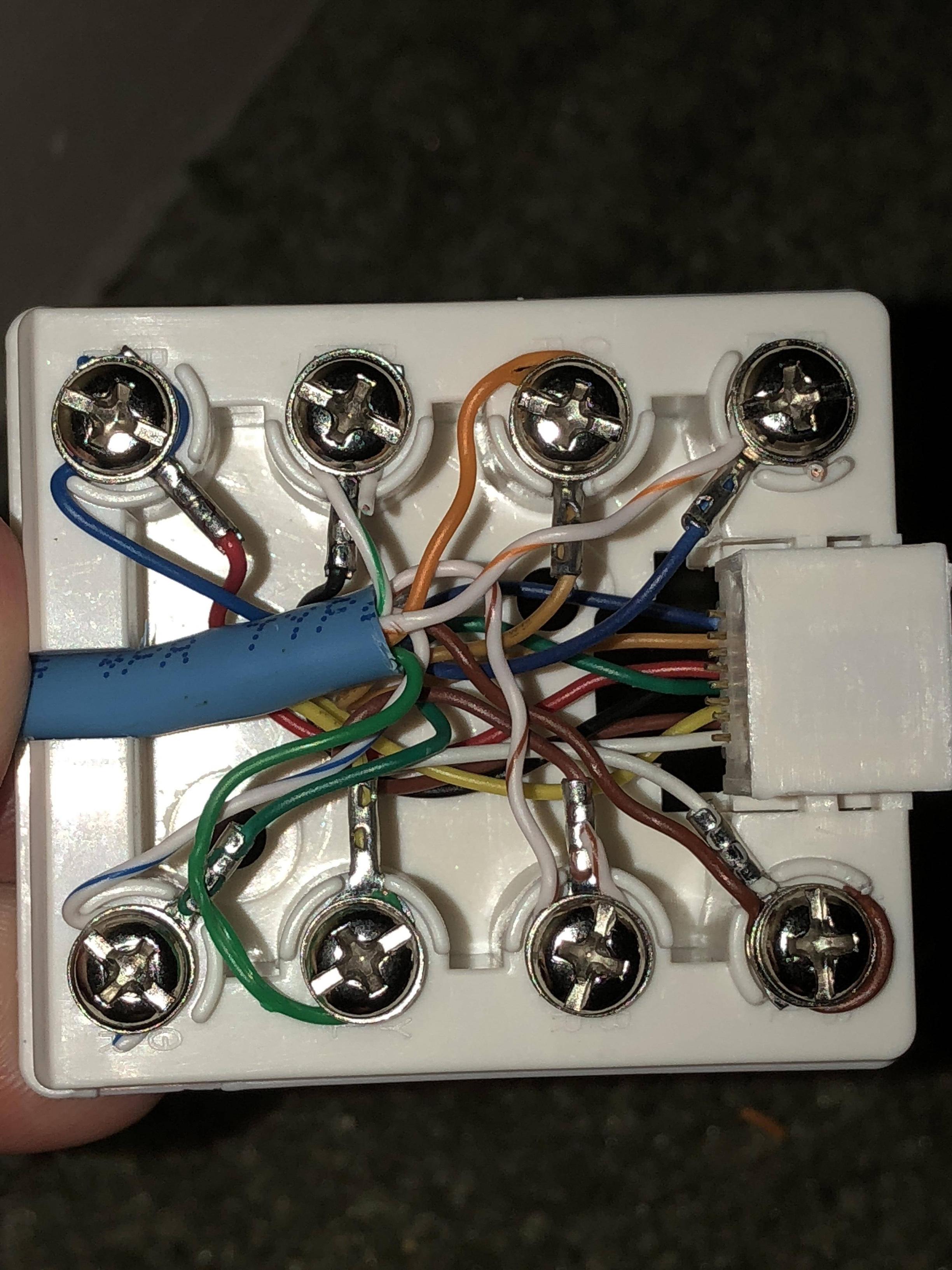 That is NOT a normal CAT6 (or even CAT5, or to be honest, not even CAT3) jack. That is an "old style" phone jack, just happens to have 8 pins.

I can't tell easily whether you have the wires matched up correctly. If they're not matched correctly then it is guaranteed to not work. However, CAT6 (and CAT5 and even CAT3) normally:

What you need is a CAT6 jack such as:

and a surface mount box to install it in, such as:

and a punch tool such as:

Actually that particular jack includes a (effectively, as it will likely break) single-use punch tool. But if you have more than 2 jacks to install, get a punch tool. The same punch tool (make sure it is 110 type, not 66) will work for CAT 3, 5, 5e, 6.

The brand of the parts does not matter much. Leviton is a big name brand, but I've used plenty of others as well. What does matter is that the jacks & the surface mount boxes (or wall plates, which mount on a standard electrical box or box eliminator) are compatible - there are some variants with slightly different sizes. Cat 3, 5, 5e, 6 all work pretty much the same. However, using an older type will not necessarily get you full error-free operation at the higher speeds of the newer types due to differences in twists and other factors. In other words, if you use CAT 3 jacks with CAT 5e or 6 cable, you may find that you can't get Gigabit speeds even though simple testers will show a good electrical connection.

Most good CAT 5/5e/6 jacks (even from "off brands") will show color-coding for both T568A and T586B. It doesn't matter which one you use, as long as you use the same on both ends of the cable.

I am using these surface mount units for a home self wired network. Picked them BECAUSE they are screw connections since I have no long term need for a punchdown tool. They work fine on a cat 5 / cat 6 network, at least in my house. My only issue was on one, the cable wire had come away from the post. Rescrewed it down & works like a champ.

2
Why am I getting noise with my network cable connectors?
1
Use existing cat6 wiring in apartment for data
3
Ethernet Gauge Too Small for Patch Panel
5
Is there a way to fish a cable (network) using an existing one as a guide?
1
Will coaxial cable installed in the 1970s be fast enough for internet speeds 400 Mb/s+?
3
Can anyone suggest how to connect a CAT6 cable to the incoming 5 pair telephone cable?
2
Punchdown patch panel with no RJ45 ports?
0
Does Cat6(A?) cabling require special considerations?
1
Home Ethernet "patch" panel - how to approach?