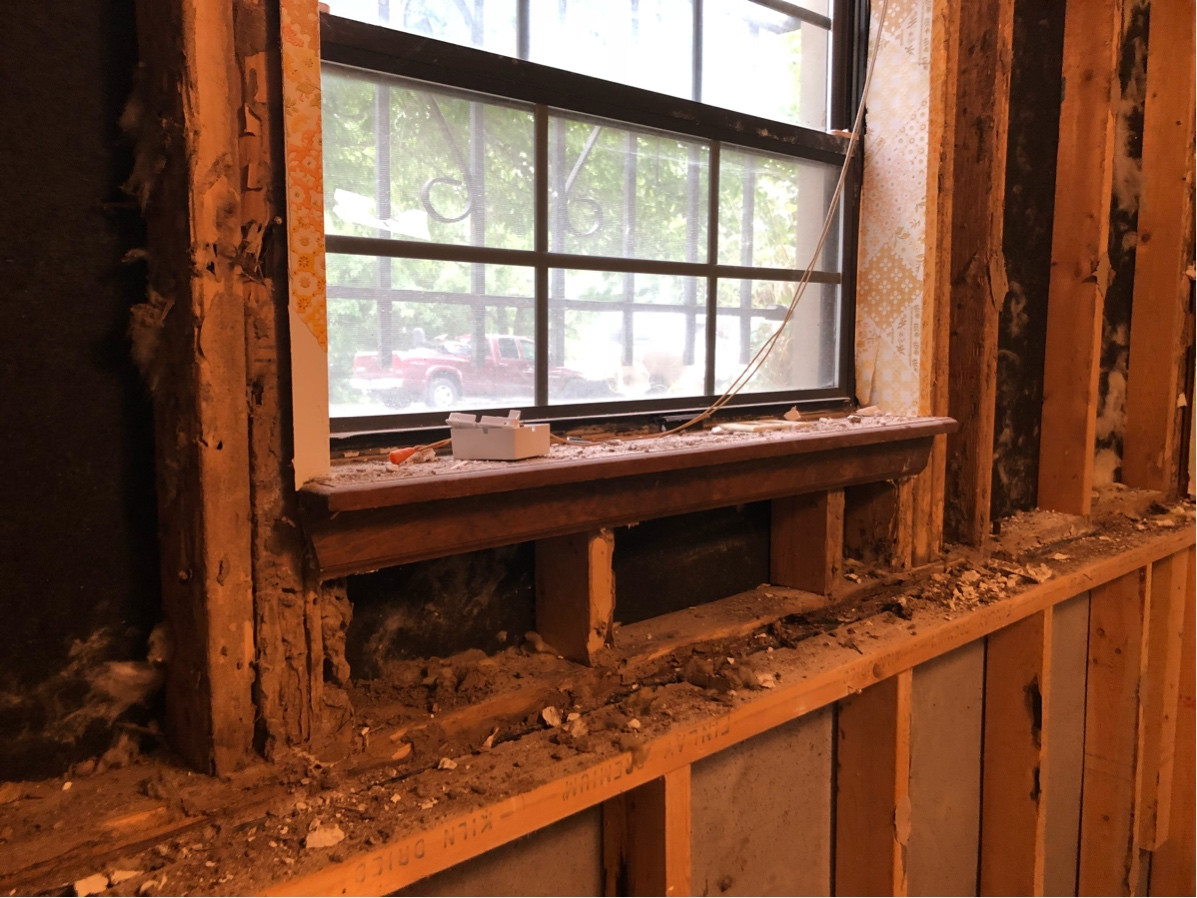 I need to replace the wall plate under a window that itself supports half a dozen or so load bearing studs.

I have a pair of post jacks that I plan on placing atop the horizontal stud immediately in front of it. I plan on jacking two joists that connect to the wall in question. I then plan on cutting the target stud out with an angle grinder (set with a wood blade) and replacing it.

I would pull the window, support the top plate with temp supports floor to plate (cut ½" long and tap the bottoms in until you see a slight lift in the top plate) cut between the siding and bad studs with a 12 " metal sawsall blade, remove all wood with any rot or deep fungus and reframe the whole thing. send the studs through a table saw to make them match the adjoining studs to avoid broken drywall when reinstalling

Not the answer you're looking for? Browse other questions tagged repair wood or ask your own question.