how operate ceiling fan with no reverse switch, without remote

Trying to install a Minka ceiling fan/light (in buddy's condo). The ceiling box has three-wire circuit (white, black, red) and there are two wall switches connected. But the fan has no reverse switch, so apparently they require you to use it with the remote. But the receiver for the remote will not fit into the ceiling box (it is a condo building, framed with metal studs, and the box is smaller than fan boxes I'm used to seeing in wood-frame houses). Does anyone know of a fan wall switch that includes a reverse function ? I've searched Minka's accessories and I don't believe they sell one.

To clarify: there are 3 wires (plus ground) coming into the fan ceiling box: white, black, red; two wall switches activate the black and red wires. I need to connect those 3 wires directly to the wires from the fan itself: white (neutral), black (fan power), blue (light power). But this provides no way to reverse the fan.

Only other options I see are: put remote receiver in the wall switch box (where the two switches are located), which seems dumb; return the fans for ones with reverse switch; only operate the fans in blow-downwards mode; replace the ceiling box (not even sure how that'd be done in a metal-framed building).

Most receivers are built so they fit inside the fan box in between the fan hanger. I am assuming you have already tried that and it doesn't fit in there or in the junction box the bracket is attached to. I have never tried to put it in a switch box so I don't know the outcome of that.

What I have done is carefully cut the ceiling drywall around the hanger box and slipped the receiver up beside the junction box. If you feel you have to put a the receiver in a box you can do that also. If the hole is too big to cover it with the fan box cover you can use a medallion to cover the hole (get it) mess. 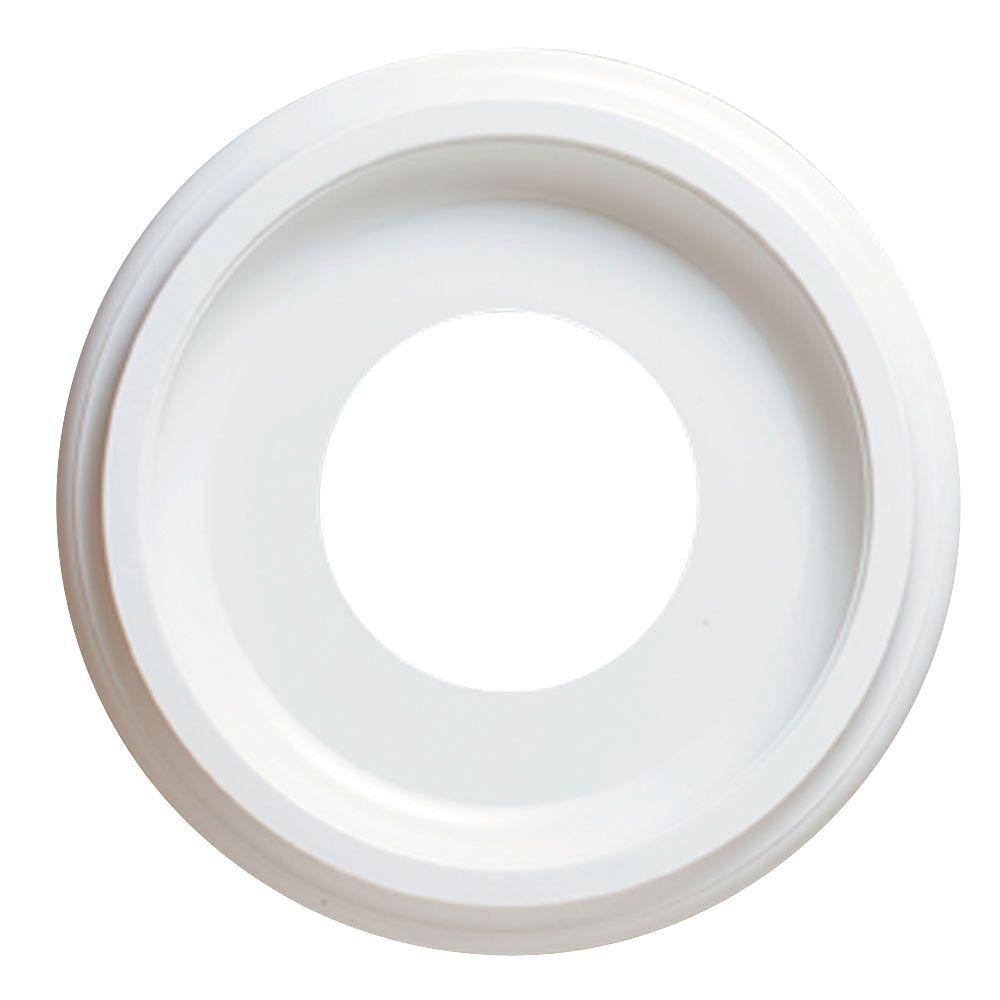 This is a fairly simple one but you could they come in various shapes and sizes. Also remember if you use something like this you might want to use some sort of extension ring or shield and it wouldn't hurt to have a 6-32 and a 8-32 screw kit for longer screws when needed.

FYI - I know it's a feature but I have never been much of a supporter of the reverse switch idea. Think about it, trying to take a fan and circulate heat down from the ceiling doesn't really make sense especially if you figure in the chill factor it creates. Also most modern ac systems will get enough of an air mix to correctly heat the air in an area, and what they can't solve with that they can aim the air with the registar. Most of the time, in my area people play with it once or twice and then forget about it. I have had more call backs on getting the air to blow down after the owner couldn't figure out that they had left the fan in a reverse mode than the other way around.

You could hardwire the fan and also provide a reverse switch on the wall, this would probably require a multi conductor cable, it could be done but the wire pull sounds like it would be a pain in the back side if you can't install a box for the remote.