I am installing a ceiling fan in a room over which I have attic access. There is an existing light fixture where I will be putting the fan, but the box it is mounted to is not rated for ceiling fans.

Rather than using the spreader-bar type kit often shown in tutorials, I was planning to simply use a length of 2x8 to span the ceiling joists where the new electrical box will go. I would really like to avoid having a ceiling fan fall on my head (or anyone else’s for that matter) and want to know the best way to attach the 2x8. I would like to make sure that however I end up attaching it, that it is safe and meets code .

My question is, what is the correct way to attach the new 2x8 to the ceiling joists? Should I:

Either way, I was planning to use four screws on either end, for a total of eight screws between the joist and the new 2x8.

When I have attic access and need to add an electrical box for a fan or light I use two pieces of wood. One is made long enough so that it lays flat across the tops of the ceiling joists. The second piece is made to mount under the first piece but be on edge. Typically this second piece needs to be cut for width so that its bottom edge comes right at the level where the top of the electrical box needs to be located. Both pieces are cut from 1.5 inch thick framing lumber. The top flat piece is screwed down through the top ends into the tops of the ceiling joists. The other "on edge" piece is screwed to the top piece down from the top of the flat piece. The screws that hold these pieces in place should be respectable size and length screws installed through clearance holes and into pilot holes. For 1.5 inch thick lumber I typically use 3.5" #10 size screws.

This makes for a very sturdy mount for an electrical box even for fan mounts.

There is another significant advantage to this approach. It does not put sidewise pressure or pounding on to the ceiling joists. Such pounding and pressure can cause blistering of drywall finish on the ceiling where screws or nails are holding up the ceiling drywall. 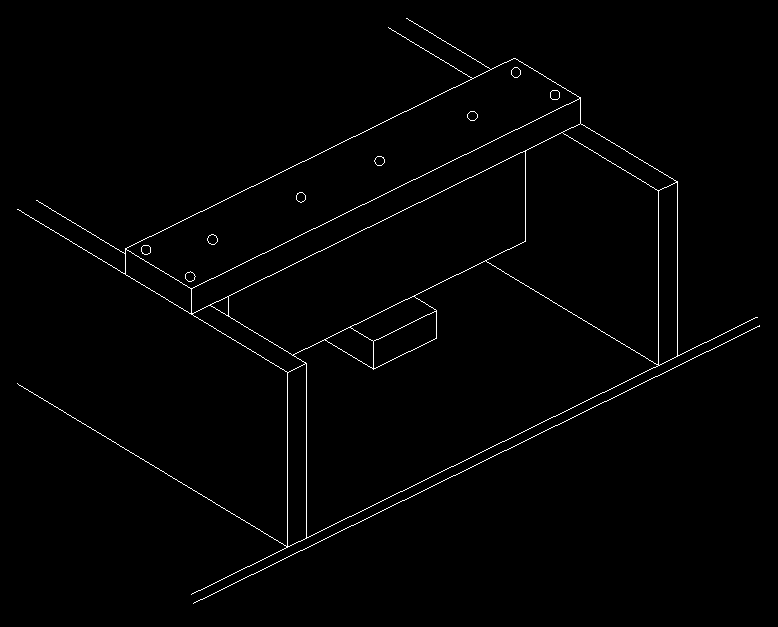