How can I check if my well still has water if the pump is broken?

I just bought the house recently and this is my pump : 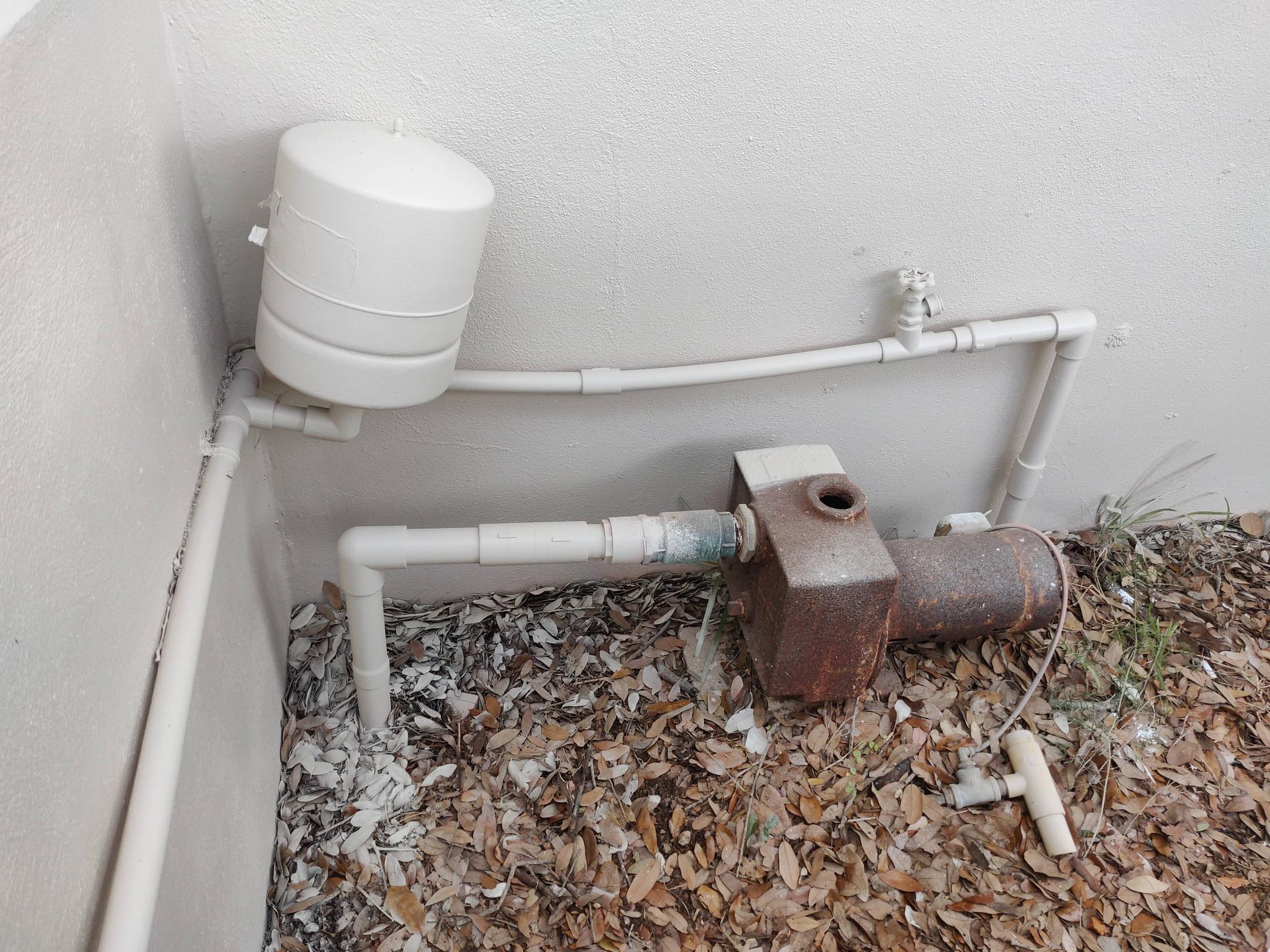 Not in a great shape as you can see, but new one will do just fine. My questions is more on the well.

How can I check if it still has water? Or what are the steps I need to take to make sure there is still water there before connecting pump (let's pretend my pump is primed and ready to go)?

Find the actual top of the well, (follow the suction pipe), dig out and clean off, remove the well cap, preferably also remove the suction pipe so there's nothing to snag on (it should pull easily, and you'll want to look at the foot valve anyway) tie a weight to a string, if the string will not obviously show where it's wetted, attach a rag or something to the weight, and lower it 27 feet (since you appear to have a simple suction/surface pump setup - 1 pipe to the well.)

Be very careful of the opened well - you probably won't be able to fall into it like Lassie's idiot friend (in most cases, but there are still a few that big in service) but you do not want to drop anything into it - hard to get back out, and bad for your water supply. Recap as soon as you are done testing.

Pull up, if the string or rag is wet, you have water that you can pump with that type of pump.

You still won't know actual flow capacity of the well until you do a pump test, which involves actually applying a pump and removing water - any well / pump company can do that for you, for a price, or you can just buy a pump and do it yourself, less formally.

You can also use more string and check how deep the well is, though to actually exploit any water below 27 feet you need to change pump types - but changing to a submersible type pump would put the pump safely in the well rather than outside in the weather and vandal (? something's been broken, anyway) zone. If there's actually much more extensive breakage and that was a jet pump (two pipes in the well), you want to change to a submersible anyway (in my opinion, in this day and age) for a variety of reasons including more efficent pumping and no priming needed.

When placing the well back in service, you should "shock-treat" it to kill any bacteria introduced while servicing the well. You should avoid drinking the water until you have tested it (after flushing & using it for non-drinking purposes for a while after shock-treatment) to be sure that it is actually safe to drink.

I have a meter that runs off a couple batteries when the electrodes hit the water the meter buzzes then I read the depth off the electrodes they are marked every foot, a great tool for well testing on recharge rate and draw down but it was more expensive than a home owner would usually want to spend. I would call a local well tester they have these and it only takes a couple of minutes to drop them down the well vent and measure where it contacts the water. I have done this with my fluke 87 and some 18 or possibly 24 gauge stranded wire with a weight when the batteries were dead in my depth meter, but then I had to pull the wire up and measure it I was just lucky I had some rolls of fine wire that worked as a true DIY method.

Not the answer you're looking for? Browse other questions tagged plumbing well-pump well or ask your own question.

7
How does one know if a well pump is “Short Cycling” or pressure tank is water logged?
7
Can my generator power my deep well water pump?
0
Well pump circuit keeps tripping the breaker
0
Overflooding because the tons of rain? or is the WELL- PUMP broken?
0
Well pump runs, but bladder tank is empty, and we have no water
1
Water line pressure slowly drops & well kicks in every 20 minutes. Replaced Check Valve Worked for 2 days & then same problem
0
Water supply has air bubbles in it when the well pump runs?
1
Found Well in Backyard — How to install pump?