Material for short-term sealing of cement patches in EPDM roof?

I recently had a contractor install solar panels on my EPDM rubber roof, and they cut some fairly large square holes to pour concrete and attach bolts for the rails (long story). The problem is that they didn't do anything to properly seal over the concrete (or seal the concrete to the rubber), so now I have square cement patches in my roof, some of which are slightly below the level of the rubber: 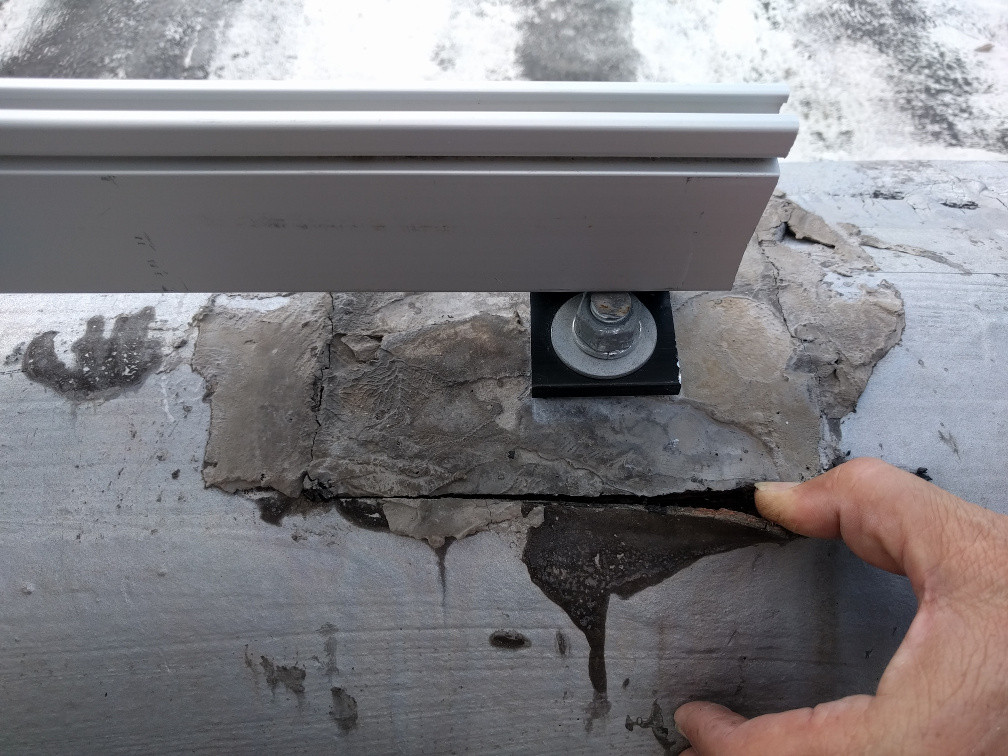 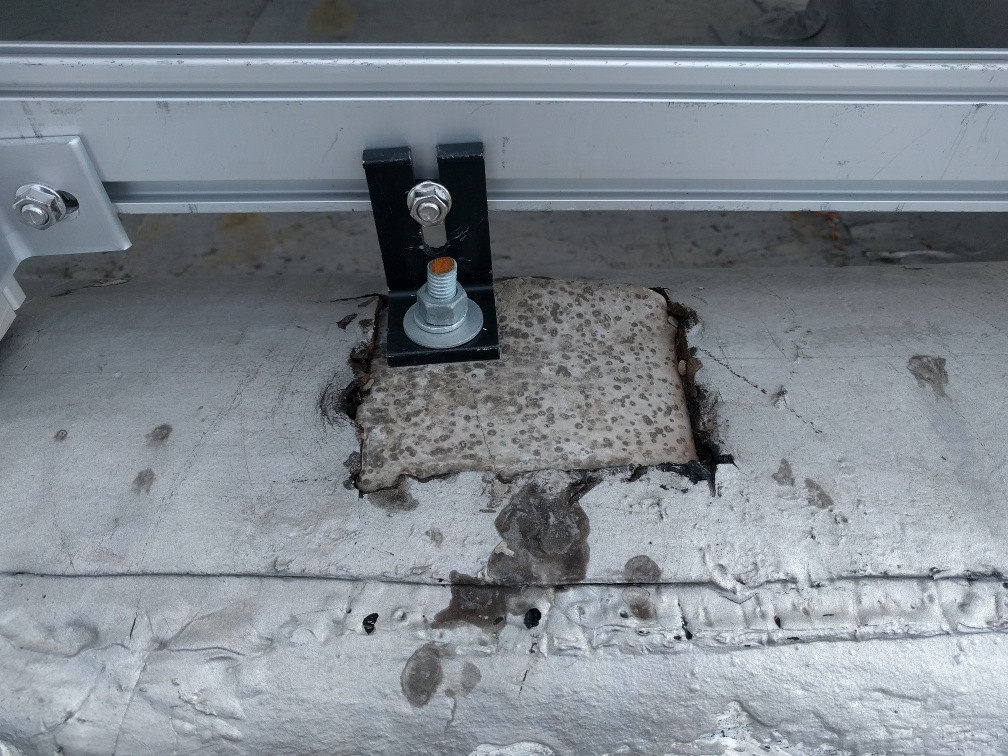 I'm having trouble getting a roofer out in any reasonable amount of time and I'm supposed to go out of town this weekend, so I was hoping to do some sort of temporary fix. A neighbor suggested using Flex Seal Liquid, which says on the can that works on EPDM, but I'm somewhat concerned about whether a proper fix would be possible after that. There's a product called Liquid Rubber that seems perfect (you can make a new EPDM roof out of it so presumably it will hold up as a patch), but the shipping speed doesn't seem particularly fast.

Is Flex Seal Liquid fine for this? Should I just caulk it? Is there a particular kind of caulk I should use, or would basically any roofing caulk work (and be easy to remove later when doing a better fix).

Note: Flex Seal the spray is definitely bad for this (contains petroleum) but Flex Seal Liquid says on the can that it can be used on EPDM, and it doesn't seem to contain petroleum, but I have no idea how safe it is to use octamethylcyclotetrasiloxane on EPDM..

If it's a short term fix I would use aluminum duct tape. It seals pretty well and should hold up to the heat of a roof.