Are these joists to code?

I am resurfacing my deck and have applied for a county permit to do the work (therefore it will be inspected). I have a protrusion at my house to support a chimney. The size of the protrusion is approximately 2' x 6'. The "Typical Deck Details" document states the following (Page 8):

My current joist structure which I had intended on keeping for the large part is the following:

The county detail does not show any supporting joists between the compound joist and the edge of the decking and indicates that the decking overhand must not be greater than 6". On both sides of my structure, the distance between the compund joist and the edge of the deck is greater than 6" (7" on one side and 8.3" on the other). This seems to be out of spec and would require me to alter the frame to support the county detail. However, my current deck included two smaller joists which run from the ledger board to the two-ply header. Do these smaller joists make my current deck framework code compliant.

I realize that the document is titled "Typical deck details" and therefore may not show all the options and instead focus on brevity.

Thanks for any feedback.

For completeness, a kind of poor image of the left side of the protrusion structure from below is shown as follows: 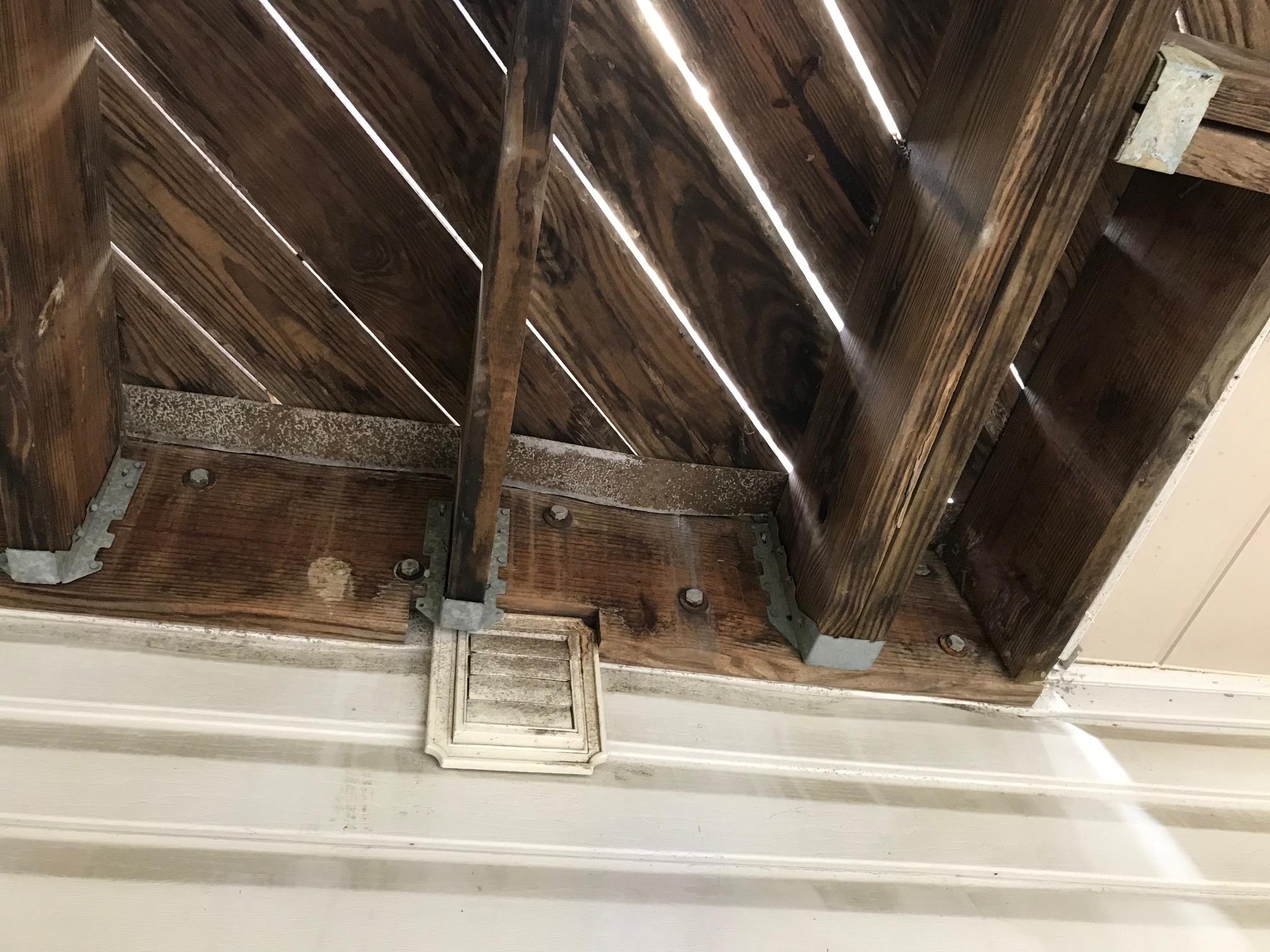 The "mini-joists", as you call them, are placed there to mitigate the overhang that is longer than 6". So if they are properly installed you would have nothing to worry about. Proper installation means that they are securely fastened to the ledger board and the cross header.

When you have the deck surface removed in that area you may want to look closely at how the mini-joists are secured in place. It there is any concern you may want to add an angle corner bracket at the ledger end and a support hanger at the header end. (Since the spacing is extremely cramped it may be necessary to temporarily remove the mini-joist and attach the bracket/hanger to the member before putting back in place).

Not the answer you're looking for? Browse other questions tagged code-compliance deck joists or ask your own question.

38
What are the guidelines for holes in joists?
6
Do the guidelines for holes in joists apply to band joists?
0
Are these joists deep enough for the joist spacing / beam spacing I am planning on my deck?
1
Deck joists and ledger gap
3
What to use as a spacer where deck joists overlap?
1
Are floor joists allowed by code to be notched at the ends?
0
Extending joists to reach a new beam. What code to review?
1
Deck Continuous Rim Joist Connection
0
How should I accommodate thinner replacement deck boards?