I am planning on redoing the surface and the railing of my deck. In the process, I plan to remove the cantilevered portion past the existing beam. This will place the existing 2x10 joists resting to the end of the outer edge of the beam. I will need to cover these ends up. To do so I plan to use a couple of 2x10 rim joists. This is kind of visible in the following image (despite my efforts, this is still kind of hard to see in the image): 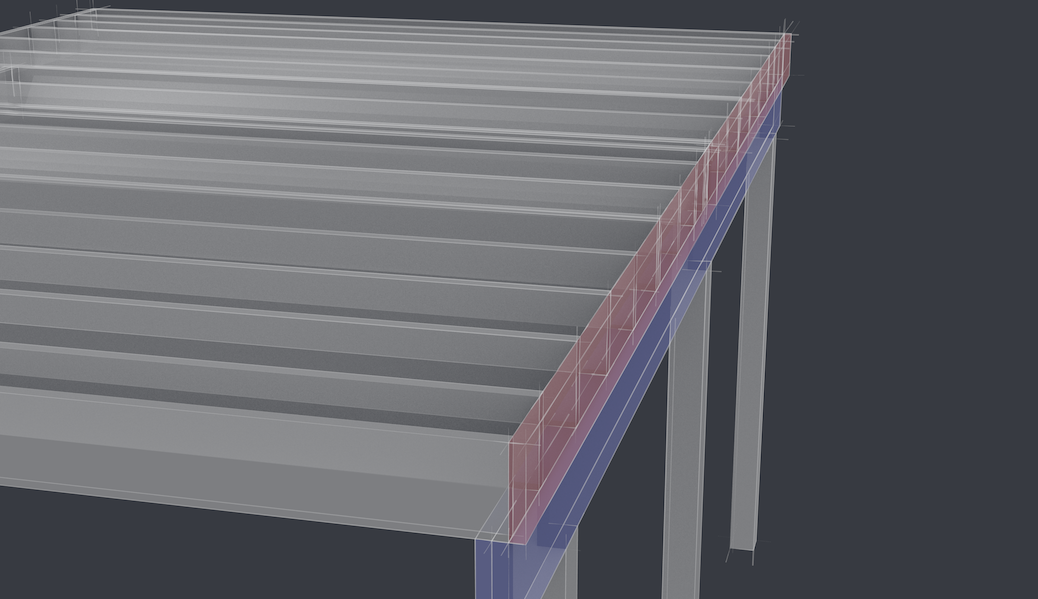 The rim joist is highlighted in red and the existing beam is highlighted in blue. Note that the rim joist does not rest on the beam. (Should I do that?) How should I connect this rim joist? I live in northern Virginia and have referenced the "Typical Deck Details" document offered by my county (Fairfax). I am having difficulty in seeing what the acceptable methods of installing this Rim Joist are. The section on joists (pages 6-9) does not specify and the section on rail posts (pages 20-21) suggests that I use hold-down anchors (Figure 36) at the rim joist / joist intersection. It could be I just do not know how to read this document.

I would like to avoid having too much visible hardware on the outside of the deck. I understand the need for the hold-down anchors near the guard posts. I just do not want to have to do that at each joist intersection.

Could I use just an angle iron type tie at each intersection on the inside of the deck? This would hide the hardware and avoid screwing into the end grain of the board which I am sure is not as strong.

the rim joist does not rest on the beam... Should I do that?

You don't need to, the beam is supporting the weight bearing joists.

How should I connect this rim joist?

Not the answer you're looking for? Browse other questions tagged deck hardware or ask your own question.

5
What is the best approach to repair outside cantilevered wood deck joists with dry rot?