Why do insulated screwdrivers have a maximum voltage that they're rated for?

I have some insulated screwdrivers and the packaging says "Protects from electric shock up to 1,000 volts". But it's not like the insulation can conduct electricity at higher voltages, right?

Wrong.
At some point, any insulation will break down and either begin to conduct or simply flash over.
From Wikipedia:

Electrical breakdown or dielectric breakdown is when current flows through an electrical insulator when the voltage applied across it exceeds the breakdown voltage. This results in the insulator becoming electrically conductive. Electrical breakdown may be a momentary event (as in an electrostatic discharge), or may lead to a continuous arc if protective devices fail to interrupt the current in a power circuit.

Under sufficient electrical stress, electrical breakdown can occur within solids, liquids, gases or vacuum. However, the specific breakdown mechanisms are different for each kind of dielectric medium.

So, respect the rating on your 'insulated' screwdrivers.

To start with, electricity is perfectly capable of going around insulation in an arc, so even if you had a theoretically perfect screwdriver handle, there's a point where electricity would ignore the handle and use the air instead. So the screwdriver maker is forced to make certain assumptions, e.g. that you are clever enough not to let beads of sweat run down it, or use it in the rain.

What's more, any material does indeed have a breakdown voltage. If you kept increasing voltage, eventually the voltage would pass through the insulator anyway. This is why insulation is tested with a megaohmmeter, which measures resistance against hundreds or thousands of volts of test voltage, which it generates for the test.

Here, people often complain that their appliance trips a ground fault detector, yet they measure infinite resistance between hot/neutral and the machine's ground. They are using a common multimeter, which has a test voltage of a couple of volts. Insulation won't break down at those low voltages, hence the megaohmmeter.

Look closely at high voltage lines: their insulation is a series of ceramic "bells". The bell shape is to give the longest possible pathway via both the insulation surface and the air. By stacking bells, they increase the insulation further. 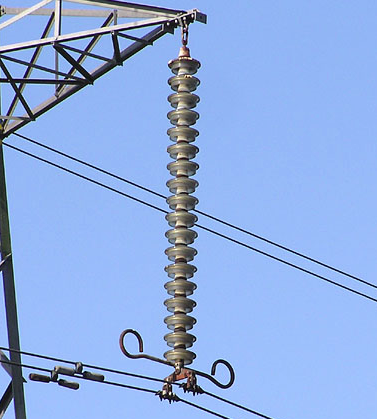 At 1000V and above, the "creapage" distance required to prevent tracking across the surface likely exceeds the thickness of the plastic handle.

There is no such thing as a pure insulator; EVERYTHING is a conductor, some things are just better than others depending on the voltage. Such is the fallacy of people thinking they are protected from lightning because they are wearing rubber shoes, or driving in a car with rubber tires. The lightning ALREADY passed through the dielectric strength of a mile of air, 1/2" of rubber is not even significant at that point.

In that video they test a 1kV rated screwdriver to destruction. It takes a surprisingly high voltage - 100kV - to get a breakdown in the insulation.

There's quite a lot of regulations like that, which effectively makes it pretty uninteresting to have hand tools approved for more than 1kV. You don't work in the same ways, it's usually not the same people doing the work, and you need different methods due to different risks. For instance low voltage (<1kV) is only dangerous if you touch a conductor (or are exposed to an arc), whilst high voltage (>1kV) can jump airgaps.

(Those are examples from Norwegian regulation; Europe mostly has variations of it. No idea about USA tho)

Not the answer you're looking for? Browse other questions tagged electrical wiring safety hand-tools or ask your own question.

6
Do I need to "protect" low voltage cables that are run through an insulated wall?
3
How to cover an open/exposed wire fast and safe for a long period?
0
Help me understand electricity - is the neutral always dangerous?
0
What is the typical kVA in a one bedroom flat?
4
Ground wire giving shock
43
What are insulated screwdrivers for if you’re not supposed to work on a live circuit?
0
Safe to cut vine wrapped around electric mains?
0
Maximum connection of devices to a single socket
0
Voltage between neutral line and soil?