What are some ways to remove hardened epoxy from drain pipes?

Long story short. Some idiot poured down half a gallon of mixed epoxy into the sink, and washed it down with water. Epoxy traveled quite far, and then hardened, fusing with the pipes, creating a hard and watertight clog. The clog happens to be in a place where it is completely inaccessible (under and inside structural elements), so it is impossible to replace these pipes without demolishing half of the building. What are some ways to separate that epoxy from the pipes and clear the plug? We already tried flexible "snakes", but the epoxy is fused with the pipe, and won't move. Are there any chemicals that can dissolve it or break it apart without damaging the pipes? As far as we know, the pipes in that section are made from PVC.

I know it is a hard case... But demolishing half the building is really not an option. Looking forward to your ideas!

I would expect any chemical approach suitable for removing epoxy will also remove PVC pipe, perhaps more easily than the epoxy! My research shows that acetone and heat in combination will work, but is time consuming. Acetone also dissolves PVC pipe quite nicely, even without heat, making this inappropriate.

I found a great mechanical solution, but it's possible that your pipe size would be too small: http://www.jettyrobot.com/ 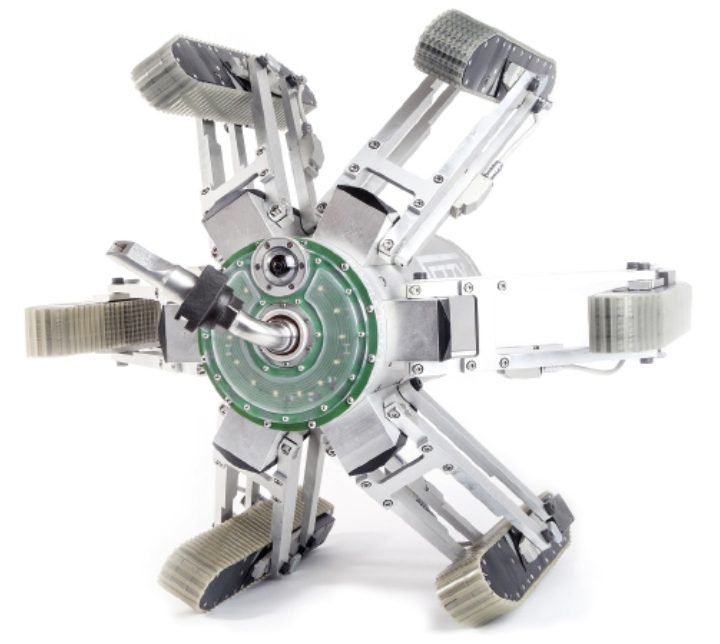 It appears from the image that the diameter is adjustable, but without scale, it's difficult to determine how small it will collapse. The options are great, walnut blasting, dry ice blasting, sand blasting, but is it too big? I'd try the dry ice blasting, as there would be minimal residue as the CO2 sublimated, but it's also possible that dry ice isn't power enough to bust up the epoxy.

It's a long shot, but I would consider to find a top-end makerspace and ask if the members could build a use-specific (one-time, one-fit) device that would resemble the jetty robot. You could get away with the motor from a cordless drill or a corded drill and a long power and control cord. Chuck a hole saw of suitable diameter in the drill and use a long flexible stick to apply pressure.

It would be best if the last accessible point of the plumbing is cut away to remove as many bends as possible.

I found this one meter long drill extender: 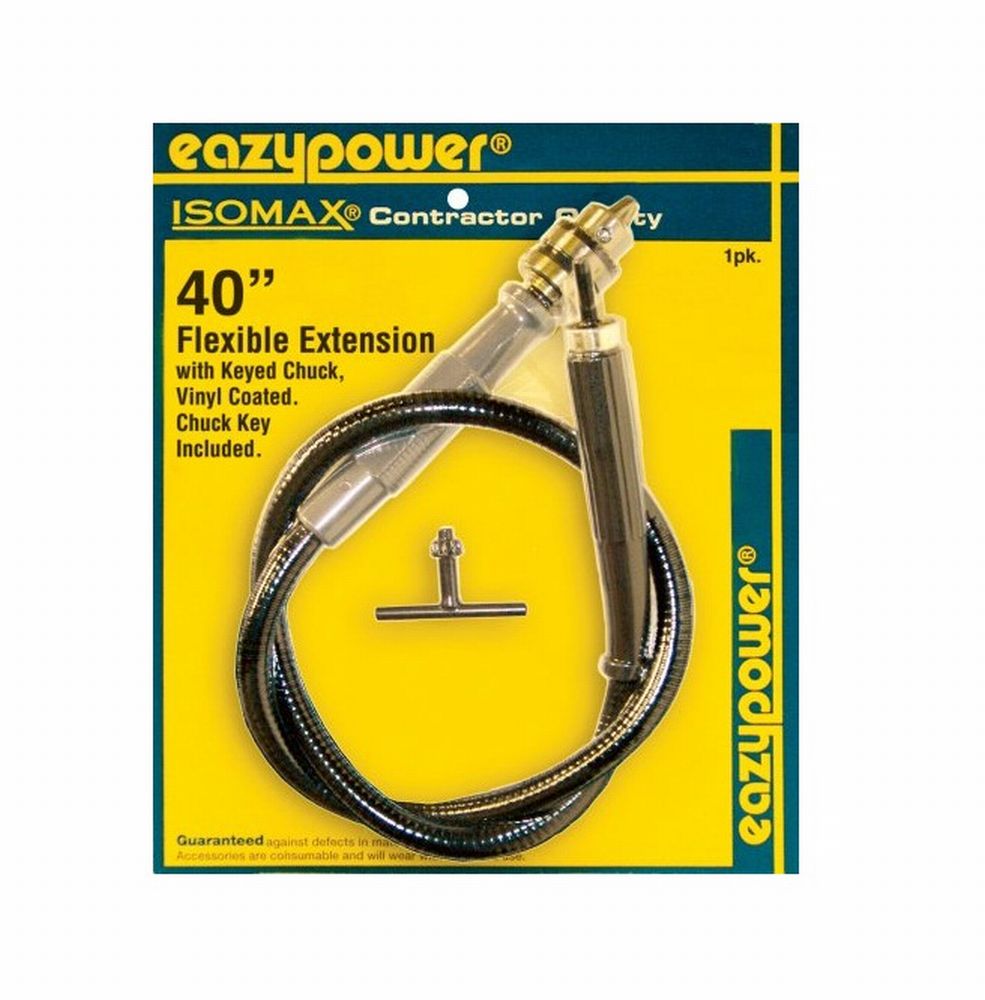 Four or five of them would quickly become unwieldy and could twist into itself over such a length. I had envisioned a cylinder at the clog end with the last chuck centered in the cylinder, grippers engaged but I've discarded that idea as impractical. Pursuing another idea, I found hydraulic hose (which will be available in any length needed) with diameters inclusive to your pipe size.

Such a large diameter hose should be able to be pushed to the clogged area with sufficient force and perhaps some cable-pulling-lubricant to ease entry. The hose would do double duty as the means for removing any water remaining as well as serve as a delivery system for the clog removal.

I had considered to suggest an abrasive removal, but if the pipe is plastic, the abrasive could weaken the walls excessively.

The hydraulic hose, on the other hand, if sized to just fit inside the pipe could be modified at the working end to hold a cutter of some sort. In this example, one could envision a hole saw slightly smaller than the pipe inside diameter secured to the end of the hose. Water might not have to be removed if this method is used. The hole saw would have to be small enough to manage any bends in the pipe.

Electrical conduit is frequently installed with sweeps, gentle curves to allow wiring to be pulled through after installation. Water piping rarely uses such methods, as water tends to flow around minor obstacles. If there are any 90° elbows or even 135° elbows, it's possible this exercise is for naught.

It's really founded on the possibility of getting to the clog with anything that won't damage the pipe walls. Hydraulic hose is going to be a strong delivery system, but an expensive test/experiment to see if it will make it all the way.

I think the next step is to remove all the water, followed by a camera inspection, even a DIY version to image all points in the pipe to the clog location. Returning results of no elbows would be best.

Epoxy is generally liquid (obviously) and has flowed into the pipe causing this clog. It is reasonable to expect that the clog is not a cleanly engineered solid plug and may have a number of "organic shape" components where it bonds to the pipe wall.

This increases the importance of having a visual for the clog. The first priority would be a camera, perhaps live, or at the least recorded and retrieved.

Not the answer you're looking for? Browse other questions tagged pipe clog epoxy or ask your own question.