I have one of those integrated bathroom 3-in-1 ceiling units (light, heat and exhaust fan).

Recently the fan spontaneously stopped working. I took the unit down to inspect the fan motor and took it to an electrical service person to see if it could be mended, or if not to hopefully source a replacement. The techie pronounced the motor dead and confirmed my fears that replacement parts are not available from the manufacturer, one typically has to replace the whole 3-in-1 unit.

I despise the disposable mindset of modern consumer appliances so I went looking for another solution. I found A/C fridge evaporator fan motors were widely available and one 'universal' motor from an online retailer that remarkably had the same dimensions for the mounting posts and similar appearance to my busted one (albeit much lighter), so I thought I would try that. 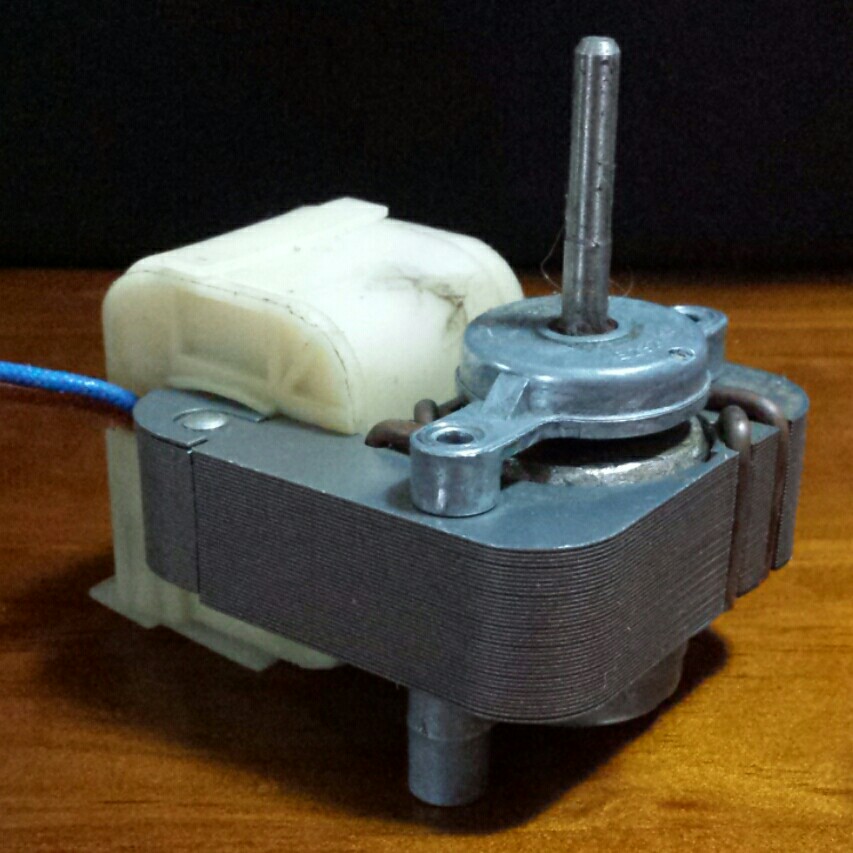 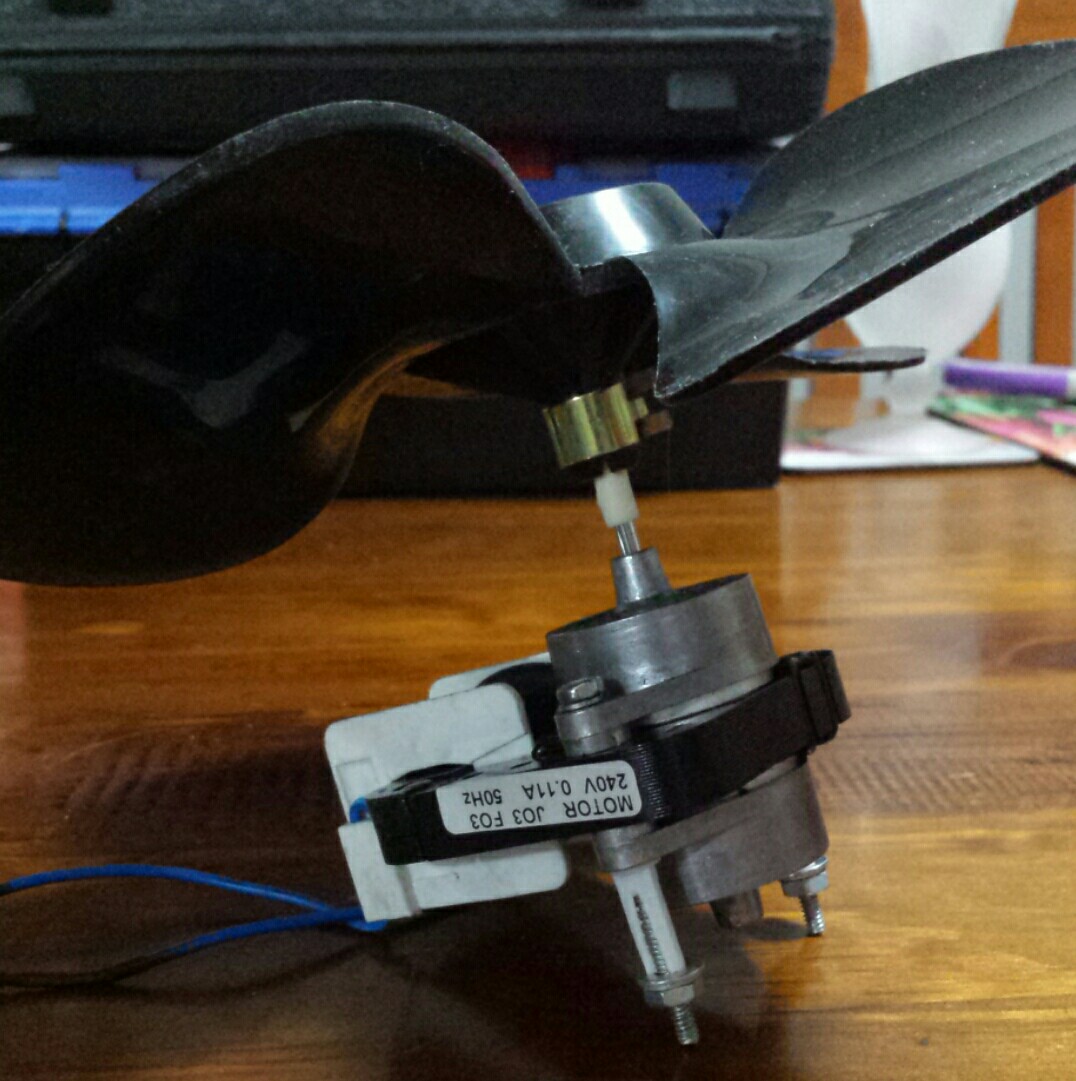 The following specs are provided for the new motor:

Here are the terminals on the 3-in-1 unit (plastic fan shroud with lamp sockets) with the fan removed. The original motor had two writes running into the right-hand-side of the Fan and Neutral terminals. 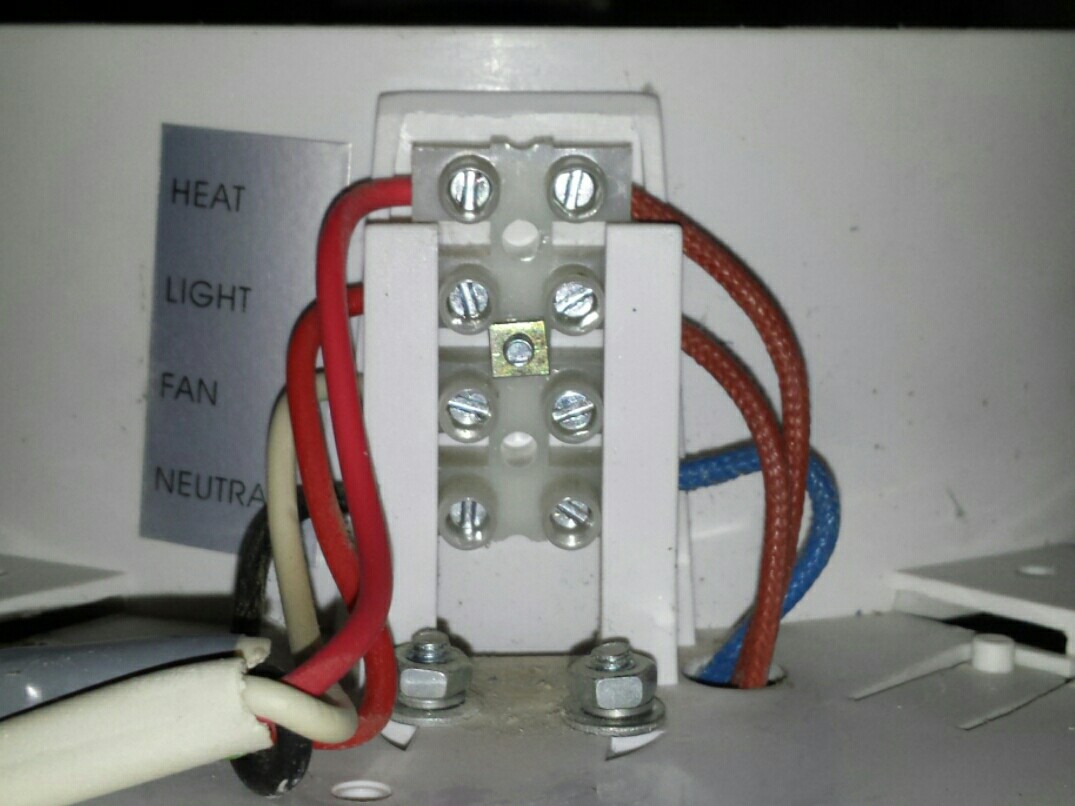 So I successfully fitted my new motor and connected the two wires to Fan and Neutral, but on hitting the switch, it didn't give so much as a twitch. I tried swapping the two wires (my understanding is for A/C motors this shouldn't make any difference) but it still didn't work.

Edit: The 3-in-1 is an Airflow Sunshine model 6600A, manufactured by Clipsal. Here's a picture. It's seen on page 5 of this brochure. Also on page 25 of this catalogue with technical data, although the unit depicted is slightly different to mine. I've contacted Clipsal and they've said they don't provide parts (and it's a discontinued model).

An electric motor in definitely not not just an electric motor. They are very proprietary. It takes a lot of skill substitute one motor for anything but the OEM part number. There are tens of thousands of different kinds of motors out there. Almost none of them will substitute one for another. For example, with the motor you are working with, the stack of the iron laminations determines the torque the motor can deliver. The torque required is dictated by the size the design of the fan blade; the larger the blade the more torque required. I can clearly see that the motor you are trying to substitute will not provide the necessary torque to drive that blade, i.e. the original motor stack is so much thicker. This is just one of many variable that are in play. If you can clear the following list of variables you may be able to replace this motor successfully. #1 support/mounting criterion. #2 direction of rotation. #3 Torque. #4 RPM. #5 Shaft length. #6 shaft diameter. #7 Shaft configuration. #8 clearances. #9 Voltage requirements. #10 What environment was the motor designed to operate within.

Answer to question #2:If the motor still runs nicely it probably OK. These motors die because the bearing dry out. The lubrication last only lasts so long.

Answer to question #3. If you are getting proper voltage to the motor and the shaft doesn't turn the bearing are probably shot. With the lubrication gone you have metal on metal and it's only a mater of time.

Not the answer you're looking for? Browse other questions tagged electrical exhaust-fan 240v electric-motor testing or ask your own question.

7
What's wrong with my wiring?
4
Why is my A/C condenser fan motor wiring backwards, and how can I fix it?
1
New condenser fan motor burned out
3
How do I wire this 240v fan motor and thermostat
3
AC Motor Oil Wick Replacement
1
How to ground a kitchen exhaust blower fan?
0
Whole house fan motor size
1
Questions regarding replacement Trane AC condenser motor
5
What tool/process do I need to remove this bathroom exhaust fan from motor?