I'm currently on restoring a property in the UK. The house was originally a Care Home built in 1987, and was built using standard commercial techniques at the time.

The issue I'm having is, at the time they laid this non-slip, easy clean carpet down directly onto the concrete floor and have stuck it using black mastic (believe its bitumen). Everything I've read is people struggling to get the glue off the floor after removing the carpet. The problem I'm having is even getting the carpet to budge. Currently we are using a hammer and chisel to get the stuff up. You can see below what this is like. 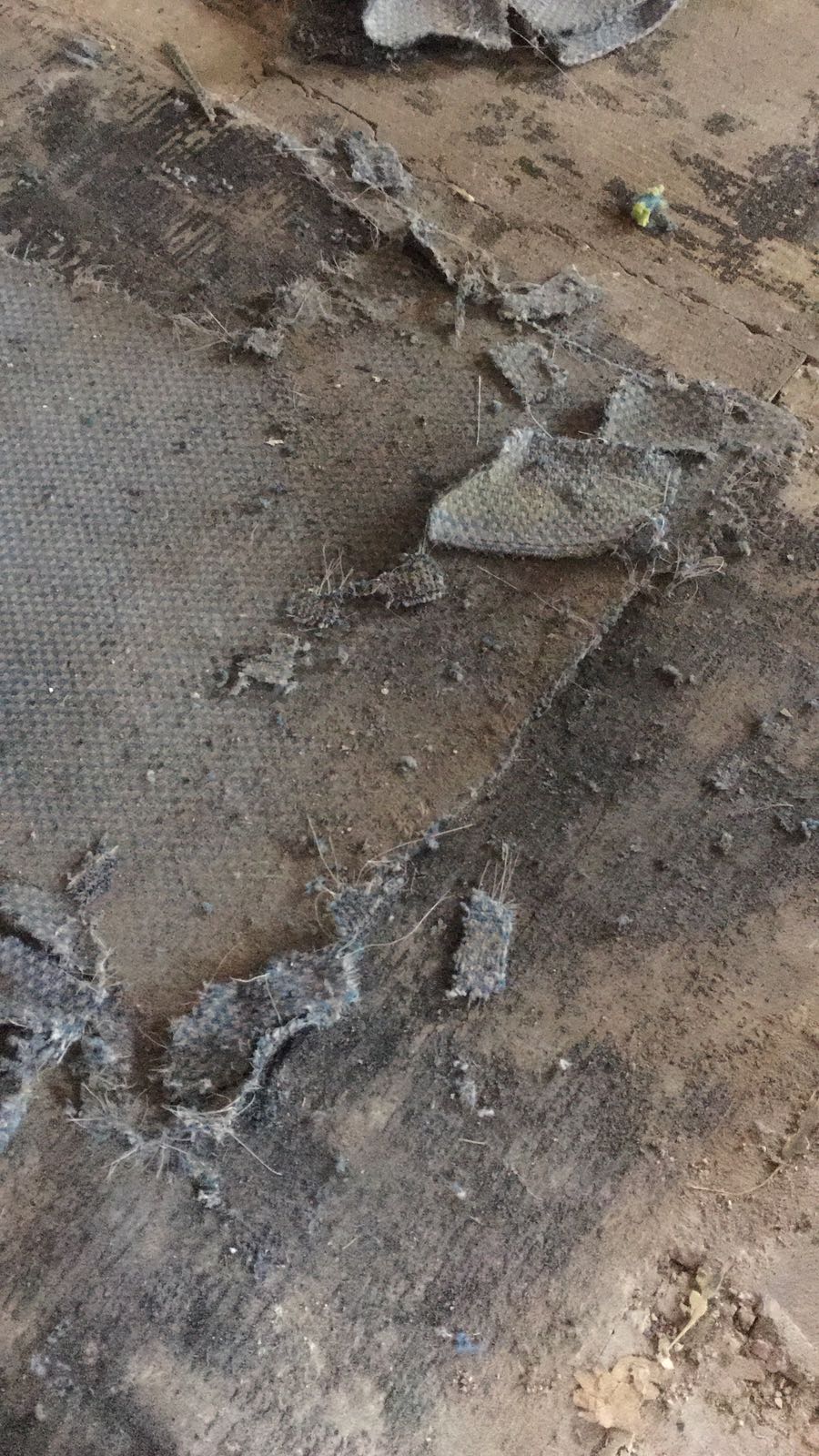 Does anyone have a better suggestion for trying to get this up? Will using chemicals work with the carpet still down?

I've had to do this in the past in a very similar situation. We used a 'diamond' cone angle grinder wheel, like this: 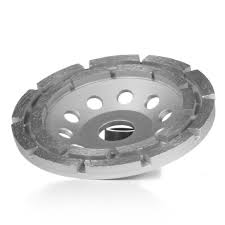 Image of one in use: 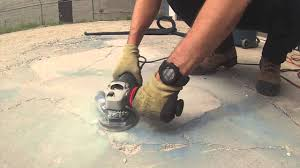 The first step was to pull off as much material by hand or with a scraper / flat shovel, so we were mainly grinding only through the adhesive. The grinder literally takes off a very thin layer of concrete so the strength of the adhesive bond was not a problem.

These cup wheels aren't cheap but you should be able to rent an equivalent tool locally (at least, that is true here in the US). There are also walk-behind grinders which work on the same principle, maybe that would be a good choice though I have not used one.

Angle grinders have some definite safety issues to be aware of which I would absolutely advise reading about if its an unfamiliar tool (even if it isn't). One of them is that this method produces a ton of fine dust. We rigged up a plastic shroud attached to a vacuum around the head of our grinder and that worked really well to contain the dust. (Again, this is where a rental tool might be well worth it if that feature is available).

I have one property with carpet that was glued to the subfloor. It was pretty thin carpet so I just went over top of it with floating laminate flooring. Could also try floating it with pressure treated 2x4 sleepers laid flat and 3/4 plywood. Will also keep the floors from getting as cold.

Not the answer you're looking for? Browse other questions tagged concrete carpet or ask your own question.

11
How do I remove THIN layer of carpet glue from concrete?
11
What are our options for carpeting the basement of a split-level house?
9
How can I prepare uneven concrete basement floor for vinyl planks?
1
How can I patch my slab around a rough-in pipe in a difficult to access location?
3
How can I paint/stain an interior concrete floor?
3
How do I remove carpet adhesive from concrete?
1
how to repair holes left by expanding anchor bolts in concrete
2
How to remove concrete paving stone from mold?
0
Divots in concrete from carpet tack