my old bathtub drain got corroded so I decided to replace it. I successfully took out the old drain, but the drain pipe underneath is not even, so when I screw in the new bathtub drain there are about 4 threads remaining on the left side, so it drips water. It's a bit hard to see in the photo, but the top left side is a bit lower than the bottom right. Any suggestions on how to handle this? 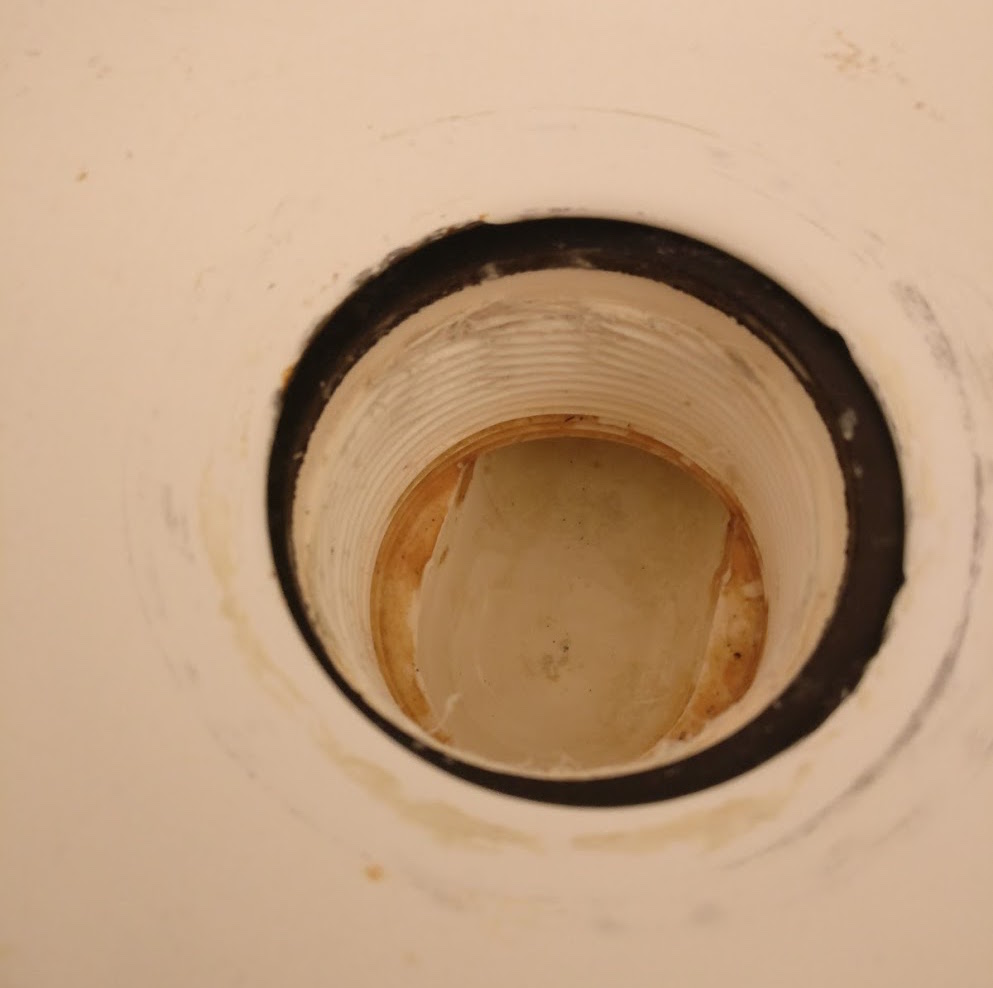 UPDATE: On my fourth try I got the bathtub drain to screw in properly. I screwed it in 1 thread at a time, checking each time for skipped threads and eventually it worked. It started out slanted, but evened out in the end.

Normally the drain unit in a tub or sink is pushed in from the top with plumbers putty under its top flange (Or some use a rubber gasket) and then it is pushed down into the tub opening. It is secured from the bottom side using a large size nut that screws onto the outside of the lower portion of the drain basket.

You will likely have a very difficult time trying to seal it up by turning and screwing the basket from the top.

The lower portion is called the shoe and the strainer threads directly into it. The rubber gasket on the bottom acts as a cushion and does not seal anything. The underside of the strainer lip gets a bead of plumbers putty, that is the seal.

You are doing everything correctly but the other components of the waste & overflow assembly (or the drain pipe it's connected to) are causing some misalignment due to pipe strain. You will likely need a helper to push the shoe up against the bottom of the tub while you thread the strainer in (or jam some shims or something under the shoe to hold it up), excess putty will squeeze out.

Alternatively, loosen the connections of the other components of the assembly to relieve the pipe strain, set the shoe and strainer, then tighten everything else back up.

P.S.- it appears that the threads in the shoe may have been damaged, this might be complicating things and could result in you having to replace the entire waste & overflow unit.

Not the answer you're looking for? Browse other questions tagged plumbing drains leaks or ask your own question.