No current at light switch

I am trying to troubleshoot two light switches near each other that are not working. None of the wires to the switches have power. None of the circuit breakers are tripped so I am not sure where to go next.

These switches are not near any GFCI outlets, but before I go crazy looking for one that doesn't exist, is there anything I can do at the switch to determine if it is on a GFCI circuit that has tripped? I saw somewhere that if there is no continuity between ground and neutral that means a tripped GFCI, is there any truth to that, should I test for it?

Anything else I can do to troubleshoot further?

A few more notes as I was able to tinker with this some more over the weekend. One - this line has no GFCI outlets, so GFCI is not breaking the circuit. Two, I don't understand how these switches are wired, maybe someone can opine. Also whatever I said before about the neutral wire is irrelevant because there are no neutrals connected to any of the three switches.

There are three switches altogether in two separate electrical boxes - one standalone, and two as a pair. Neither of the two boxes housing these switches sets off a voltage detector pen. All three switches appear to be bog standard single pole switches.

1) Standalone switch has TWO BLACK wires coming into the single LINE connection and a SINGLE BLACK wire going out the LOAD connection. There are two ground wires attached to this switch. It seems like there are three cables in this box. 2 photos below. 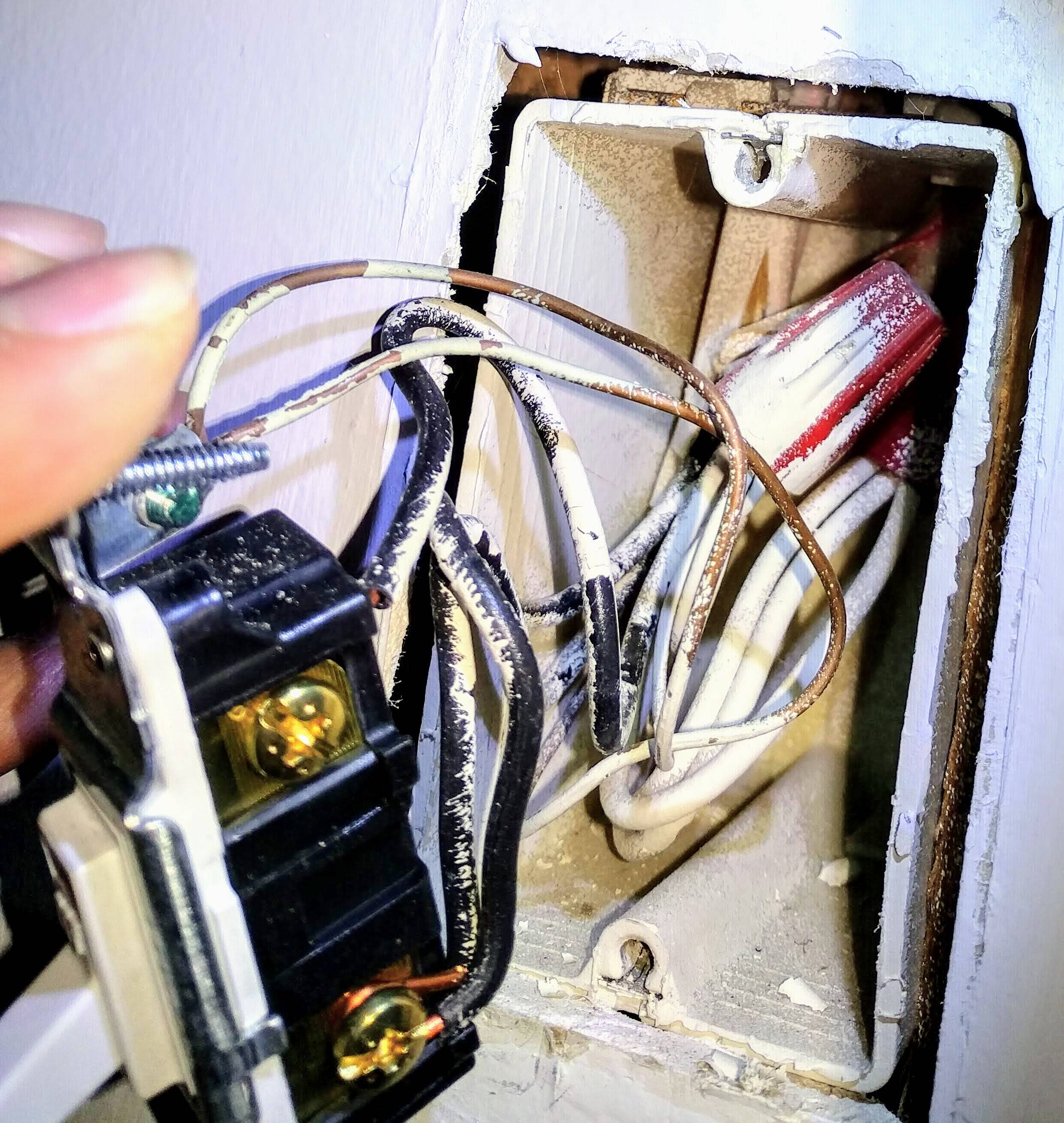 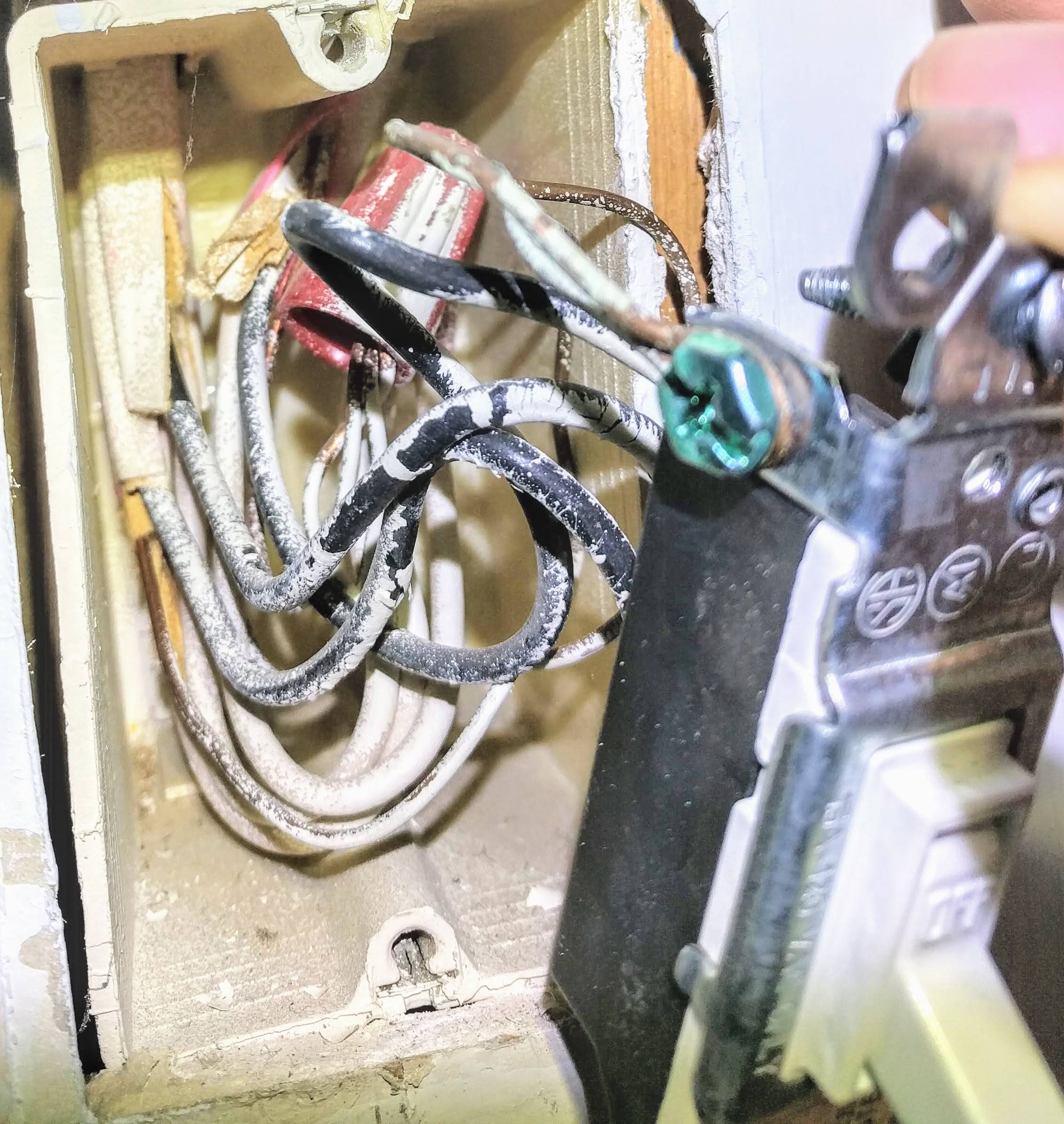 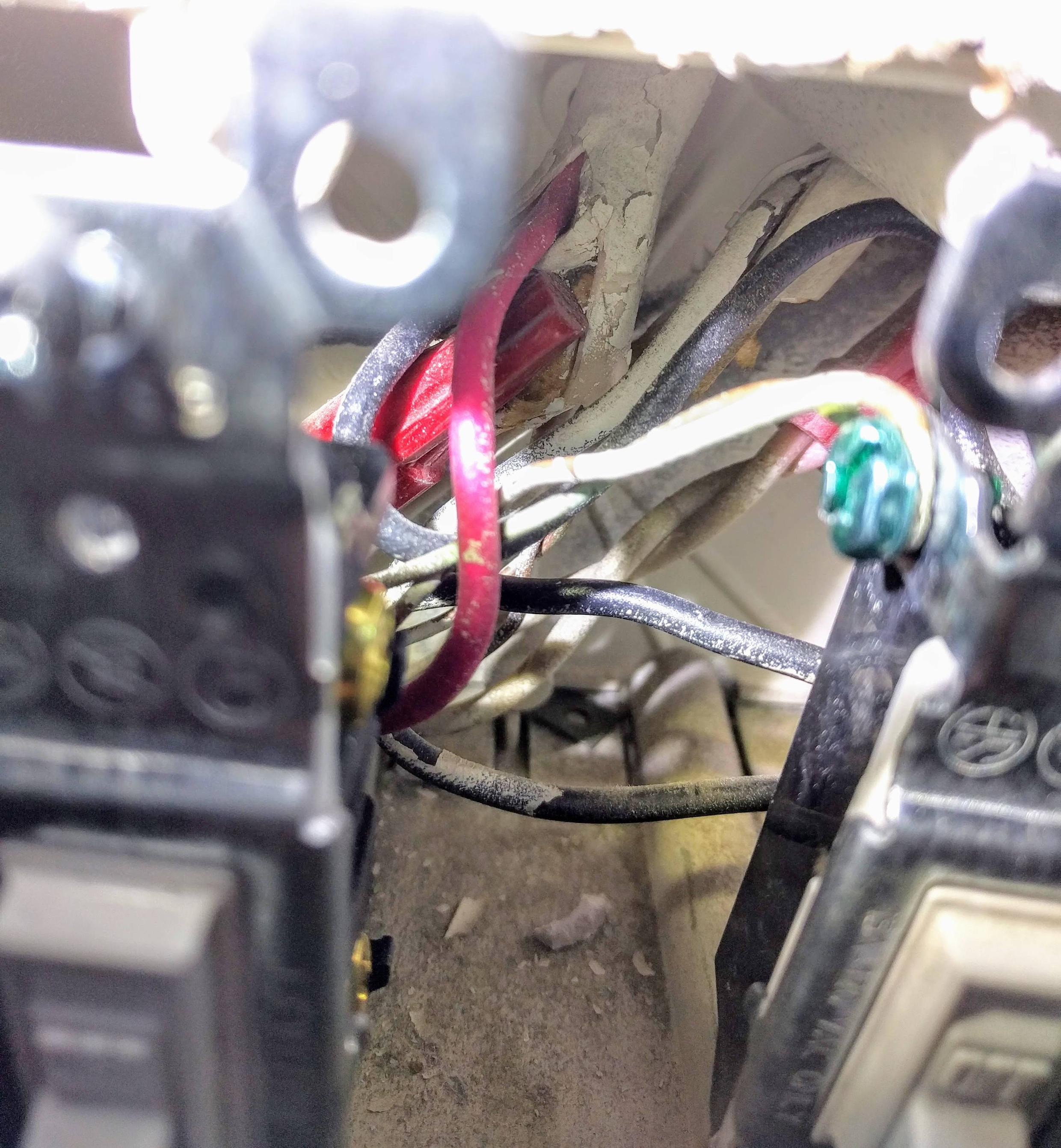 Starting with the single switch, is it typical to have so many cables going into a single switch box? Is this switch splitting the circuit? Are these switches of correct type (they all seem to be regular single pole switches). Any ideas of what to look for? thank you

Browse other questions tagged electrical receptacle or ask your own question.

8
How do I wire a GFCI/Switch Combo?
1
Wiring Bathroom Fan Switch
1
Downgrading from a dimmer to a switch
2
Puzzled installing combination GFCI outlet/switch to replace switch in old house
0
wiring a switch mounted next to a gfci
0
Bypass a three-way switch for the next single pole switch in the same circuit to work on a different light?
2
GFCI/AFCI Trips With No Load And New Wire
1
Simple switch wiring
2
Confusing switch wiring… Need to repurpose the switch to power/control new light strip
2
Wiring new light switch