What should I leave in the walls to allow me to fish future wires?

I'm working with a builder, and I did all of my own low-voltage wiring to open low voltage single gang plates. I have some runs that I want to be able to fish future wires through. Some of my runs are long, and others are short (a plate low and high between the same two studs, same floor for a security camera). What are the recognized strategies to help me plan and prepare for this?

Here are some of the questions about that I have: 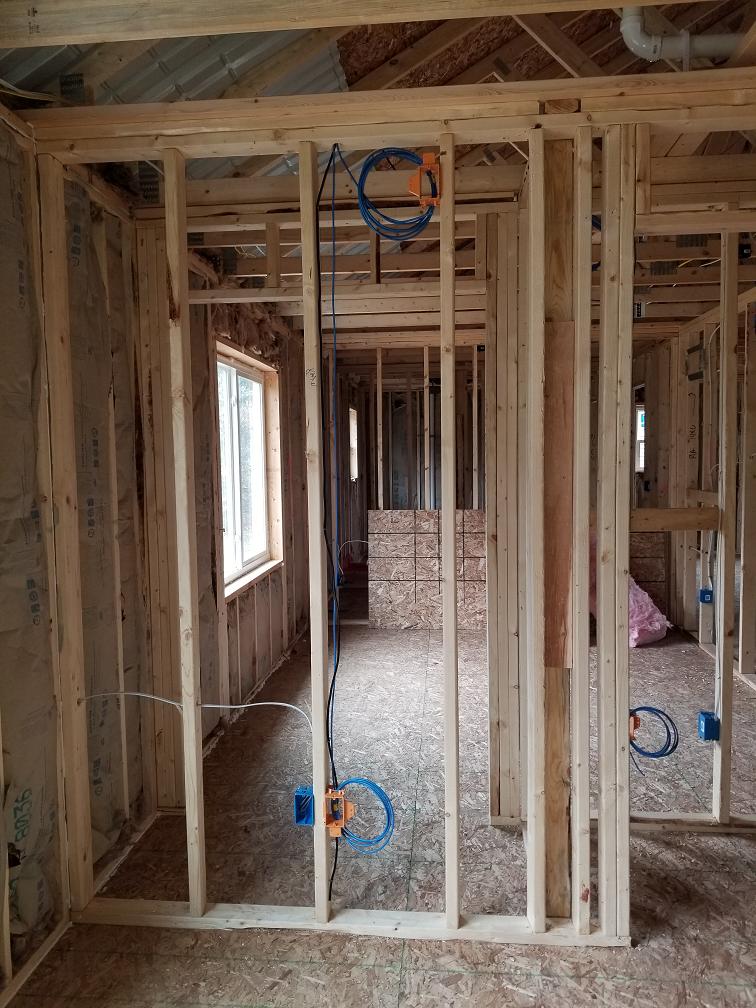 I plan to trim the wires or pull them up into the attic after the drywall is done. For now, I have each labeled on the wire and tape and box.

The question for me, is between those two boxes, what if I wanted to do something seasonal like run an extension cord for holiday lights, or run a low voltage wire for a baby monitor camera? I think I want a string up into the rafters, and a string between these two boxes in this picture

This is what ENT (or any sort of conduit) is for

If you want to leave "room for installing wires in the future" in an electrical installation, you put a conduit in the wall so that the installer who is doing the pulls can actually do the pull without getting wires damaged on edges and whatnot. For data wiring, electrical nonmetallic tubing (ENT) ("smurf tube") is more than adequate -- orange ENT is conventional for data wiring, but any color will do, and 3/4" ENT will provide plenty of room for a data cable or three. Leaving a pull string inside the conduit is helpful for the installer as well, but not mandatory -- I doubt you'd want to do a long-haul pull through a wall on a pull string, though!

Having had to crawl in the attic in the summer, I found the need to add pull cord to runs to avoid the same thing in the future.

I would suggest using a strong synthetic cord, perhaps a nylon or spectra based plastic fiber, to reduce the reduction in strength over time.

The biggest concern with pull cords is losing an end. Tie off each end if possible. If not, leave sufficient excess and bundle it up in the wall box. Even if you wrap it around a screw on the plate, it is secured from accidental loss. If you have these lines in the attic and snag one, it will prevent that.

If you're routing these cords during construction with open walls, consider that any hole you pass through is going to add friction. I'd love to have the ability to work an open wall environment. If the pull cord has to pass through a stud, it would be best to have a nice smooth path. I'd stick a conduit sweep in the hole and use the bell end to wedge it securely against the stud.

During my term in cable television, we often had the option to pre-wire before the walls went up. In almost all cases, the builder declined the feature to have wiring that could be replaced as easily as you have indicated. Too bad the builder didn't avoid driving nails into some of those cables.

Not the answer you're looking for? Browse other questions tagged wiring data-wiring low-voltage or ask your own question.

0
Is a distribution panel necessary when pre-wiring for internet and cable TV?

2
What is the minimum distance that should be maintained between parallel electric and data cables?
5
Does it violate NEC to run an AC adapter's low-voltage output cable through a wall?
1
Class 1 low voltage wiring in wall
4
Class 2 transformer wire (only) through electrical panel?
1
How can I power pergola lights from a remote outlet?
0
How to implement a zoned low-voltage lighting?
5
Landscape lighting wire rough in for future, what wire, how deep? Other things to consider?
2
Interfacing line and low voltages for automatic receptacle control