How do I take off this shower head?

I have been trying to take it off for a while now. The damage to it was like that when it was installed before I moved in. 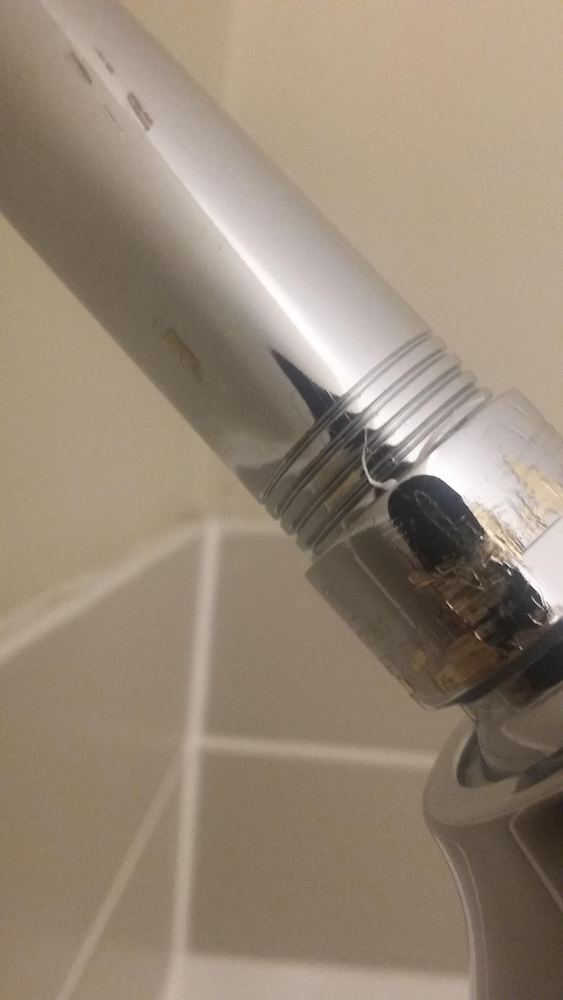 The shower head side would appear to have wrenching flats so normally one would use an adjustable wrench on that side. Someone has used pliers and badly scored the surface so if you want to discard the head, then just do the same.

On the supply pipe I use pliers over a rag. It appears that Teflon tape was used to seal the threads, but normally sealing these threads is not necessary. There is supposed to be a soft rubber seal inside the shower head fitting which the end of the supply tube presses against. The water is stopped at that point and never reaches the threads.

I tighten just enough to stop it from leaking. There is no point in over tightening because this over compresses the seal. If it would leak, the leak is only when the shower is on and the leaked water goes down the drain (as opposed to a leak inside a wall).

A Good set of locking channel locks on the shower head is what I would use, you could also use a small filter wrench where the tensioning belt gets tighter as you pull to loosen. Sometimes you might find a tool with a grip that works in the same manner as the tension belt style oil filter tools sold for vehicles.

If none of this works - get a dremel tool and cut a slot down the left and right side - pry the thing apart off of the threads - as if it was a clam shell on the pipe.

Not the answer you're looking for? Browse other questions tagged shower stuck or ask your own question.