How can I get this elbow off my shower drain, or do I need to replace the entire assembly?

I've had a shower that drains extremely slowly. I added an air admittance vent. After doing so, apparently I was too rough on the connections b/c the shower started leaking like crazy the next day. Luckily the floor in the bathroom was already ripped out b/c of the toilet leaking 2 weeks previous! Behind the shower,the water was evident at the top of the elbow. It did not leak from the work I did the previous day. Apparently it's been leaking just slightly for a while (as you can see all the rust on the concrete below) and I aggravated it just enough to open the flood gates.

Now I've gotten new ABS pieces to replace the old ABS and that old iron(?) elbow. However, I can't get the elbow off AT ALL. I've been using an extremely large set of channel-locks and WD-40 Rust-Release Penetrant but no-go. Additionally, the brass(?) drain assembly it's all connected to shifts as I attempt to twist the elbow off.

It also doesn't even look like I've got enough clearance to get an ABS elbow in there in the first place. Is there going to be a way to do this without taking the entire tub out? 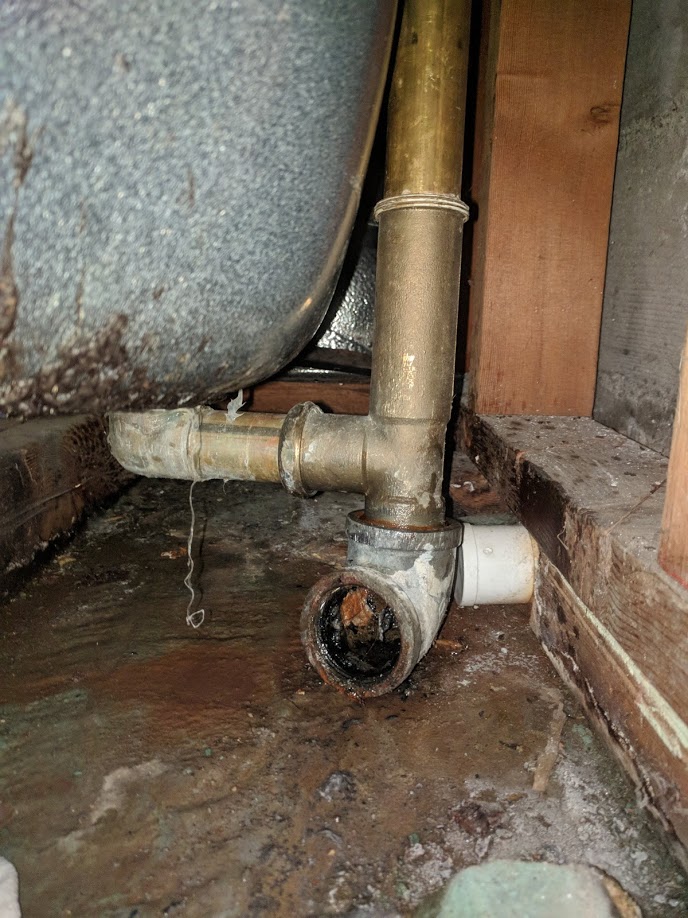 EDIT: With the old work still on: 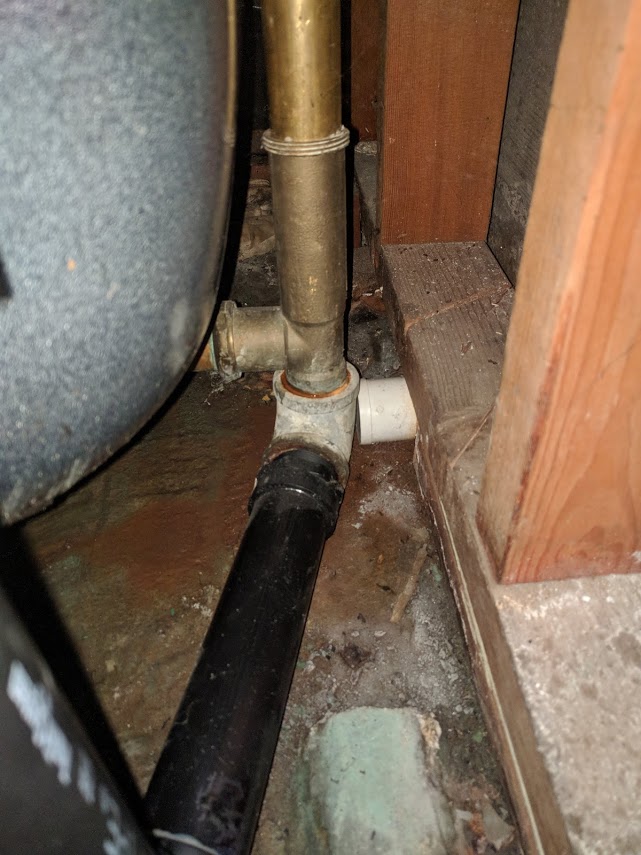 Yes there is a way to do this with out removing the tub. You will need to be very careful doing it though as you could end up doing more work if you do not use care.

Get yourself a 3 inch cutoff wheel and cut a slot on the outside of the elbow perpendicular to the threads, take care not to cut all the way to the threads - you only want to get CLOSE - like a 1/16th or 1/8th away from the threads of the inner pipe. You will need to do this in at least 2 places but given that elbow (thanks for posting a picture) - most likely 4 places. Once you do that you can use a pry bar or screw driver to push the lip of the elbow away from the threads - this will break it free enough to allow you to remove the elbow. Kind of like peeling back an onion ...

Remember when you are close to those going through the elbow to the threads - STOP. That way you do not harm the threads on the other pipe. A small nick will not be a problem but cutting those threads might create a leakage issue.

2
Why is my shower head pipe very loose when the company installed a new tub and surround?
5
Do I need to use silicon seal (caulk) and a sealant strip around the base of my shower
2
stem puller for shower
1
Could this crack in shower caulking be causing drywall damage to the subfloor?
1
How can I remove shower head