I'll ask owner for an electrician, but we have a weird issue with one of our luminaire in our apartment.

It's a two bulbs luminaire and since a year or so, we've change bulb in it like... 5 times maybe. It was LED bulbs because you know, 2018. So after asking some people, they told me that maybe our lights switch does not support LED bulb. So, we put normal bulbs in, guess what, two bulbs burn in two weeks. Bulbs literally burnt (it was all black in it every time) but it's always only one bulb and it seems to be always the same side.

So I bought few other bulbs, changed the luminaire for a new one too and installed it to finally put newly bought bulbs in... guess what happened again? I've change my third globes again in 2 months. And still same result; bulb get almost pitch black with a metallic reflect.

What can it be? Is there something else I can test on my own?

Because our appartment owner is not really on our side when comes time to take money out.

Here is an image a power board similar to ours (not mine) but pretty similar (took in Google). Consider that ours is much more messier than that tho. 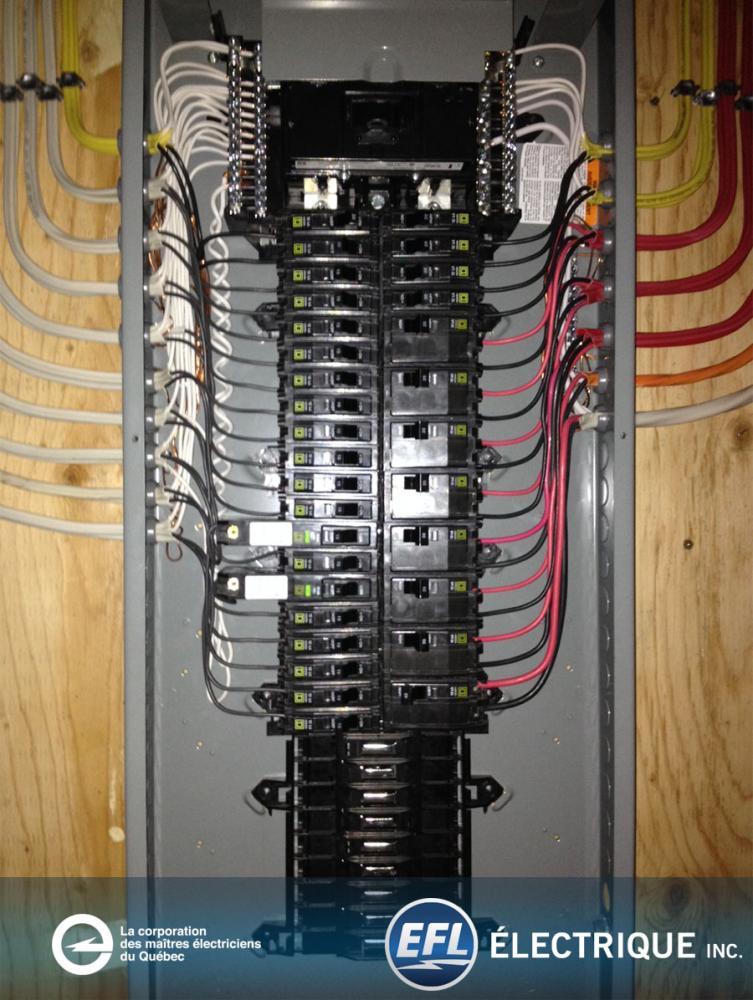 I haven't tried halogen yet but with regular one, before bulb burnt, there was a whole evening where the bulb closed for while and then open back again for 15 minutes, flickers during 10 minutes then closed and reopened 5 minutes after to finally burnt the day after. This is with the newly bought luminaire. –

If the light blinks and flickers with the new light fixture, then something must be wrong either with how you installed it, or most likely in the wiring or switch. Suspect a loose screw somewhere, or a defective switch.

Check the switch for loose/not tightened screws or bad connections (cut the power first, of course), and check the screws in your power panel (tableau électrique). Maybe the switch itself is bad and needs to be replaced.

Do not turn it on unless you're around, as loose connections can start fires.

Will update when you tell more.

3
How do I deal with a loose lightbulb socket on our ceiling fan?
3
GFCI Problem with Three-Way Switch WAS Two Switches Neutrals Only, Switched Hots Not Used
0
Identifying fault in a lighting circuit
1
Second LED bulb in each fixture burns out, what should I replace?
1
Does removing an LED bulbs from fixture decrease energy usage?
30
LED Light bulbs burning out much sooner than expected
6
Light fixture has power, but bulb won't light [US]