Old house, crazy town in the basement in regards to wiring. I'd like to clean it up a little, at least visually - happy to get contractor out if needed - but not sure what to ask for. So what would be my options for for this? Vast majority of wiring is attached to joists with electrical staples. 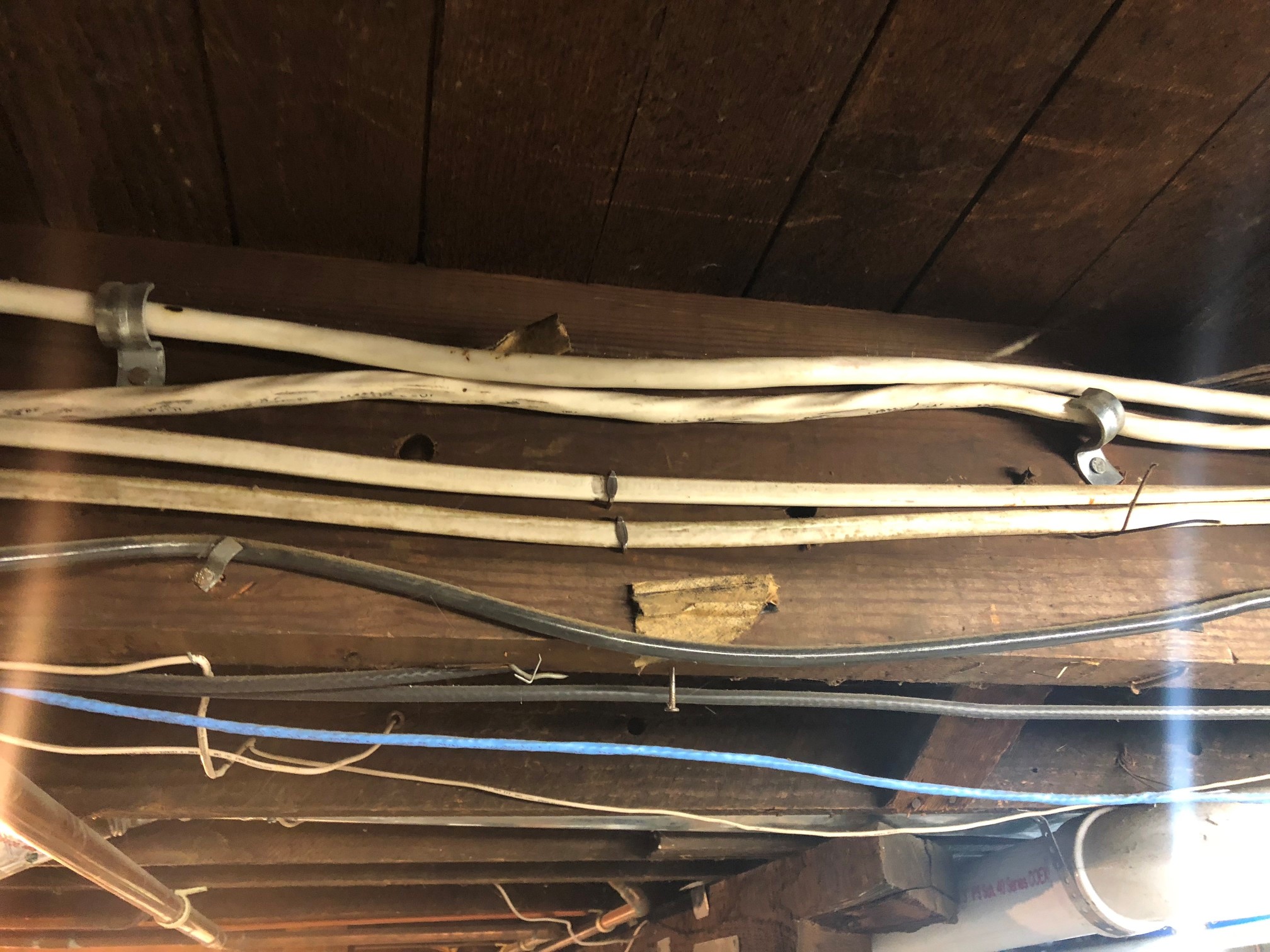 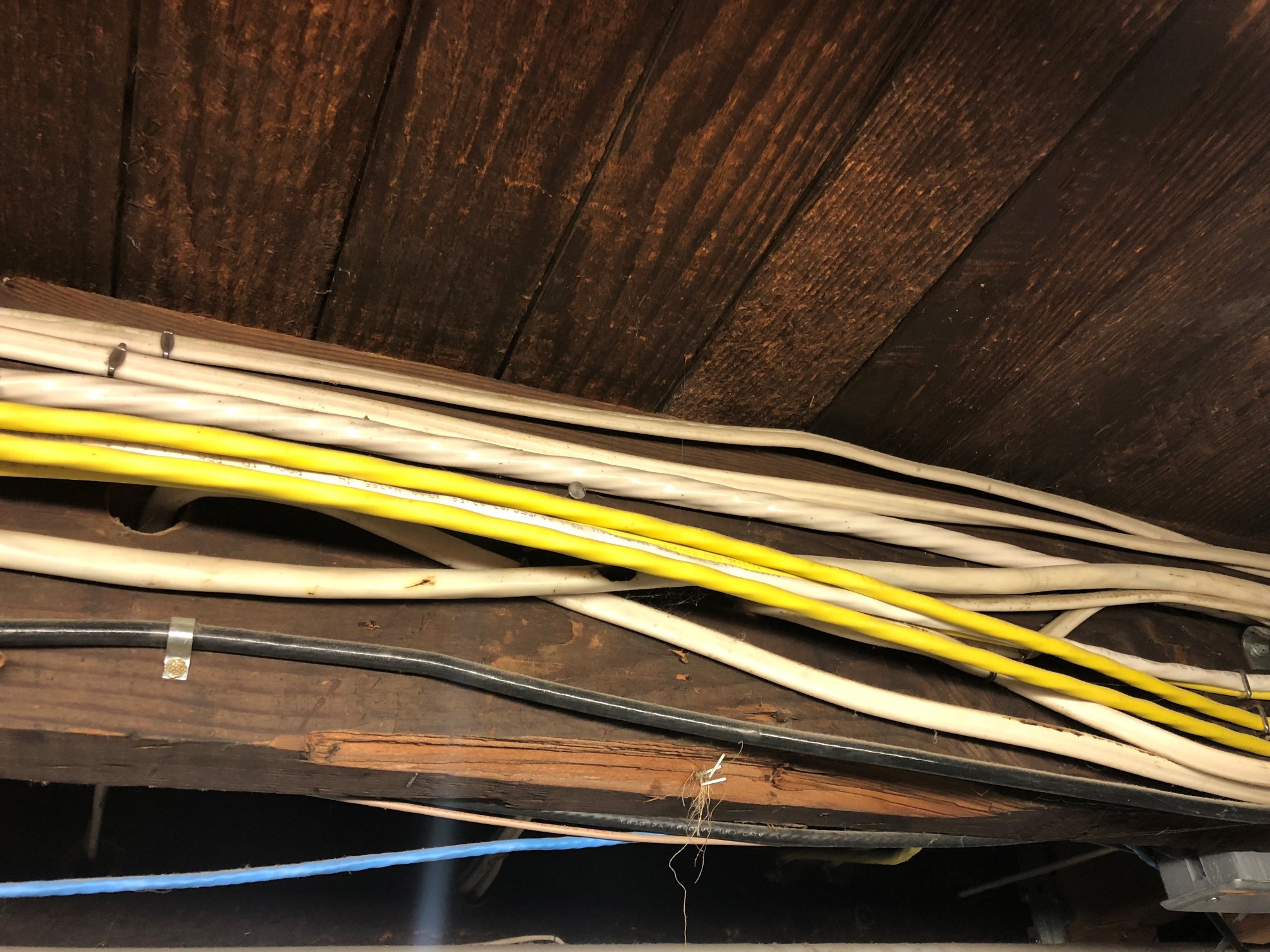 I cleaned up the wires in my basement by removing the ones that were no longer being used for anything--old phone wires, TV cables, doorbells, even a security system that had been removed years ago. This removed about half the wires I had. It looks like some of yours could be similar. Then, if you have some wires that aren't stapled up nicely and are droopy, you can fasten them to well-secured wires with cable ties.

The sloppiest wires in your picture (the ones hanging down low) look like coaxial cable lines and cat 5 networking wires. Not sure how neat you want the end result to be, but you could certainly clean up the mounting of those low voltage wires. If they are going underneath joists, make small holes in the center of the joist to route them through. This won't cost you anything (if you do it) or much (if you hire a handyman).

Not the answer you're looking for? Browse other questions tagged electrical wiring basement joists or ask your own question.

6
What level of electrical service should I order, for new construction?
1
What can I do about joist framing in brick pockets that is uneven and loose?
1
Which trade(s) should I hire for structural repairs?
0
Joists extended by tecos
0
Rules for wiring and conduits on basement ceiling with or without drop ceiling?
0
Requirements for electrical wiring project for a house
1
Unfinished basement electrical re-wiring, protecting cables on cinderblock, also corrosion concerns
1
Options for in-floor receptacles when finishing concrete basement
1
How to install a door in a load bearing basement wall that is only 80 inches high