My old light switch in a bedroom stopped working, and only worked when the switch was pushed and held in the on position.

I purchased another single pole switch. Upon taking the old switch out, I Noticed there were 5 wires...two black, two white, and a ground bare. There are two sets of wires coming into the wall box...one set of wires has the white hot, black, and ground. The other wire has the same three, but no electricity (which I assume turns on my overhead lights in the bedroom.)

The old switch had two side screws used, two push back connectors (where a wire is simply pushed into the hole in the back of the switch), and the ground wire on a screw. 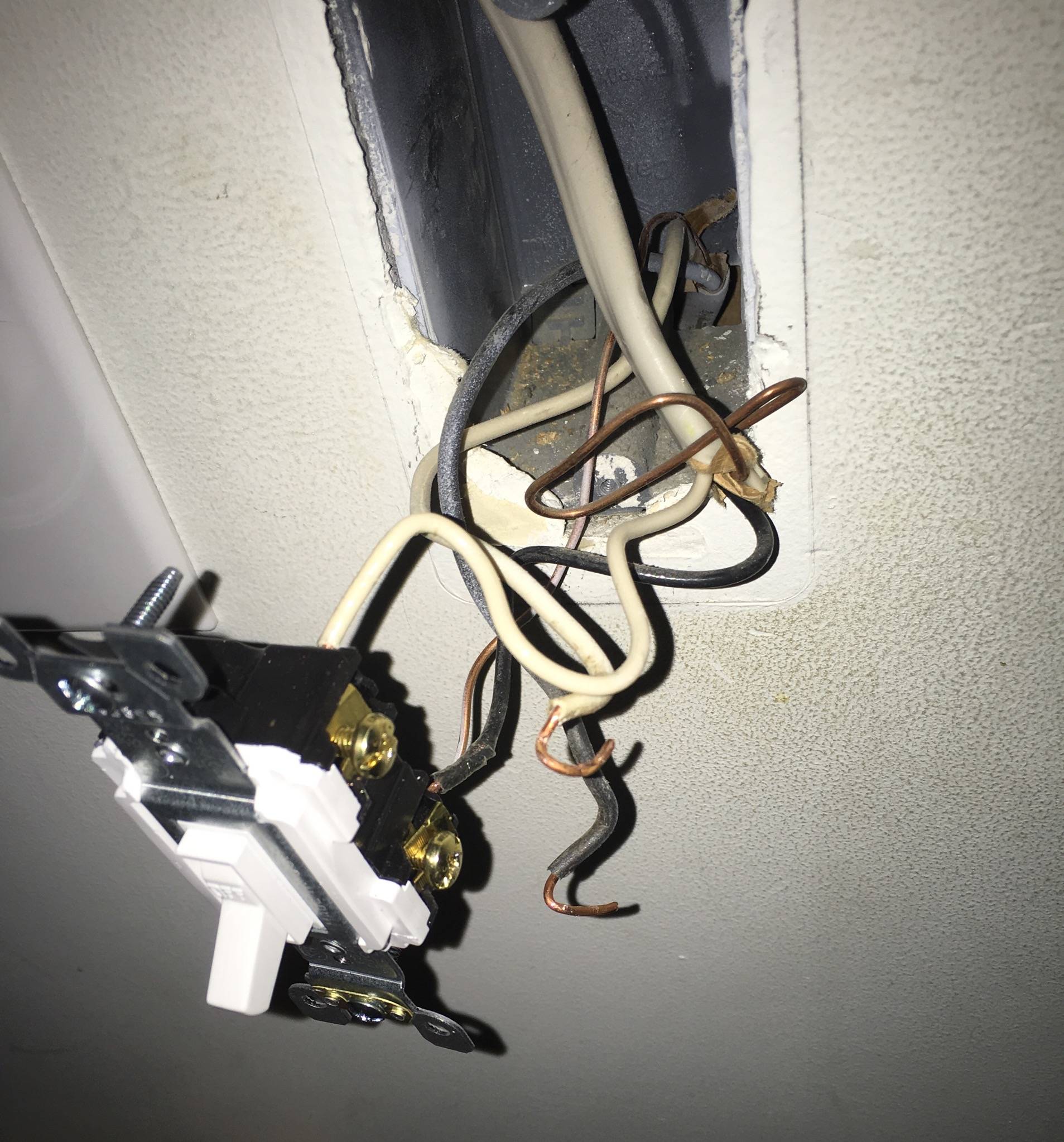 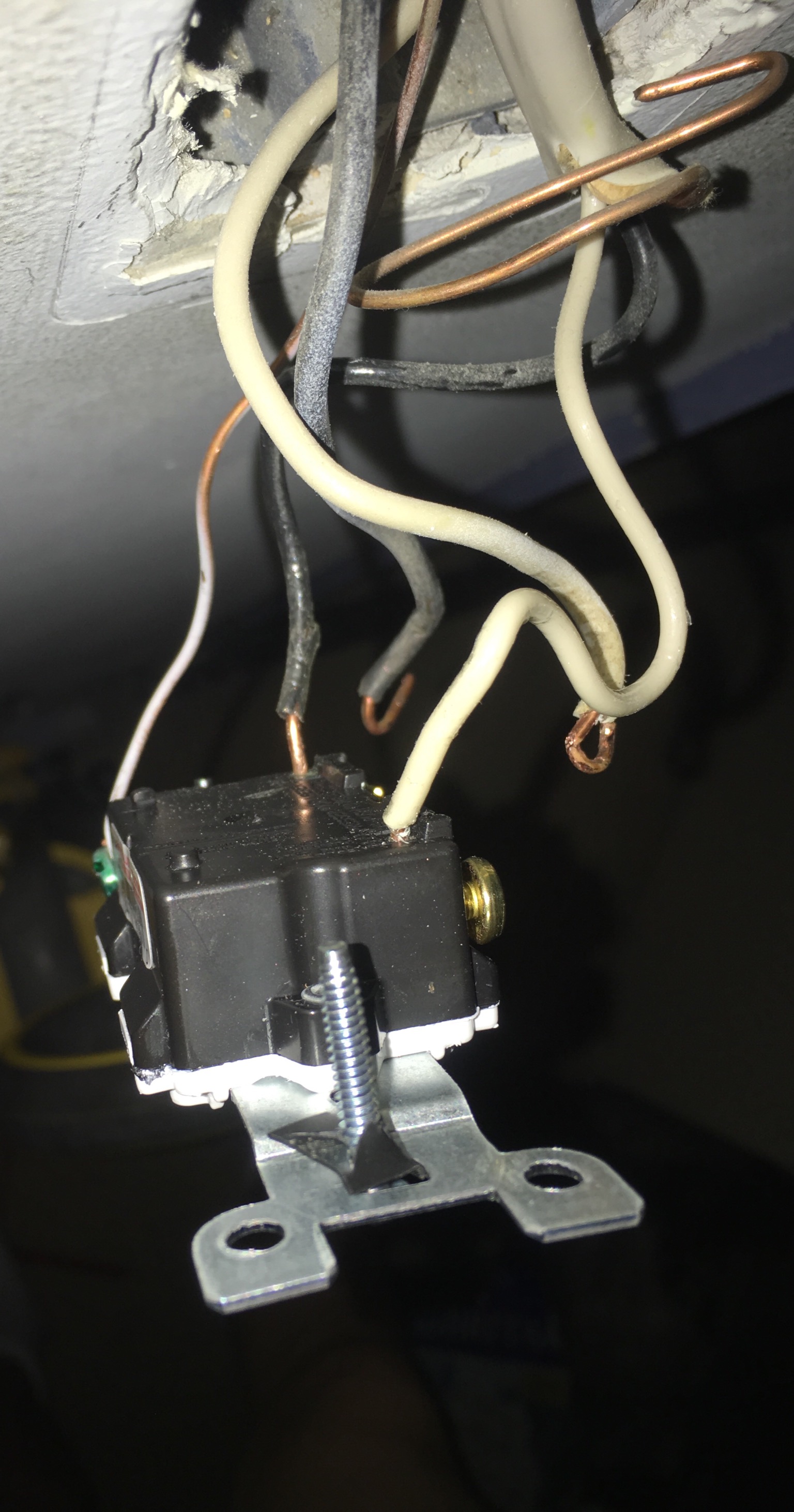 The whites aren't hot, they're neutral

The white wires here are not hot wires at all, they're the neutral wires that return current back to the power company. So:

0
replacing a light switch
3
3-way switch not working properly
2
GFCI outlet/switch combo installation?
3
outlet not working but grounding screw is hot
2
Wiring new light switch
3
Light Fixture Stopped Working After Replacing Its Three-Way Switch
0
Master bedroom light switch is controlling the bathroom too?
2
How can I use a switch for outlets to control a new overhead light?
1
Re-wiring an old Slater 3 way switch with new Leviton