Is it safe to turn on sprinklers in spring and just drain backflow preventer if freeze is pending?

I live in Colorado, it's quite dry here and can be quite warm in the middle of winter. If I blow out my sprinklers before the first freeze and don't water again until after the last freeze of the spring my lawn will be dead (edit: not really dead, but damaged, in much worse condition than neighbors). So I drag a hose and sprinkler out several times in late fall/early winter and also again in the spring.

In the spring, would it be safe to just turn the system on earlier and just drain the backflow preventer if a freeze is incoming, since the buried lines are less likely to freeze?

I'd love a system that didn't require winterization, but don't think that exists.

Yes, this can be a very viable option if the temperatures will not be near or below freezing for very long. This is how I've done it in Texas, where it rarely gets in the 30s, and never had a problem. For one or two nights, the bigger concern is a cold wind rather than temperatures in the upper-20s or low-30s.

As long as the temperature during the day is above freezing, and you're not having multiple nights of freezing temperatures in a row, you shouldn't have a problem with your plan. Just make sure to wrap any exposed pipes with insulation, and possibly wrap the backflow preventer as well. Make sure you've had at least a few warm days (and nights) before turning the irrigation on for the first time, too.

Some notes, as installations may differ between areas. Irrigation systems in my area are 3/4" or 1" schedule 40 PVC, typically buried about 8-12" down. If your installation differs dramatically from this, adjust accordingly

I can't see a problem as long as you can drain the system. I installed my own sprinklers and the system is pretty unusual because I have very little lawn, mostly shrubs. I do have some low spots that don't drain properly that are a problem. However , as long as there are no undrained areas you should be good. One related problem; I tried to use a hose in cold weather but the water froze before it could get to the end of the hose . This could be a problem for you if you tried to water while the ground was frozen to a depth below your sprinkler system.

Depending on where you are in Colorado water is not abundant. You could forego watering in the winter.

Our lot medium sized suburban lot (10,000 sq ft) in Dallas TX is a xeriscape. We use less than half the water we would use if we had the amount of turfgrass which is common in our neighborhood. We do have a small amount of St Augustine in the front on both sides to blend in with the neighbors.

This afternoon I had to put up with seemingly interminable leaf blower racket from the neighbors' yard crew mowing and blowing across the alley. 70 ft away the sound was deafening. Around here the standard is to mow weekly or at least biweekly, even during the winter! We host a family of screech owls in a box in a tree in a back corner of the lot right where the outrageous leaf blowing was going on. It bothers me no end that people have this insane compulsion for leaf blowing and will tolerate 100+ db because . . . ?! 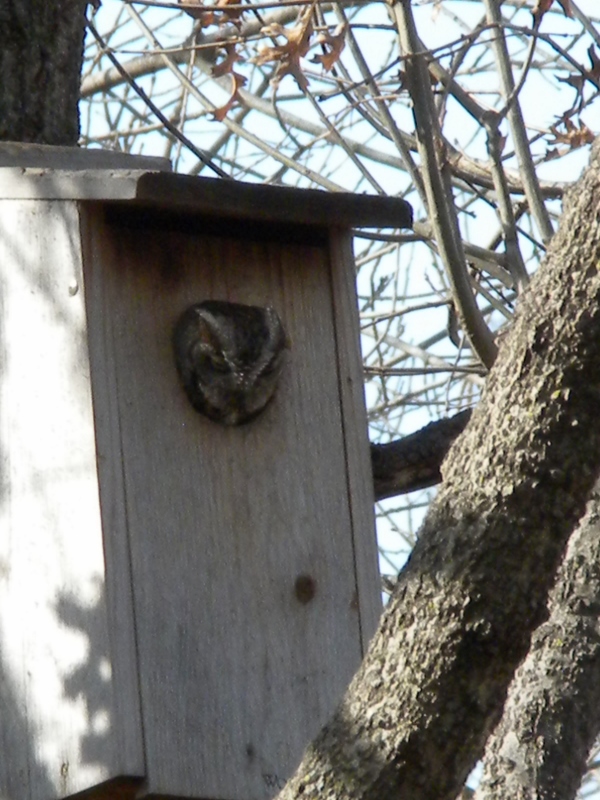 1
Is my irrigation system winterized properly?
0
Which valves should I close when blowing out my sprinklers for the winter?