Use existing cat6 wiring in apartment for data

We just moved into an apartment that has cat6 wiring, with 2 available jacks in 3 separate locations. There is a service box where cable comes in (I have cable internet) and a board that distributes cat6 cabling to all 3 locations. The board is a Suttle SAM-V8.
My current setup is cable modem and a ubiquiti edge router. Currently I have internet plugging in directly to the edge router - no issues there.
My question is how can I tie into the wiring that is distributed to the jacks in the apartment.
I know how to create my own patch cables based on the T568A and T568B standard and it doesn't look like these cat6 cables are wired according to these standards.

I found this but I don't think it answers my questions.

How can I use the existing structured wiring panel to get internet throughout my house?

I've attached some pictures with annotations that I hope are helpful. Thanks in advance for the feedback. 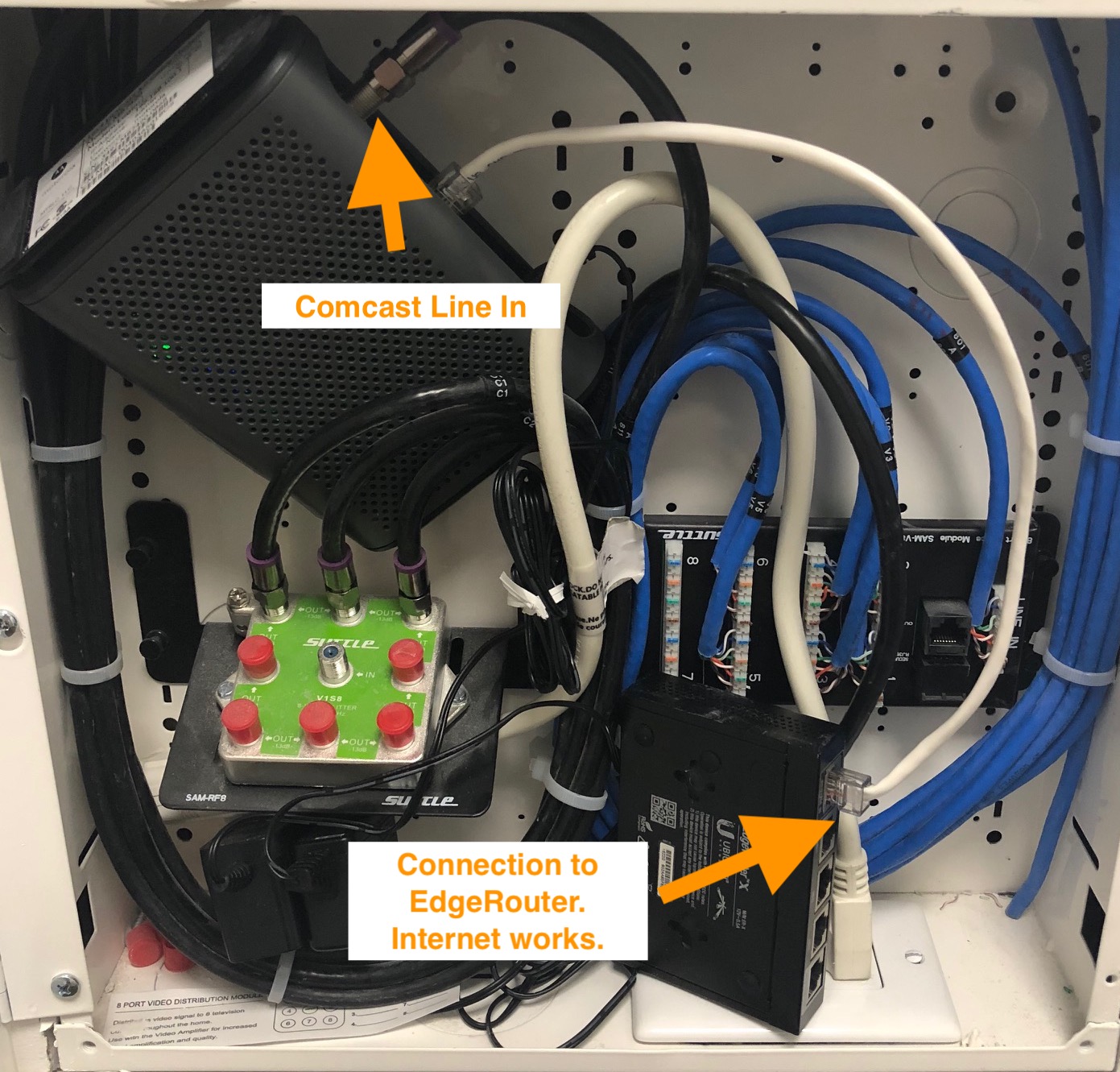 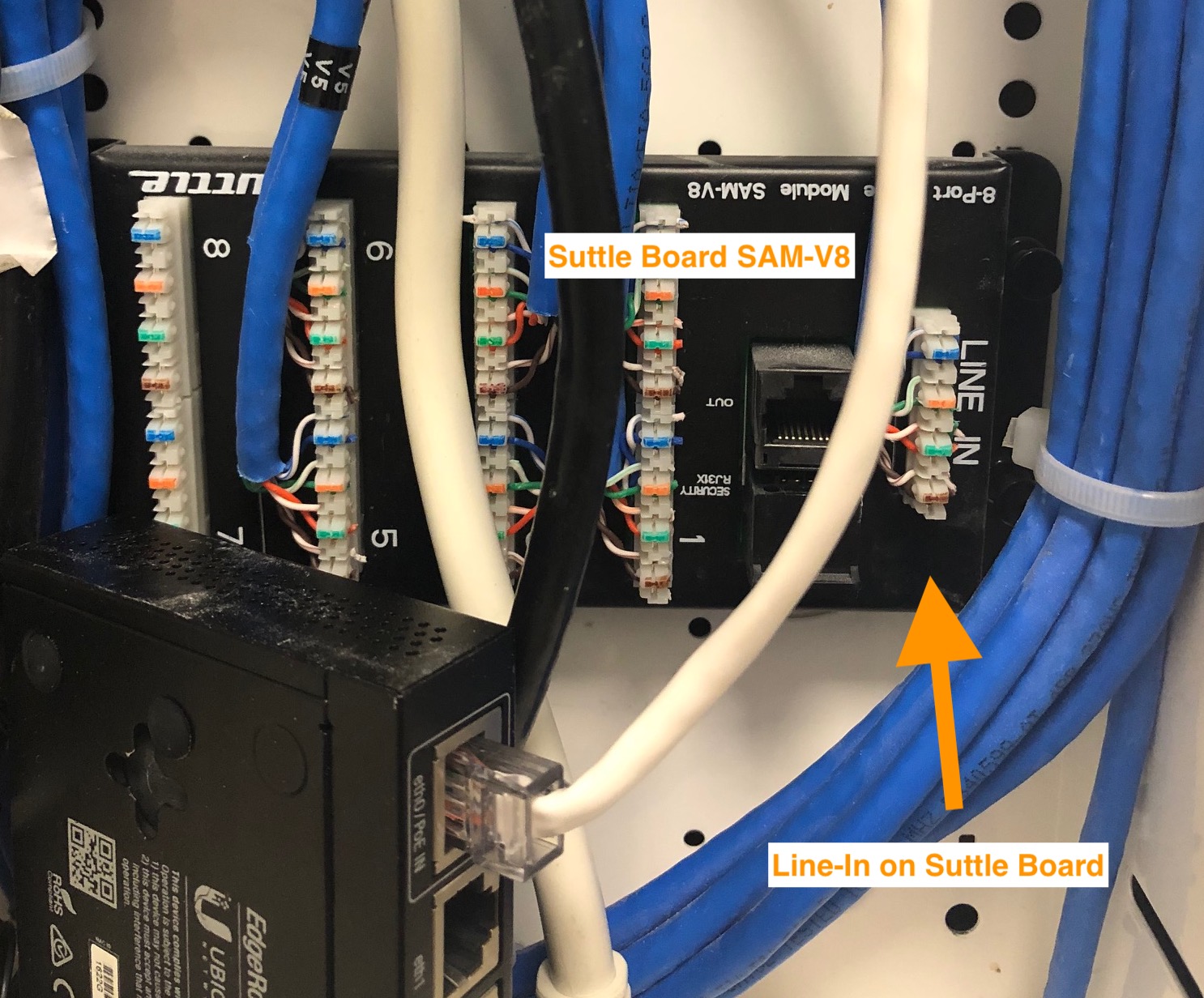 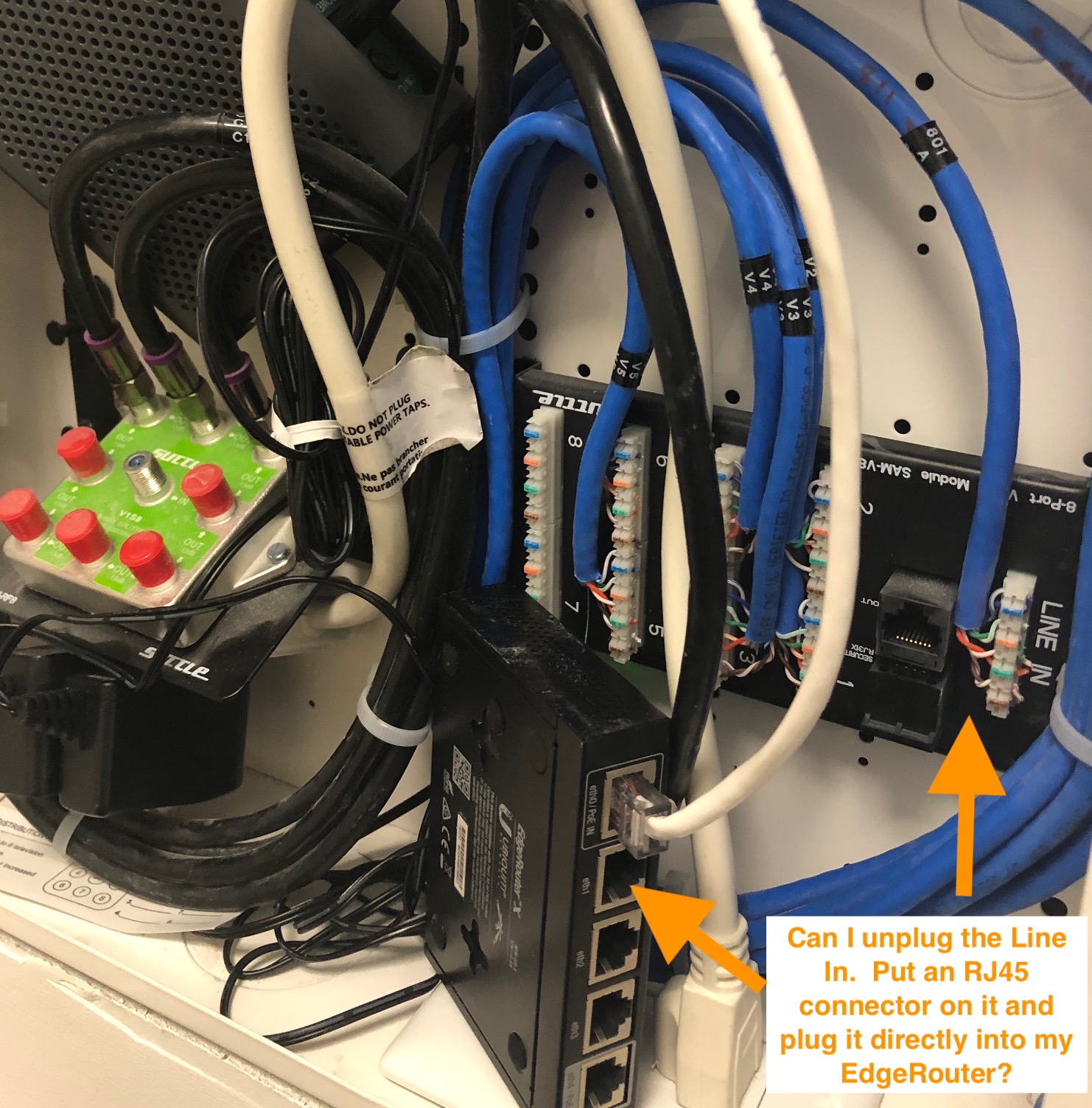 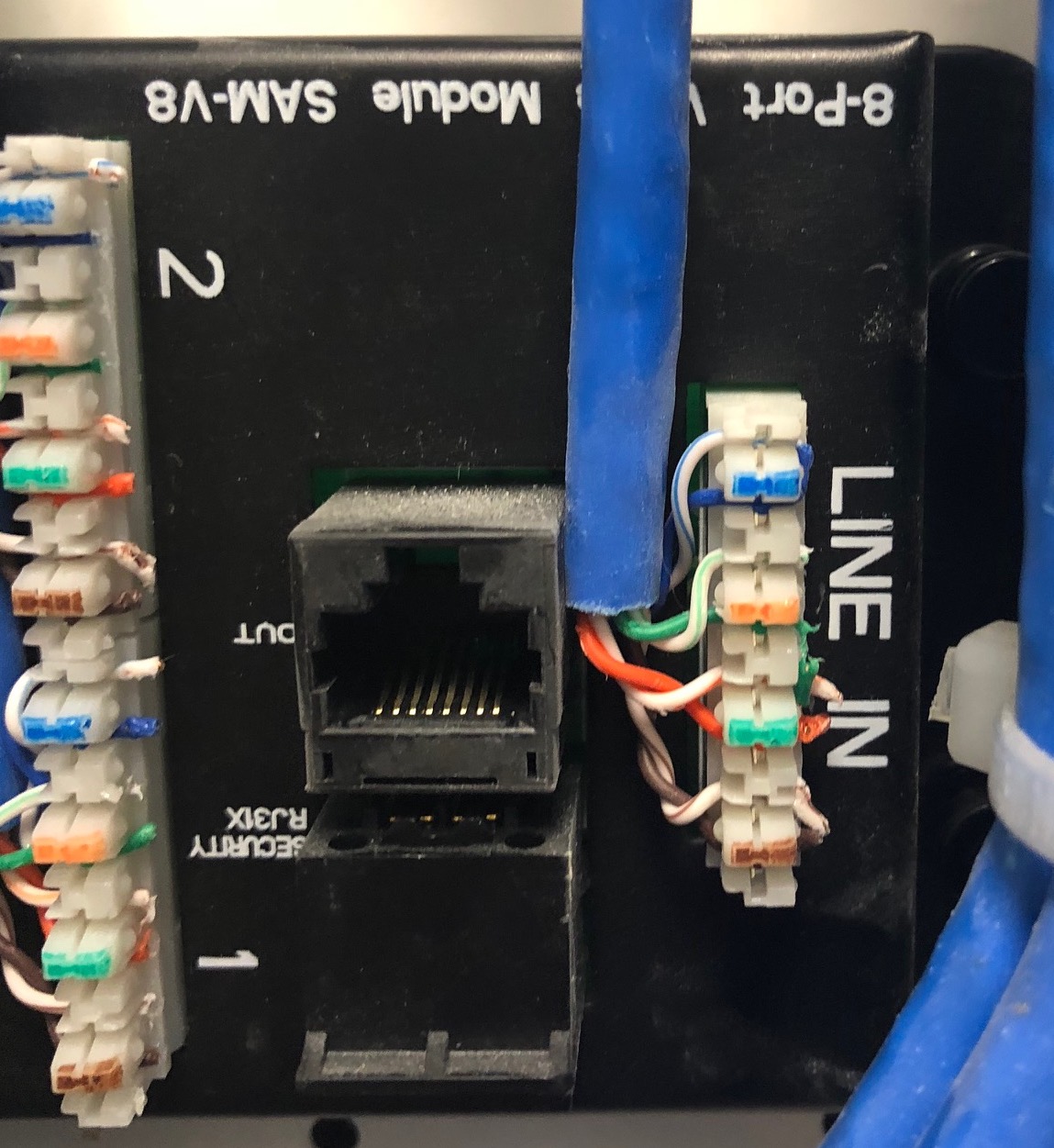 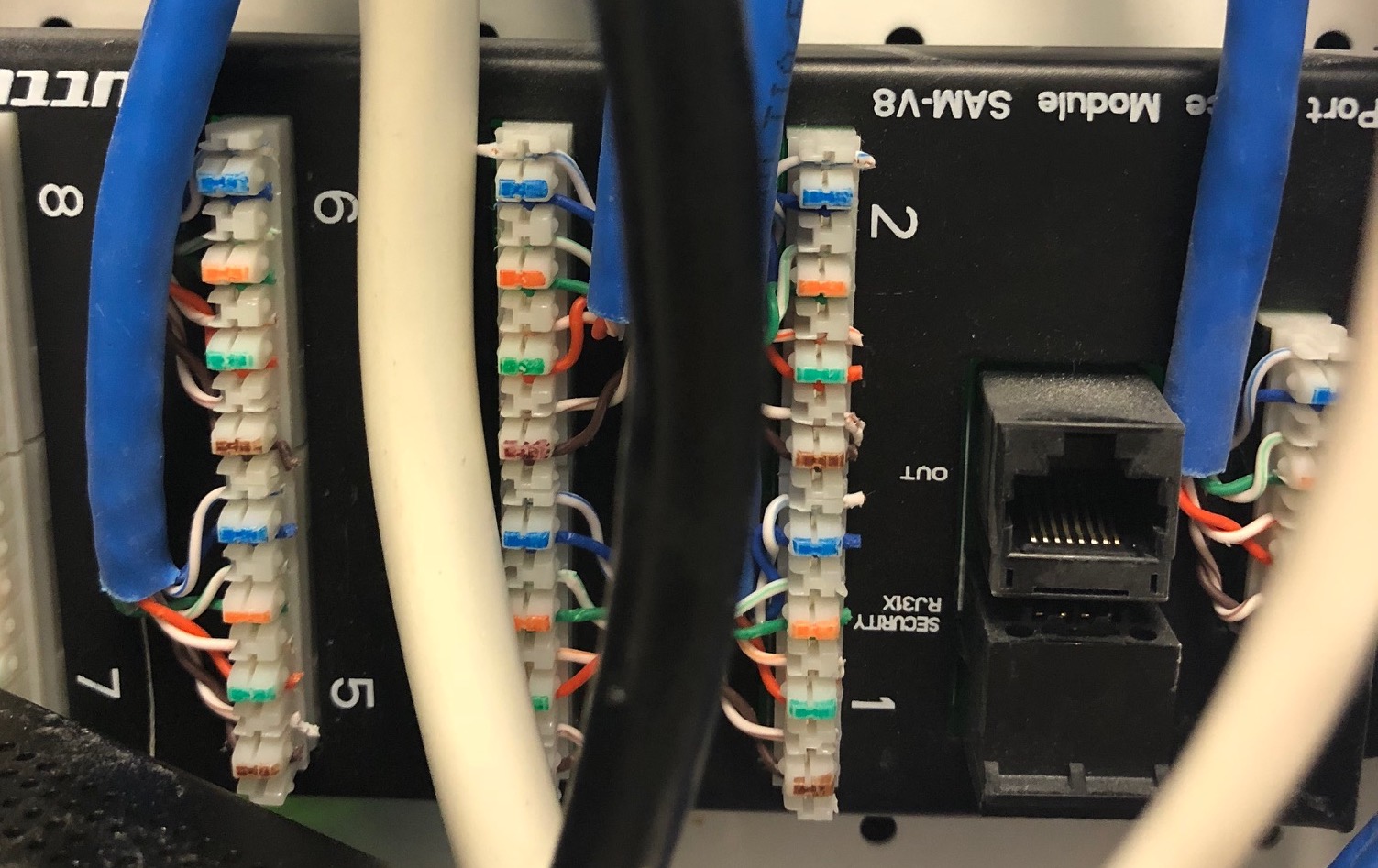 What you have here is a "voice distribution panel", and it is just like a big dumb junction block for all the cables that are punched down onto it. What this does is allow you to plug in a phone to any of the jacks in the apartment, but it is NOT usable for data.

So, you can use those cables for data, but you will have to pull them all off that distribution block and terminate them with RJ-45 jacks or a patch panel and use short patch cables to connect to your switch. It looks like what I described is one of your questions written on a picture, so yes, you can do that.

Since it was wired for voice, the wall jacks may also need to be rewired. You'll have to open up the jacks you would like to use and see how they are terminated. My house was punched down to a T568 standard, but the apartment I was in only had 1 or 2 pairs connected like you would for 1 or two phone lines. Depending on how the jacks are wired, you could terminate the cables the same way in this box and not have to change them.

Keep the pictures that you took, and I would go ahead and punch everything back down the way you found it when you move out.

@JPhi1618 is correct as far as what you have right now. But the better solution to terminating with RJ45 is to install a patch panel. Something like Trendnet 8-port patch panel. The brand doesn't matter - just make sure that it is CAT 5e or CAT 6.

You can then punch down the existing wires to the connections on the back and plug short patch cables between the jacks on the front for the ports you actually want to use (i.e., only for the "live" jacks in the other rooms) and your switch or router. To make your life easier - and to make sure the connections are solid - get a punch tool.

A cheap punch tool is OK if this is the only time you're going to use it, though the more expensive ones tend to be easier to use (as well as last longer).

To answer the question posed on one of the pictures:

Can I unplug the Line-In, put an RJ-45 jack on it, and plug it in to the router?

No, you can't. The Line-In is the service drop from the street for your telephone company, and so shouldn't be mixed in with data traffic.

2
How can I use the existing structured wiring panel to get internet throughout my house?

3
How to test existing ethernet cable outlets?
2
Are there any disadvantages to switching from a punch-down distribution box to an RJ-45 one?
2
How can I use the existing structured wiring panel to get internet throughout my house?
2
Fix/Move Ethernet on Side of House
13
How do I use existing cat5e wiring to distribute internet in my house?
4
Connect Network Expansion Board/Patch Panel to Router
1
No signal when cabling a female wall plate
6
Use CAT5E for network instead of phone
2
Punchdown patch panel with no RJ45 ports?
2
Home Ethernet "patch" panel - how to approach?