UPDATE: Problem has been resolved. The solution was checking the connections in nearby junction boxes on the same circuit to determine that a neutral connection had become loose.

I have a junction box in my house that (I thought) connect a hot line with a remote switch (near the junction box but on the other side of the wall) and a ceiling lighting fixture. The ceiling fixture is difficult to access.

My goal was to add an an electrical outlet where the junction box is. When I connected the outlet, I had 120V on both the neutral and hot (relative to ground) so I knew I had done something wrong. When I tried to reconnect the fixture the way it was, I couldn’t get the light to turn on. Here is how I thought the fixture was originally wired:

I then completely bypassed the switch, thinking that the fixture should be permanently on, still no light at the fixture. Replaced the bulb in the fixture, still nothing.

Testing the voltage between the “panel romex” hot and neutral, I’m getting 40V, which seems strange to me. I’m thinking that I am not understanding how this is wired, and perhaps the “panel romex” is actually coming from the fixture or elsewhere? Right now, everything is disconnected and everything else in the house seems to be fine. Any idea what could be going on, and should it technically be possible to put an outlet at the junction box? 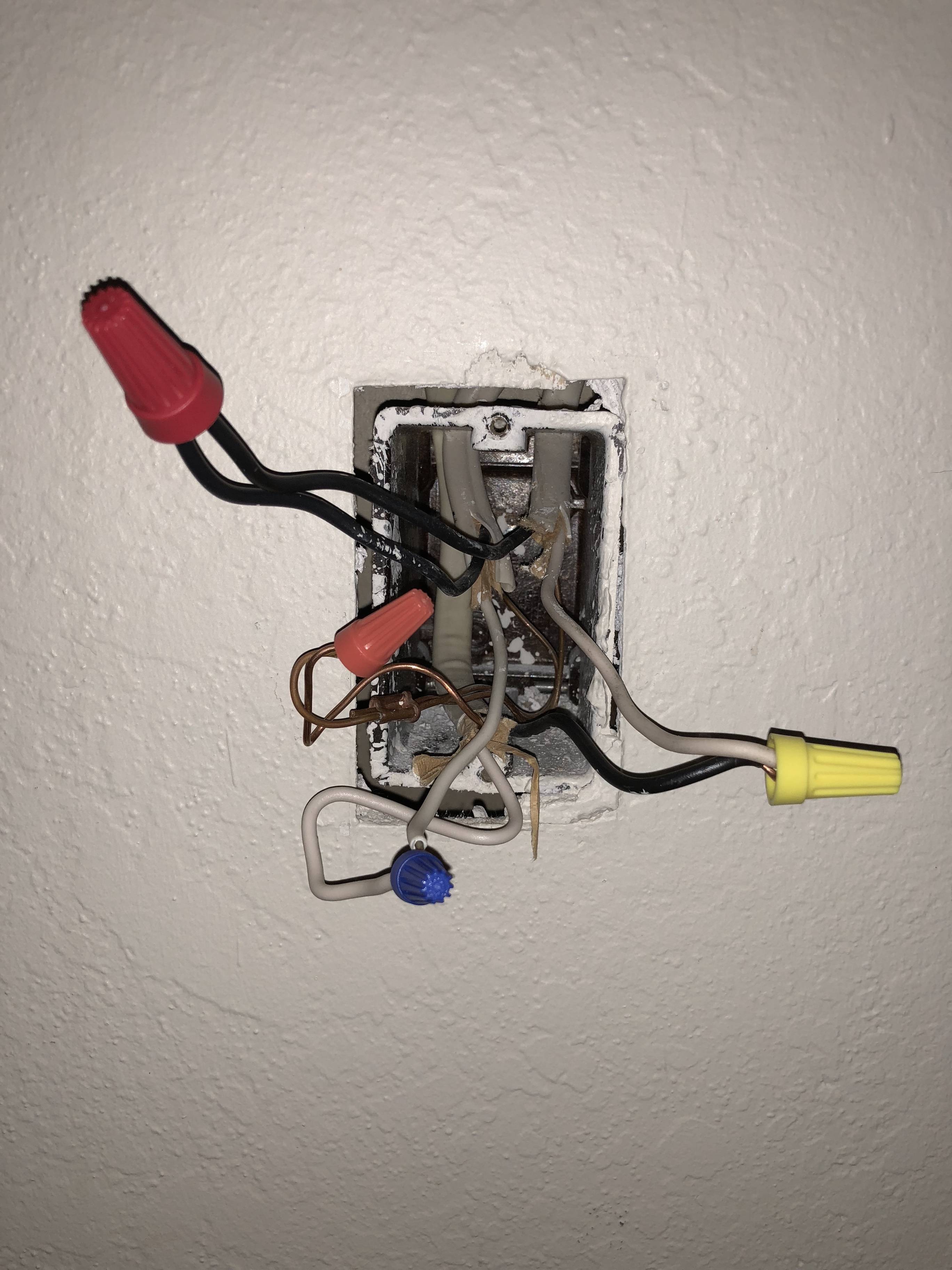 When I see an odd voltage like that I think of the two usual causes: (1) ghost voltage reading and (2) floating neutral.

Ghost voltages are commonly caused by induction from nearby live wires and will disappear when a load is applied. Try connecting a lamp where you had the voltmeter. Try between hot and neutral, between hot and ground, and between neutral and ground.

Floating neutral would be caused by a break in the neutral somewhere in that panel romex. To test for it switch off all the loads on the same circuit breaker, and then measure the voltages at the panel romex again.

"Panel" hot to "panel" neutral: 43V, "panel" neutral to ground: 6.5V, "panel" hot to ground: 120V - doesn't really add up, does it? Either the neutral has a varying intermittent bad connection, or something is interfering with your voltage measurement process. You'll have to examine the entire run of the "panel" romex to find the fault.