I wanted to replace the wax ring on my toilet but when I took it apart I found that the flange was in bad shape. The notches that hold the bolts were broken out. That, I think, led to the toilet wobbling, which led to a leaky wax ring. 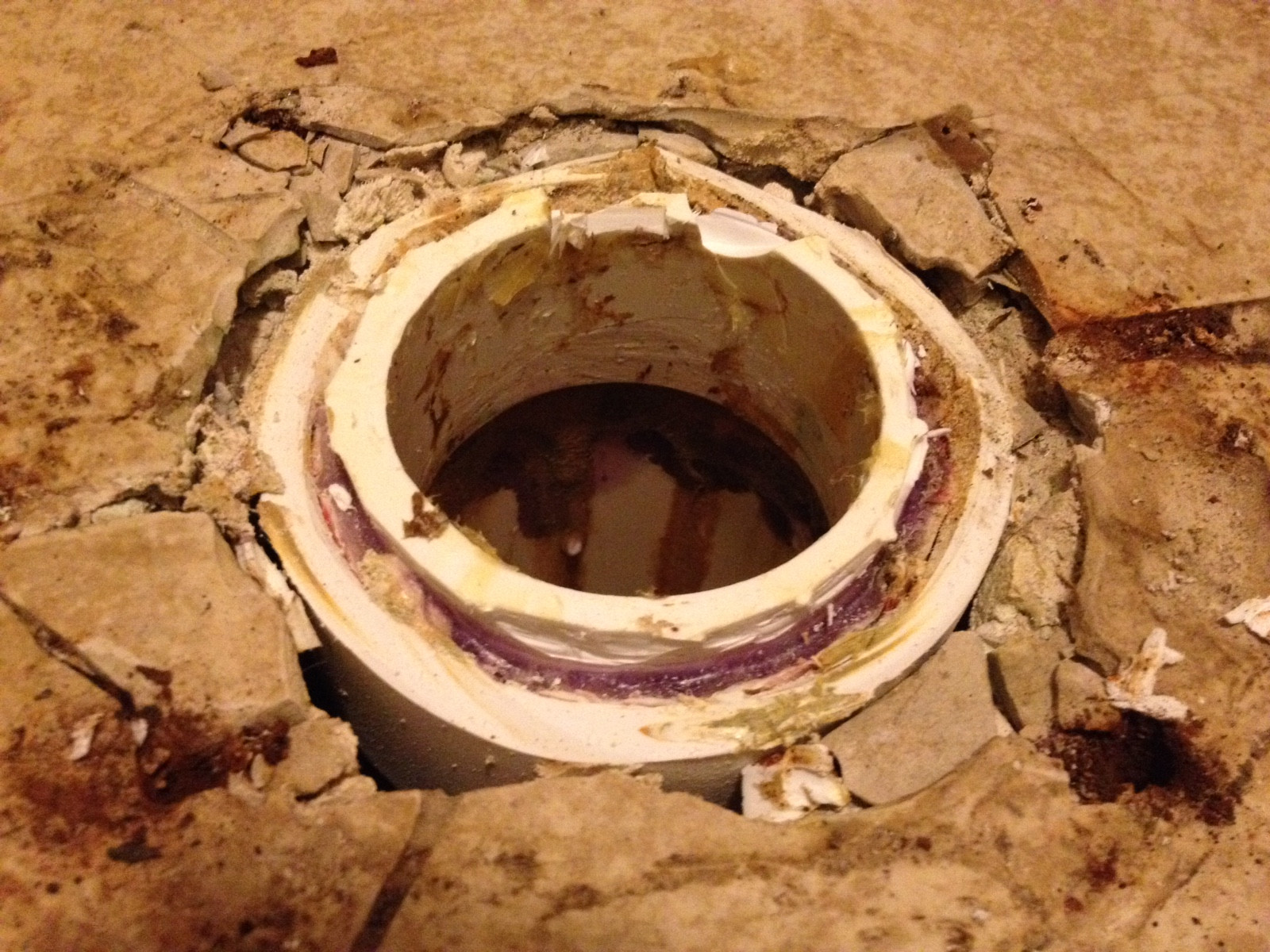 That's a tile floor, slightly crumbly around the hole (it doesn't look as bad in person). You can see the little piles of rust where the screws were. Finally, I used a saw and chisel to remove the last of the flange from the inside of the pipe.

Once I got the flange out, it looked to me like there was another layer in there. I mean it looked like the pipe contained small second pipe, into which my old flange had been inserted. I began chiseling that out as well when I stopped and wondered whether I should be doing that. It didn't seem that the inner layer was coming out as cleanly as the flange had done. At this point it looks like this: 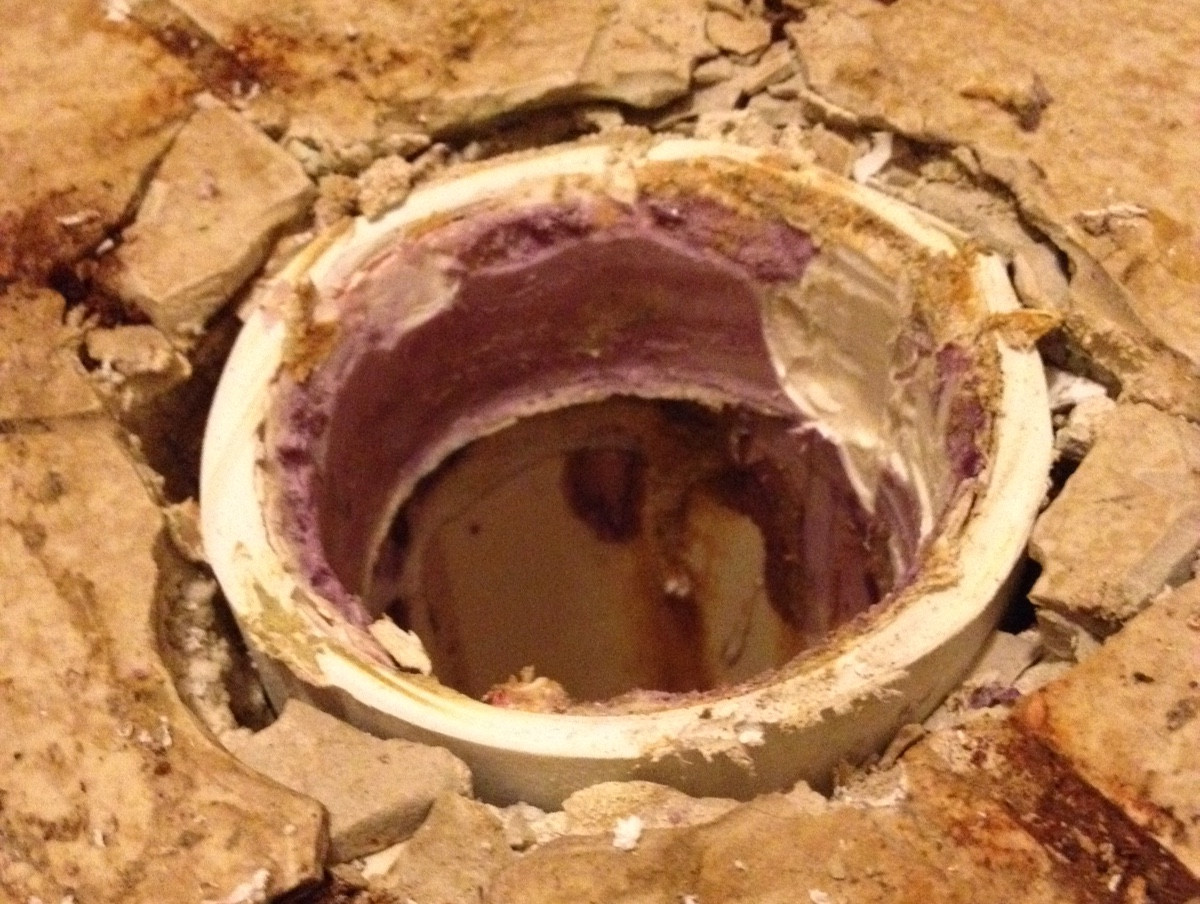 I believe that's purple PVC cement around the inside. You can see that there appear to be two layers. On the right you can see where I started chiseling out the inner layer. On examining a bit that I chiseled out, it does appear to be an inner layer. Here is a photo of it. You can see some printing on the outside surface (by which I mean not the purple side). 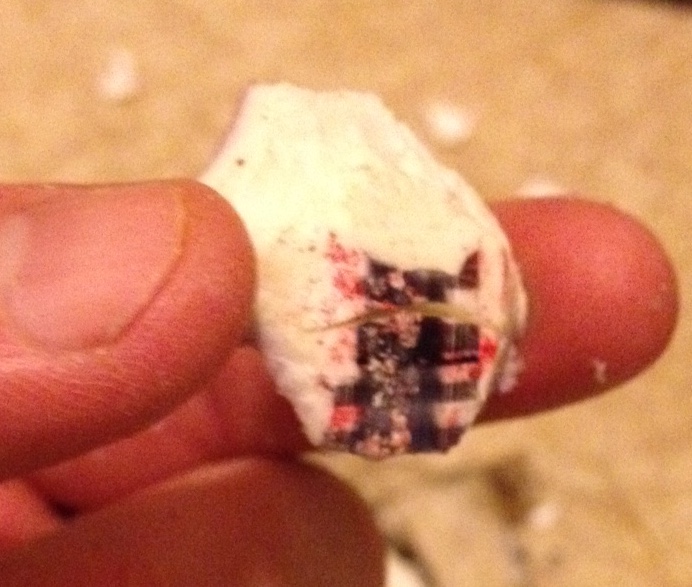 What now? I'm up to my neck in this project and I'm not sure how to proceed. What do I need to do in order to prepare this pipe to accept a new flange? Should I stop now and just install a new flange in the pipe as-is? Do I need to remove that inner pipe? And the big question, is it time to admit defeat and call a plumber? 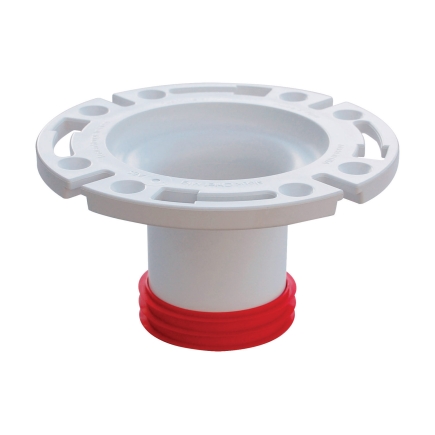 It may be that the rubber gasket will form a seal below the damaged portion of your waste pipe. If it slides into the pipe and seats against the floor you can anchor it to the subfloor and you're back in business.

Not the answer you're looking for? Browse other questions tagged plumbing bathroom toilet pvc or ask your own question.