My basement takes on water from time to time. Usually during/after rain, and sometimes snow. It's a slow trickle, but it can last for days.

It appears to be coming through the wall, right under the chimney cleanout door.

With heavy rain, I can sometimes vacuum 2-3 gallons of water out at once!

It's worth noting that I removed all water in the chimney and the basement yesterday evening. Then it rained this morning. Yet when I got home this afternoon, the basement had lots of water, but the cleanout had only a half-inch of water. Either the chimney completely emptied into my basement, or the water actually came in from somewhere else.

I've only been here for a few months, I don't know how long this has been happening.

The chimney clean-out door is in the upper left corner of this photo: 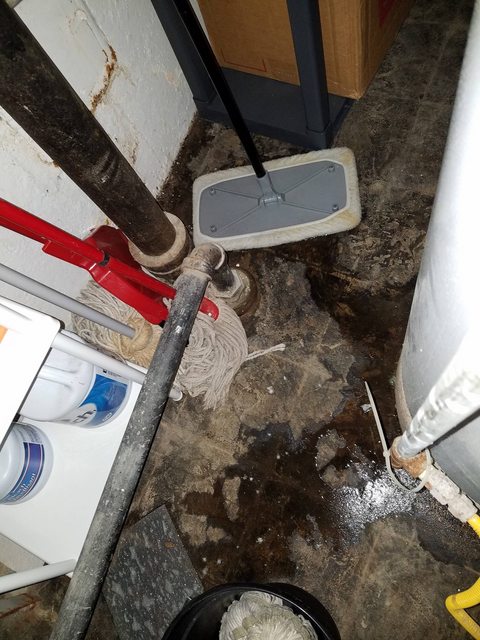 Yes, I'm 100% sure it's not coming from the water heater. If I keep wiping the water up, it only comes from the chimney wall. 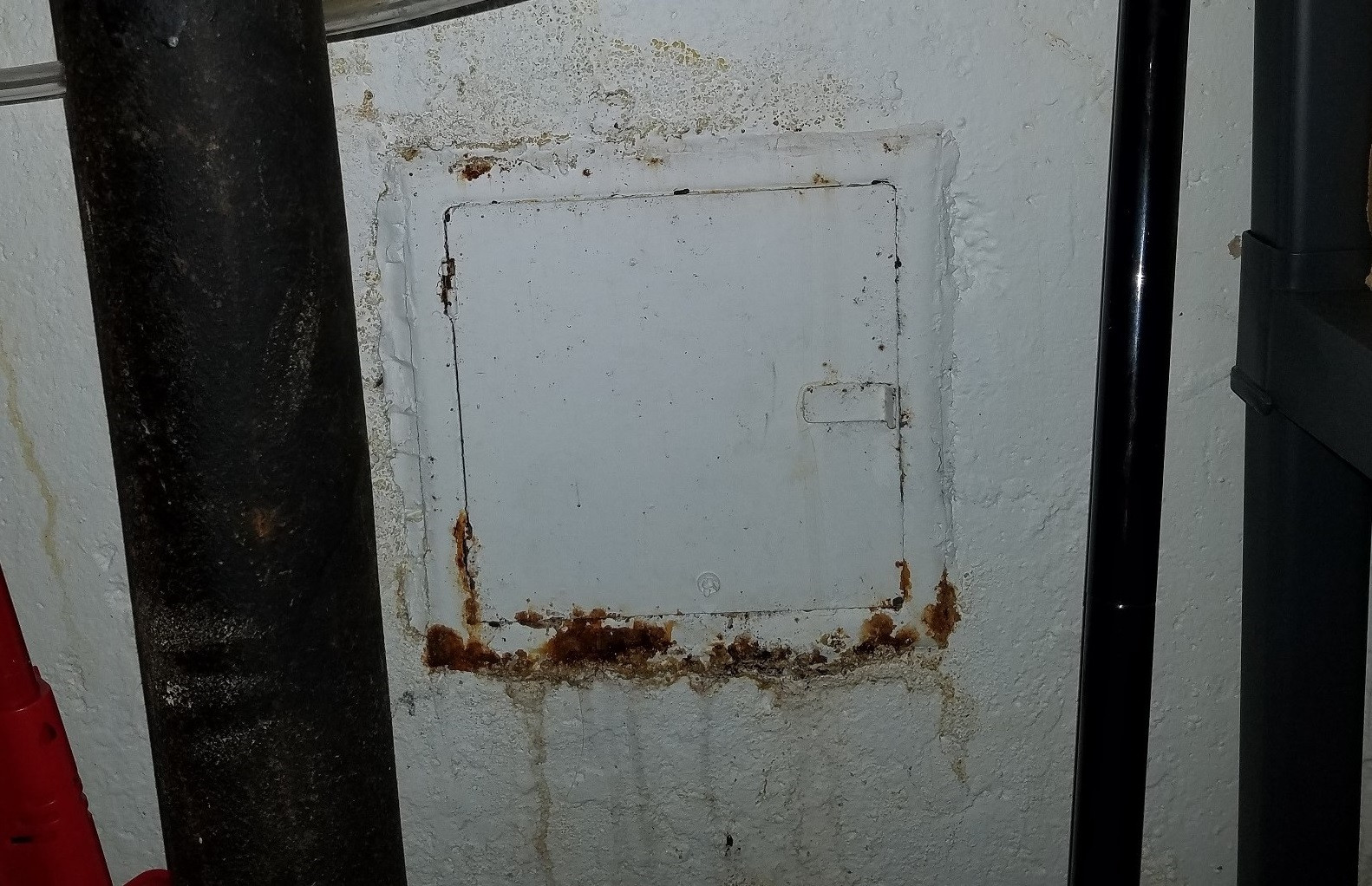 Here's the bottom after emptying the water: 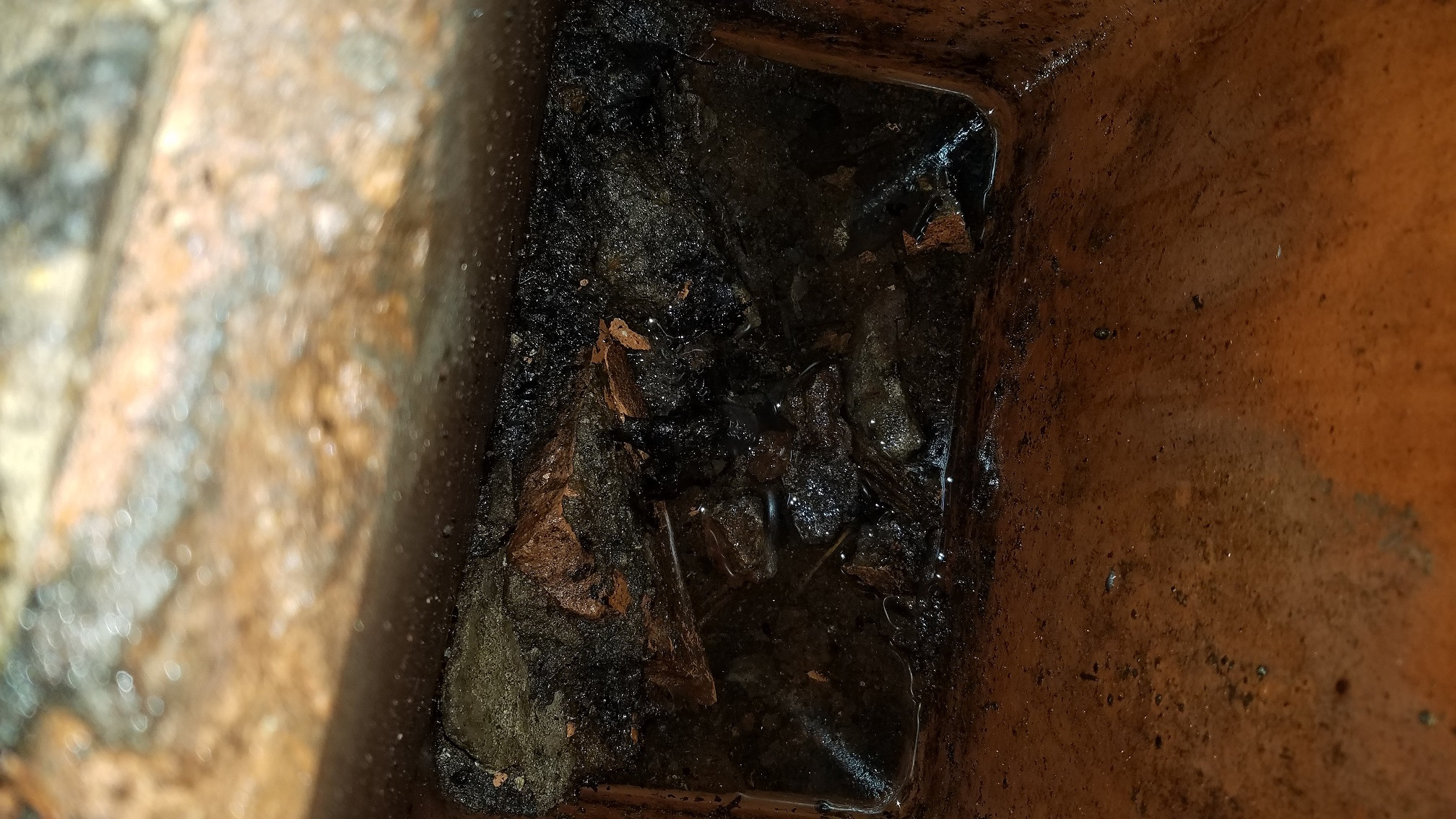 I can't pin-point the exact place the water is coming in the basement. It may be where the wall meets the floor, or perhaps the wall itself? But the wall doesn't seem as wet as I would expect for this much water. The water level in the cleanout when I go to vacuum it is typically halfway to the bottom of the door, so I don't think it's just spilling out through there.

There is no fireplace. I am not sure if there ever was... There is just a bedroom there on the first floor, just drywall, no sign of there ever being a fireplace. The house is from the early 60's.

I especially don't think there was a fireplace because the chimney seems to be a straight shot: 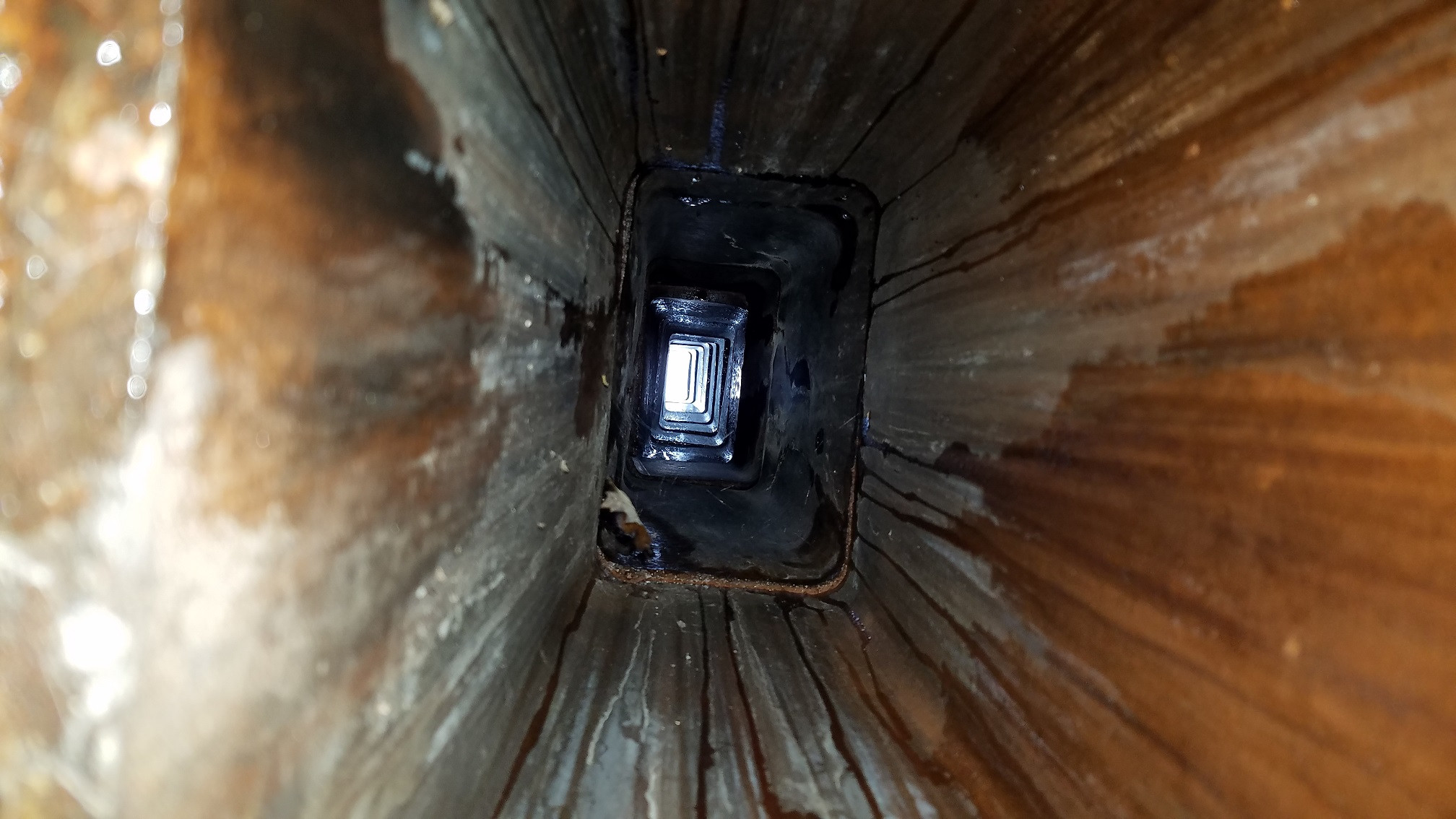 There is no chimney cap. Everyone else on the block seems to have one.

Below is a diagram I found and modified for my chimney removing the fireplace and making it straight, then adding a furnace. 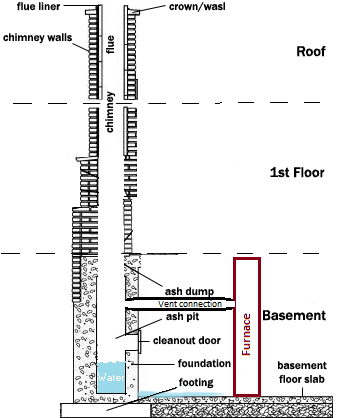 What could cause this, and how can it be fixed?
Could the lack of a chimney cap actually cause gallons of water to fill in the cleanout? Would it be more likely that water is actually seeping into the cleanout from below the ground? If so, is that something an inexperienced person should attempt to fix?

Note that I can't really go on the roof yet, as it is still icy. I was going to wait for spring, but the leaking worries me about further damage.

I added a chimney cap, and the leaking was significantly reduced during rains. 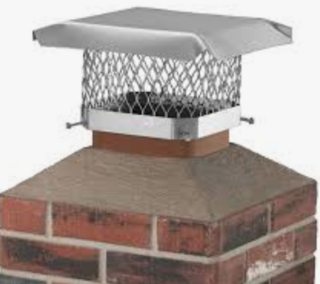 I later noticed that during rain, water was pooling on the ground near the chimney. So I built up soil against the base of the house. This made the rain water run down and away.

After both fixes, there is no longer any water leaking in, even during heavy rains!

Using modern programmable thermostats do not allow long runs of furnace which causes lots of condensation in chimney. I figured this out on my 60 yr old home .. Allow longer burns although more temperature variance in house to my surprise not only fixed the problem .. I USE 1/3 LESS FUEL.. !!!!

Not the answer you're looking for? Browse other questions tagged repair basement leak chimney or ask your own question.

7
How to properly seal/cover an unused chimney?
4
What could be causing this leak near my chimney?
3
How do I prevent water from leaking into my basement?
2
Unused Chimney Flues
1
How big of access panel for DWV cleanout
0
What does water leak through my chimney and wood stove pipe?
1
Water around furnace: culprit?
1
chimney leak black liquid