Looking for a sanity check

Could one mount an articulating arm to 25 gauge metal stud behind 3/4" drywall using a toggle bolt instead of lag bolts into wood/concrete?

After drilling the first hole I discovered it's a metal stud, not concrete / wood beneath 3/4" drywall.

I was resigned to give up right there, but wanted a second (or third) opinion.

Am I thinking about this the right way or overlooking something that will end up in disasterland? 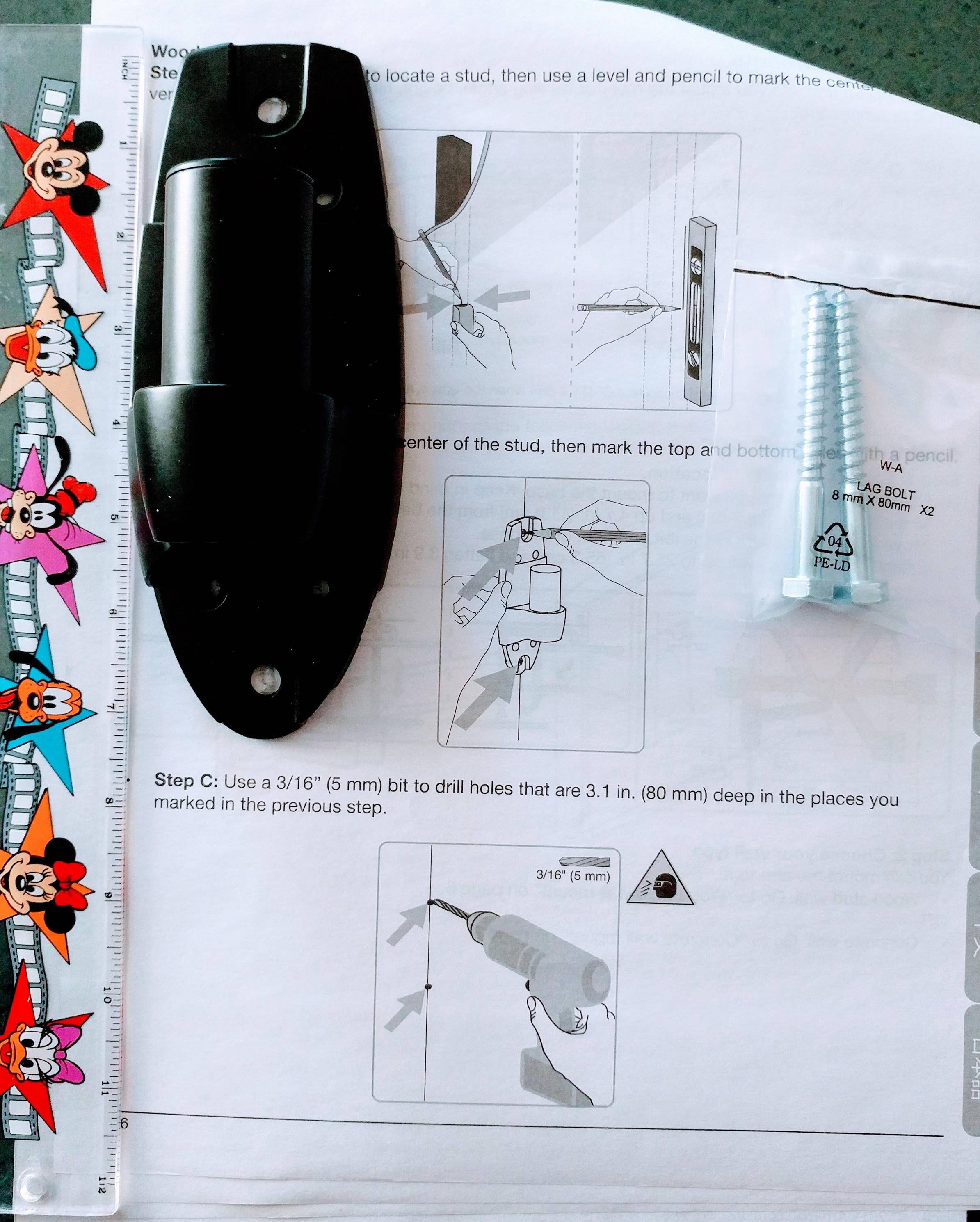 Point focused loads going into metal studs are not a good idea. You would be much better advised to install a piece of good quality 3/4" plywood to the wall that is big enough to span across two or three studs and have a height of about one stud spacing. Use multiple sheet metal stud screws to secure this plywood to the wall. Then you can install the bracket to this plywood with short large sized screws. If you drill proper sized pilot holes for the screws into the plywood they will have remarkable holding power. (You would not use those lag bolts that came with that bracket).

Note that the surface of the plywood will be a far better bearing surface for the bracket as well. If you installed the bracket directly against drywall there is a good chance that over time the stresses on the bracket back and forth will dig into the drywall and cause degradation of the wall surface and let the bracket get loose.

If good quality plywood is used it can be nicely sanded and painted to match the wall. It will be hardly noticeable behind the monitor.

If you have concern with the bracket screws just into 3/4" plywood you can always use the toggler bolts to hold the bracket to the plywood.

Not the answer you're looking for? Browse other questions tagged drywall mounting studs or ask your own question.

3
Are snap toggles a good way to mount a TV to metal studs?

3
Mounting Full Motion Mount on a Single Stud
2
How should I wall mount a TV with one metal stud and a gap between the drywall and exterior block?
2
Problem mounting TV wall mount / possible cracked stud
2
Mounting articulating Arm for TV (43”) to wall with metal studs
12
How safe is it to mount a TV tight to the wall with steel studs?
2
Mount 50" TV into shallow studs