I have read up on existing questions on this issue, and I understand it is a fairly common issue.

Unlike some other people, my kitchen sink hasn't been clogged, and the garbage disposal works fine. But there is always water at the bottom of my Frigidaire dishwasher (model FFBD2411NS), as high up as going up 1 inch over the bottom.

Despite I don't see any clog, I tried some clog remover liquid. I also called in a plumber and had the kitchen drainage checked, but was told my kitchen sink wasn't clogged.

Now water still backs up, giving out a strong repellent odor, and we can't use the dishwasher as a dishwasher because of this. We have been using it as dish racks.

As @manassehkatz suggested, I am putting up a picture showing the drain hose path. There doesn't seem to be a high loop. Should I create one by elevating the hose? 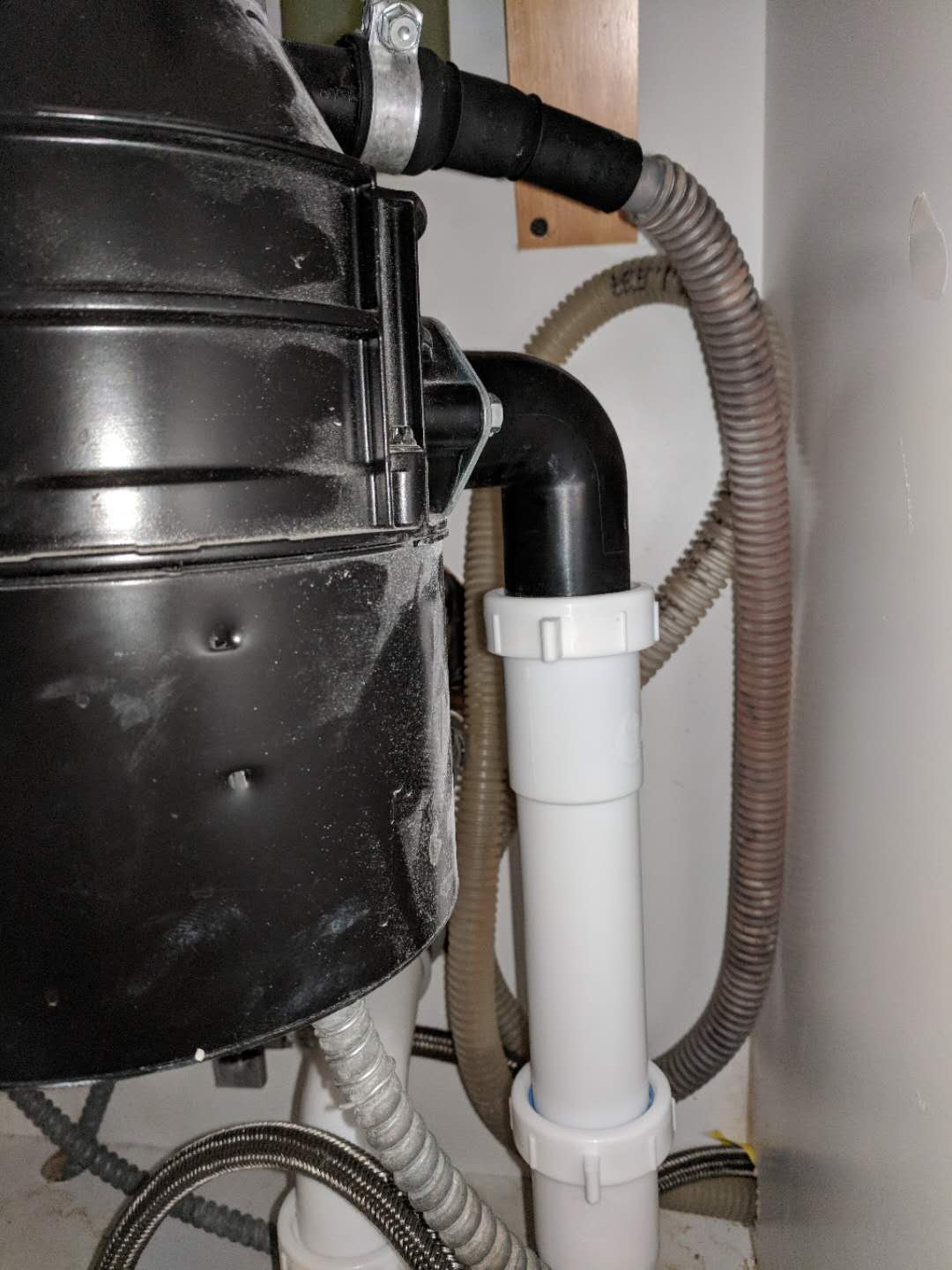 A dishwasher drain requires an air gap in order to function properly. This prevents water that has drained out - and also water coming from the sink/disposal - from coming back into the dishwasher. There are two ways to install an air gap. The traditional way is the drain hose goes up to an air gap device installed in the corner of the sink and another hose goes down to the disposal. Many dishwashers include a long hose and are designed so that the hose can be attached to the underside of the counter as a "high loop". This effectively provides an air gap as the water is pumped out and goes over the top of the loop but can't come backwards to the dishwasher unless the drain/disposal was blocked and water filled up in the sink to the same level as the top of the loop. No special equipment is needed - just a wire or clip to hold the middle of the hose up high. More details and picture at Draining problems in dishwasher. Is this drain setup ok?

The installation instructions for your particular dishwasher FFBD2411NS Installation Manual show the correct installation of the drain hose, but unfortunately don't explain WHY it should be installed that way, so I can see how it could easily be innocently installed incorrectly.

Get a 25' snake that attaches to your drill from Walmart. They are about $20 or so. Clean out your J trap and snake where the pipe goes into your wall. Get on the roof and snake the vent. If that doesn't work then get a new dishwasher or see if the sewer company will come jet out the waste pipe at the curb and that might help.

2
Draining problems in dishwasher. Is this drain setup ok?