Why did the water stop a few hours after my Culligan reverse osmosis filter change?

How do I change the Aqua-Cleer Culligan reverse osmosis filters (the sediment and the carbon ones, the leftmost two of the four)?

Why did the water stop few hours after my change?

The manual has this under Install Filter Cartridges (I ignored the "lubricate" part as it did not make sense to me),

Twist the cartridge to lock it into the manifold. See Figure 2. 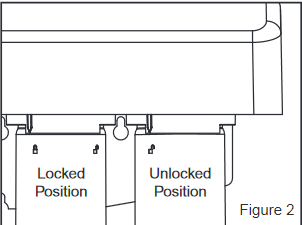 The drinking tap in the kitchen had water for few hours after that, then stopped.

The investigation steps above turned misdirected. After talking with a local Culligan salesperson, I followed their advice and twisted the filters harder in (clockwise looking from the bottom up). As soon as I turned the incoming tap on, I heard the water filling the filter system. The drinking water tap in the kitchen had water couple hours after that.

Sharp Water has it.

Not the answer you're looking for? Browse other questions tagged water filter or ask your own question.