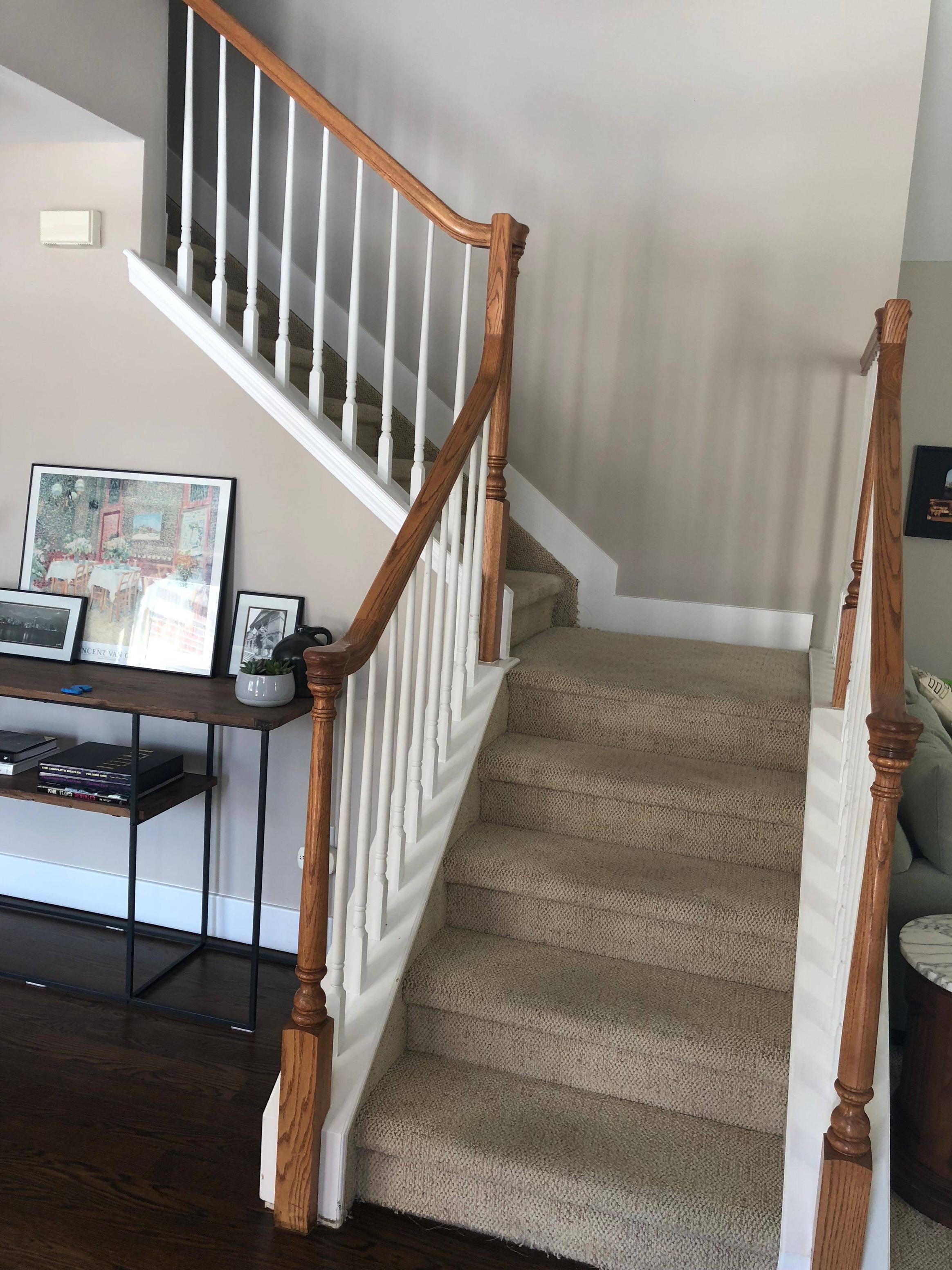 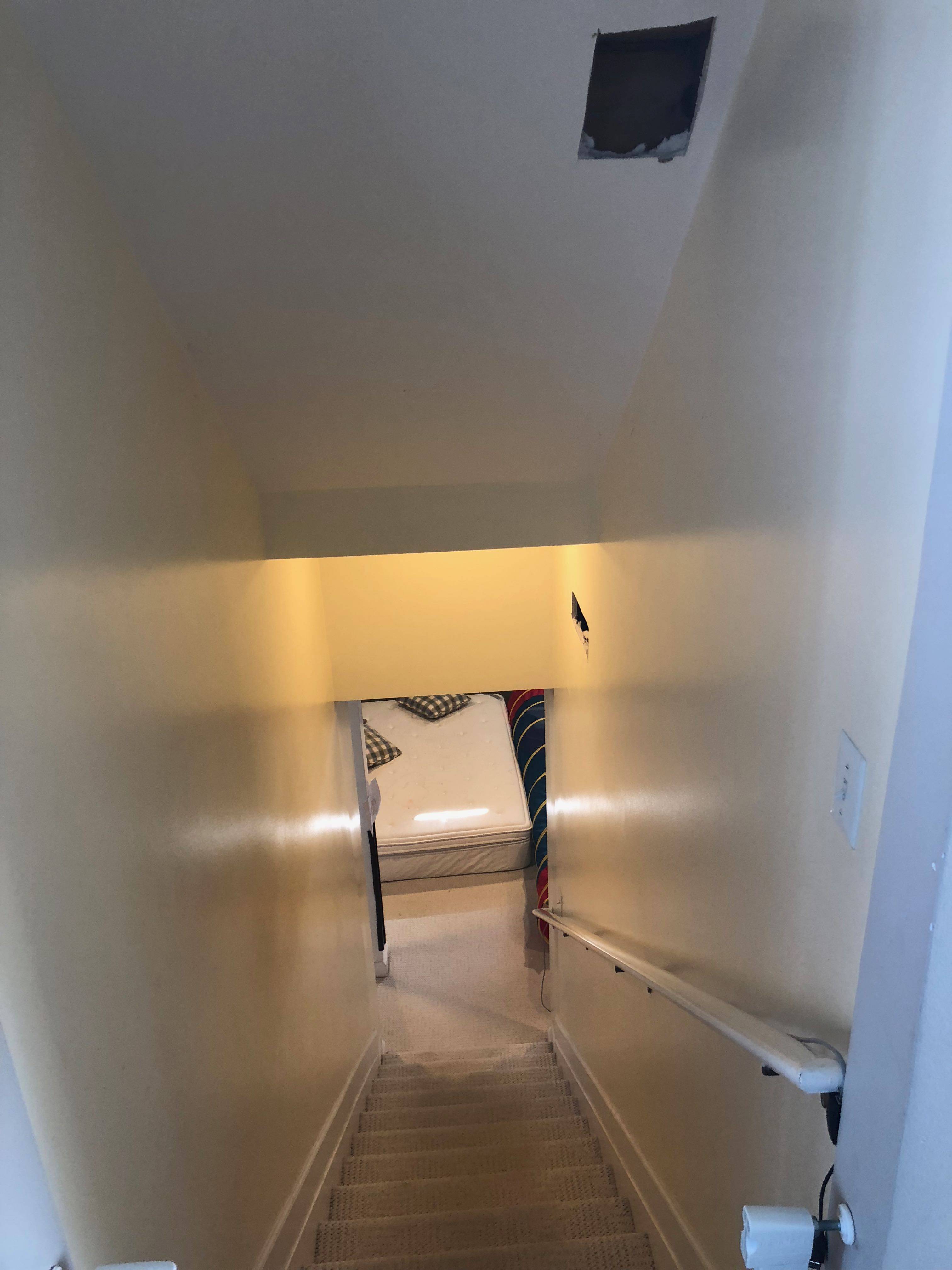 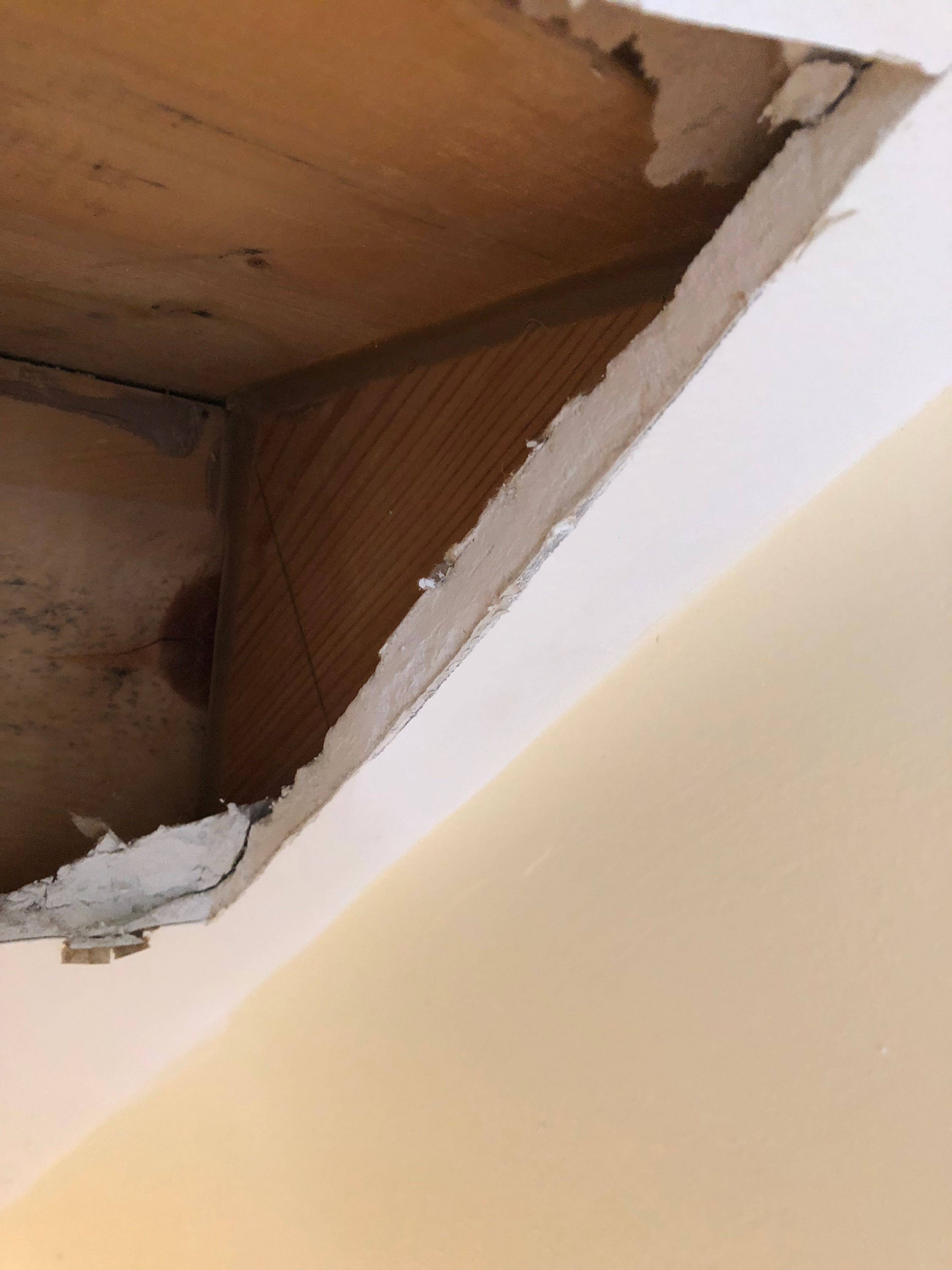 In other words, if i replace that housed stringer with a sawtooth stringer, the ceiling in the basement stairway will have to be lowered considerably.

I could move the wall in an inch on each side of the stairway going to the basement to hide the stringer, but that seems like a lot of extra work for minimal gain.

Thanks a lot in advance!

You can do what you want, even if they are housed but you will need to loose the ceiling material or move the stair treads ahead about 6". you could easily do that on the short lower run, but not so on the upper run.

You will need access to the upstairs after the stairs are gone, this may take 2 days to do, especially if you are a novice, maybe even 3. Seasoned carpenters really should be doing the work.

If the lowering of the ceiling is a deal breaker for doing it, no need for me to write anymore. I see no issue with lowering the ceiling 4 or 5", the square corner that projects below the sloped section in one of your pictures will still be lower than the new dropped height of the stairwell. If you feel you have enough experience to tackle this, please say so and I will edit the post if need be, but it is pretty much a gut and replace. Leaving anything in of the original will only slow down the new install or weaken what you add over it.