I've noticed that in a properly (I assume) crimped Pex connection the tubing will rotate around the fitting it is crimped to - so that you have, in effect, a union. 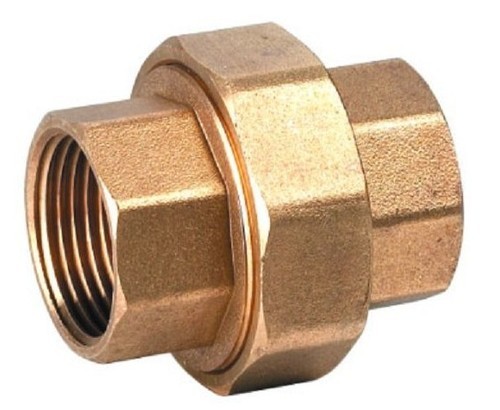 Yes, this is normal, and true of both crimp and cinch style connectors. It's also a useful property of PEX during installation, as it makes it even easier to dry-fit and pre-assemble sections and then fit them into place.

Can the connection be used as a union?

A union is designed to come apart, and in copper or PVC plumbing are typically used in two situations:

In the first case, a simple PEX connection obviously doesn't satisfy the need since it doesn't come apart, and so you'll need an actual union.

In the second case, the flexibility of PEX and fact that the connections can rotate does allow installations that aren't possible with copper or PVC. I've installed dozens of water treatment systems (typically involving complex turns and tight spaces) and cannot think of a situation where an actual union was needed because of the install. But if this is what you mean, then I'd say yes, you can avoid using a union and just rotate the PEX.

If you are trying to do something that involves regular rotation, where you'd normally use a rotary union, I'd say no -- you should just use a rotary union. The fittings aren't designed with rotation in mind, it's just a property of the style of connection. I'd expect if used this way, it's going to wear out the pipe and/or connector itself and the connection will eventually fail.

1
How to Get PEX to Seal
1
How can I run air tubing into a PVC manifold / fitting?
1
Which plumbing adapter to join 3/4“ FIP line to 3/4” Female NPT inlet port?
2
Water Softener Drain Line with Loop - Flexible PVC to Sharkbite?
0
Can you re-crimp the end of a PEX tube?
3
PEX: Is it worth replacing crimps with push connections?
1
Why won't a 5/8" compression fitting with a ferrule integrated in the nut fit onto 1/2” copper pipe?
0
Is there some official or standard specification for an EK20 fitting?