Is a duplex receptacle counted as one or two outlets for branch calculations?

When counting receptacles or outlets for a branch circuit (where the limit is typically 10 or 12 outlets), does a typical duplex receptacle count as one or two? It seems that they each count as two, but I'm having trouble finding something that clarifies that (one post I saw said two on the same yoke count as one).

I'm wiring up an electronics lab space and I need lots of outlets. This is usually solved with long power strips containing 10 or more outlets. I wanted to put in three 2-gang boxes with duplex receptacles in each spot. That's 12 or 24 outlets, depending on the interpretation.

So, is this one or two receptacles/outlets?

First of all let me point out that there is an NEC limit to the amount of receptacles you can put on a circuit (see Exhibit 220.4). Second I have attached the page in 220.14 in the NEC hand book that answers your question on how your receptacles are counted on a circuit(Exhibit 220.3). Feel free to read the entire page. 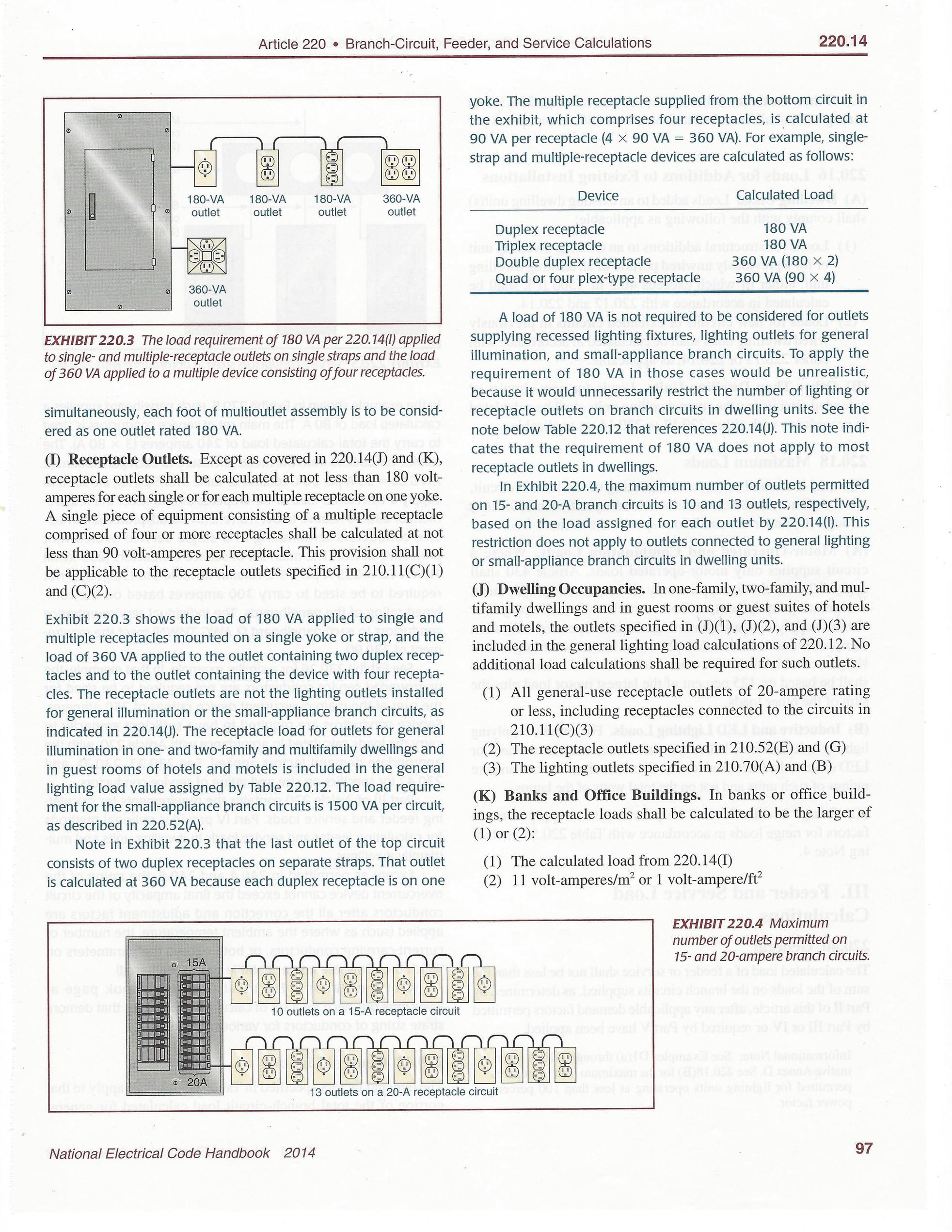 I would suggest that since you are indicating you are installing quad's for a tech bench you actually use the calculation for "Fixed Mutlioutlet Assembly" NEC article 220.14 (H). I have attached that page also (see Exhibit 220.2). 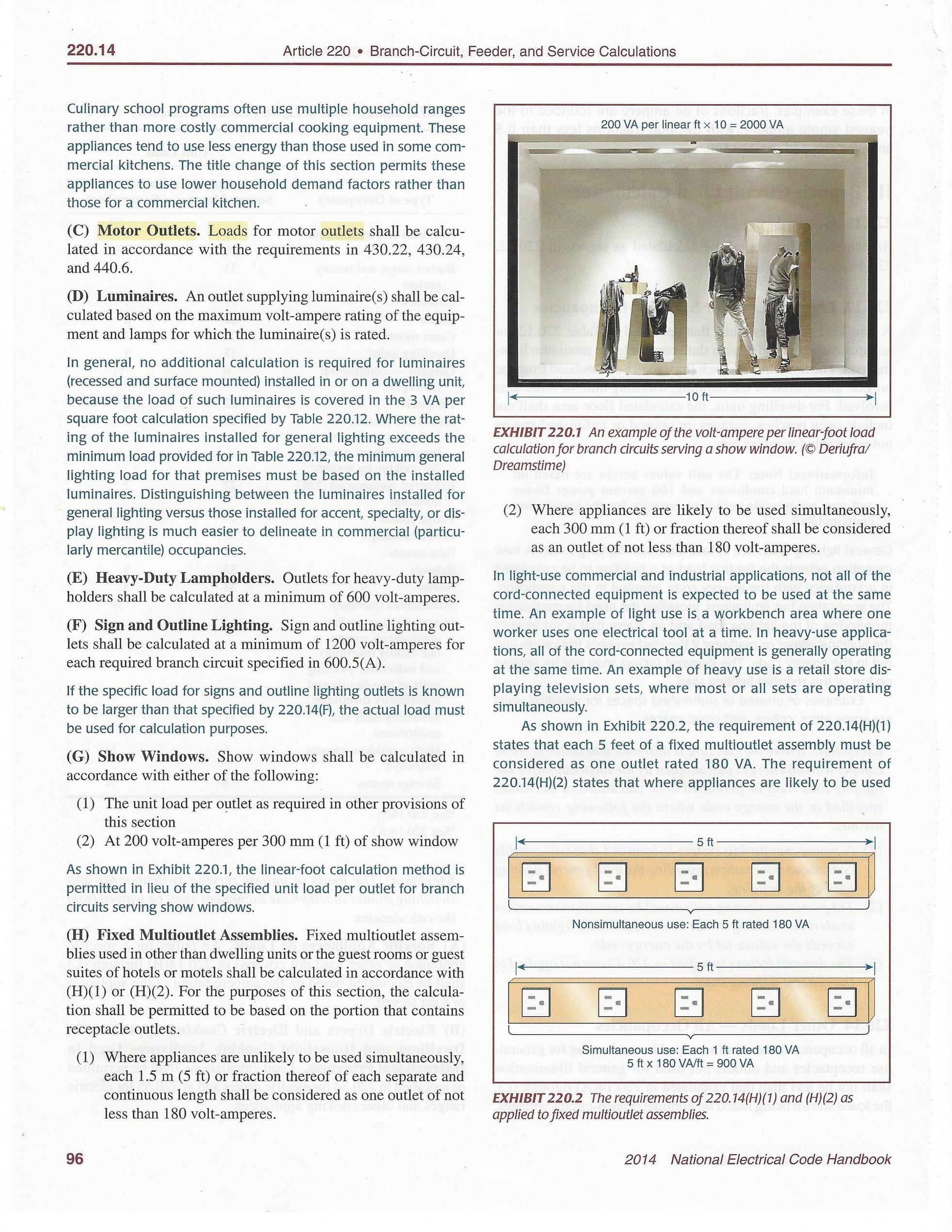 Keep in mind that the NEC is a minimum requirement and should be considered as such.

There is a limit on the number of plugs for non-residential projects. 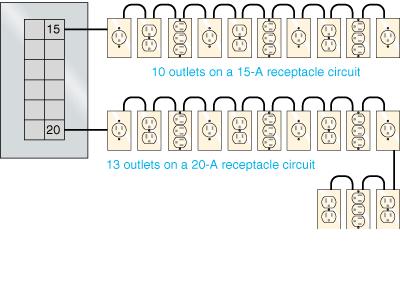 A duplex receptacle is two receptacles, sharing the same device yoke -- you can also get a single receptacle on a yoke, which looks like this (product in image for illustration purposes only): 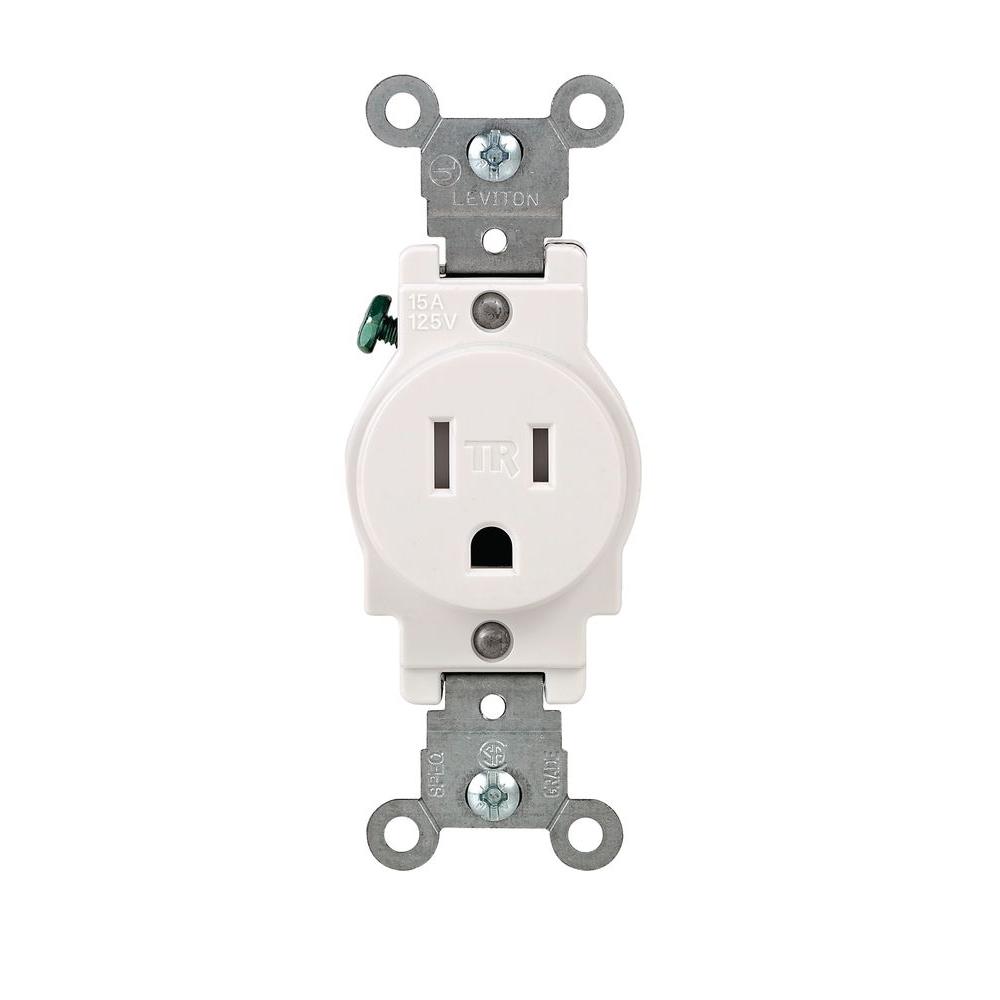 3
How many receptacles can I place on a 20 ampere 120 volt breaker?

3
How to identify the purpose of this switch?
2
Two appliances fried on same circuit after replacing receptacle. Did I screw up?
1
What does "No Other Outlets" mean for a kitchen 20A branch circuit?
2
GFCI protection for multiwire branch circuit in shipping container workshop
2
What are the specific and current code requirements for wiring two circuits to one duplex receptacle?
1
Installing a New Electrical Outlet in a Modified Closet?
3
Shop Electrical - MWBC Serving 240V and 120V Outlets
4
Do GFCI outlets require more than standard box volume?