I'm having a few issues with my softener, I'm sure it's an older Culligan, I'm just not sure what model number it is.

The problem's I am having are a leak just started from the two entries for the two gears in the pictures below. This should be easily fixable with an ORing replacement. This leaks only seems to happen while it's cycling through it's flush.

However, my bigger problem is the past week since this minor leak started, I've been smelling sulfur from my shower for the first few minutes of a shower. The blue salt tub isn't super full, but it's almost full, being about 6 inches short of the top of the white tube in the tub. I can't see any brine in the tub when I open the lid, so I don't see how that could cause it being low, I could be wrong.

I have noticed I am using a lot less salt the past few weeks, however, this could also be caused by a new whole house water filter I put in 4 or so weeks ago, I don't know.

Is there anything I should check, and is this worth trying to fix? Also where could I even begin to find it's model number, and then parts?

What else might be causing the sulfur if not the salt? 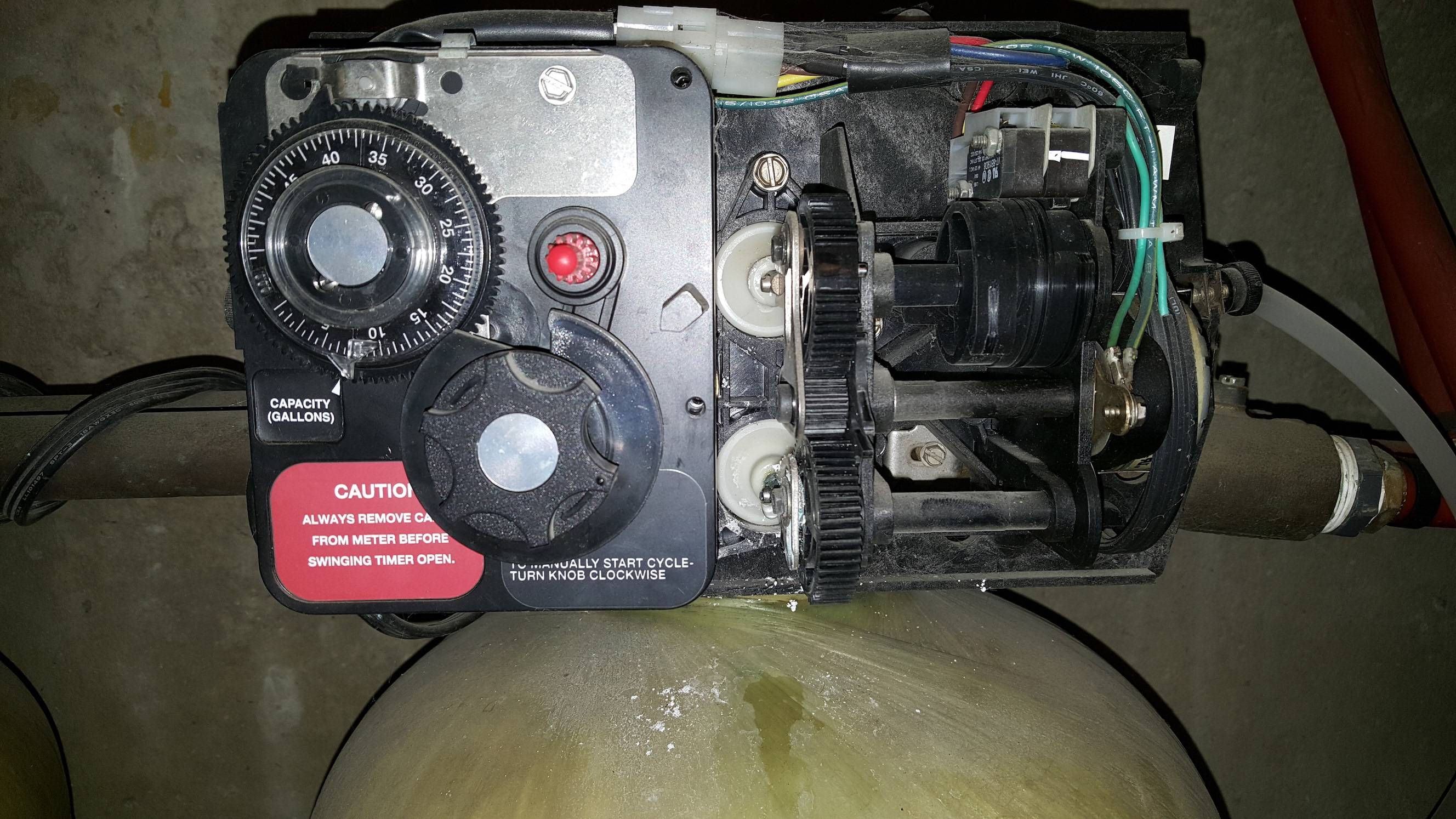 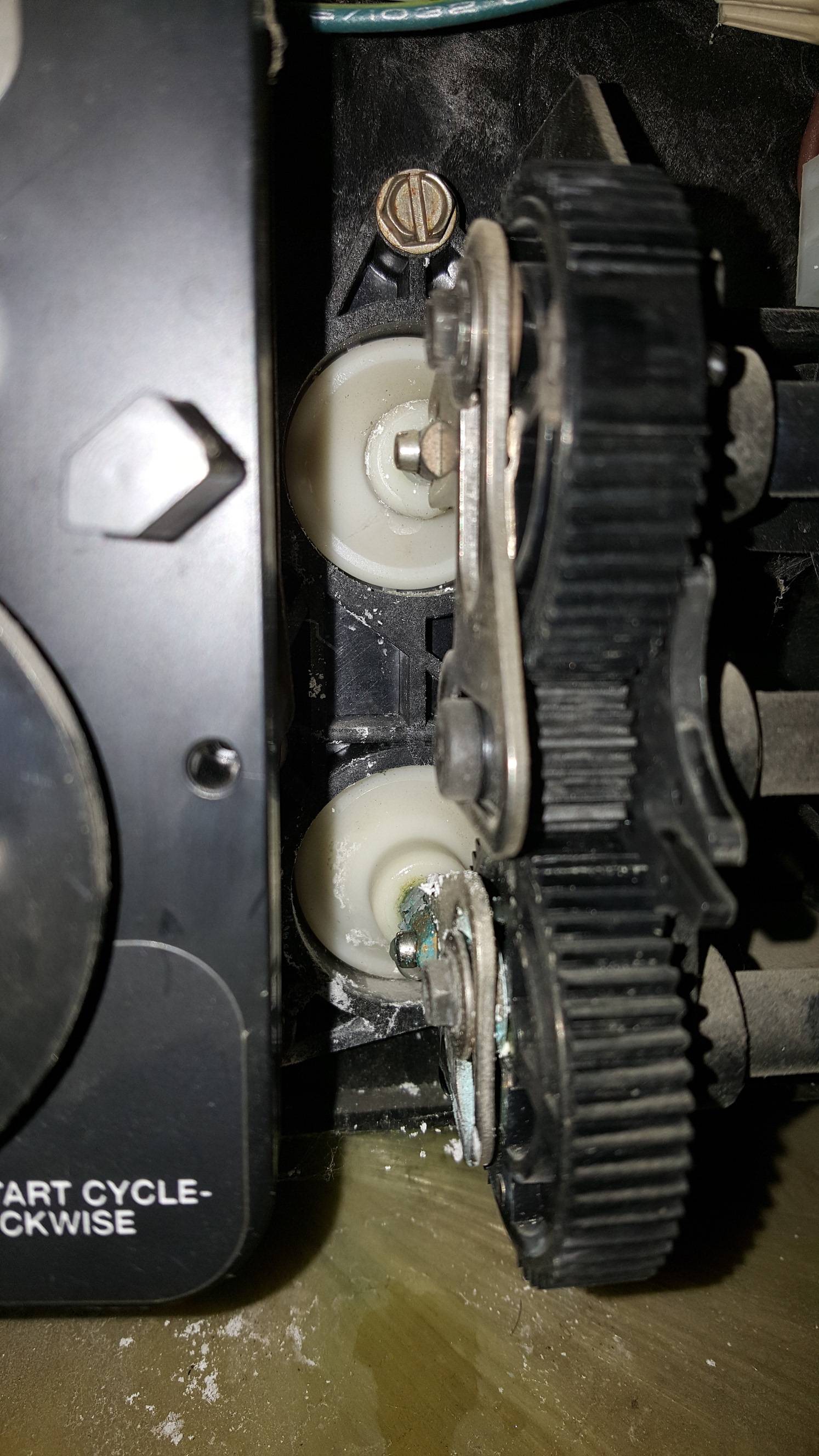 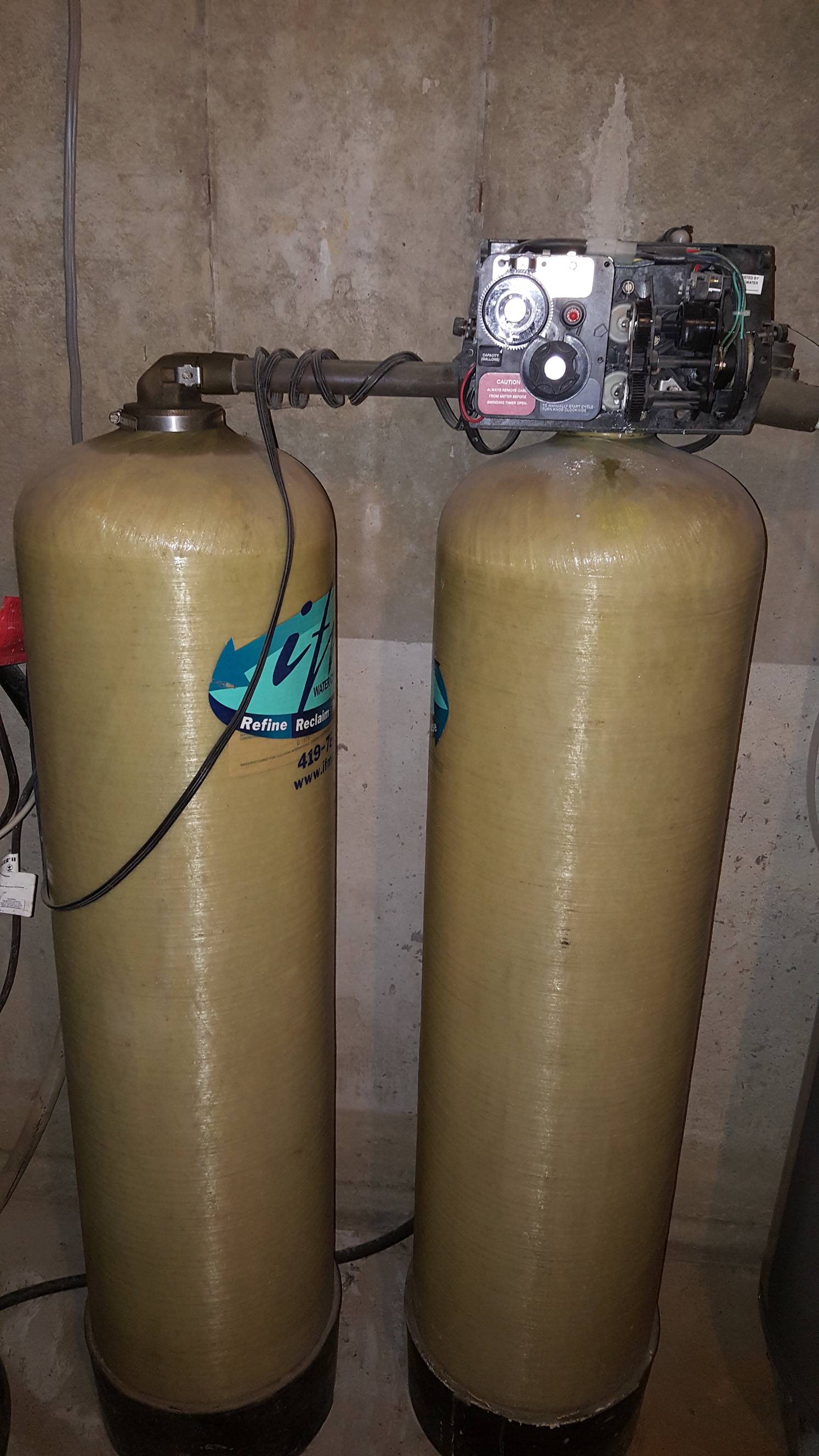 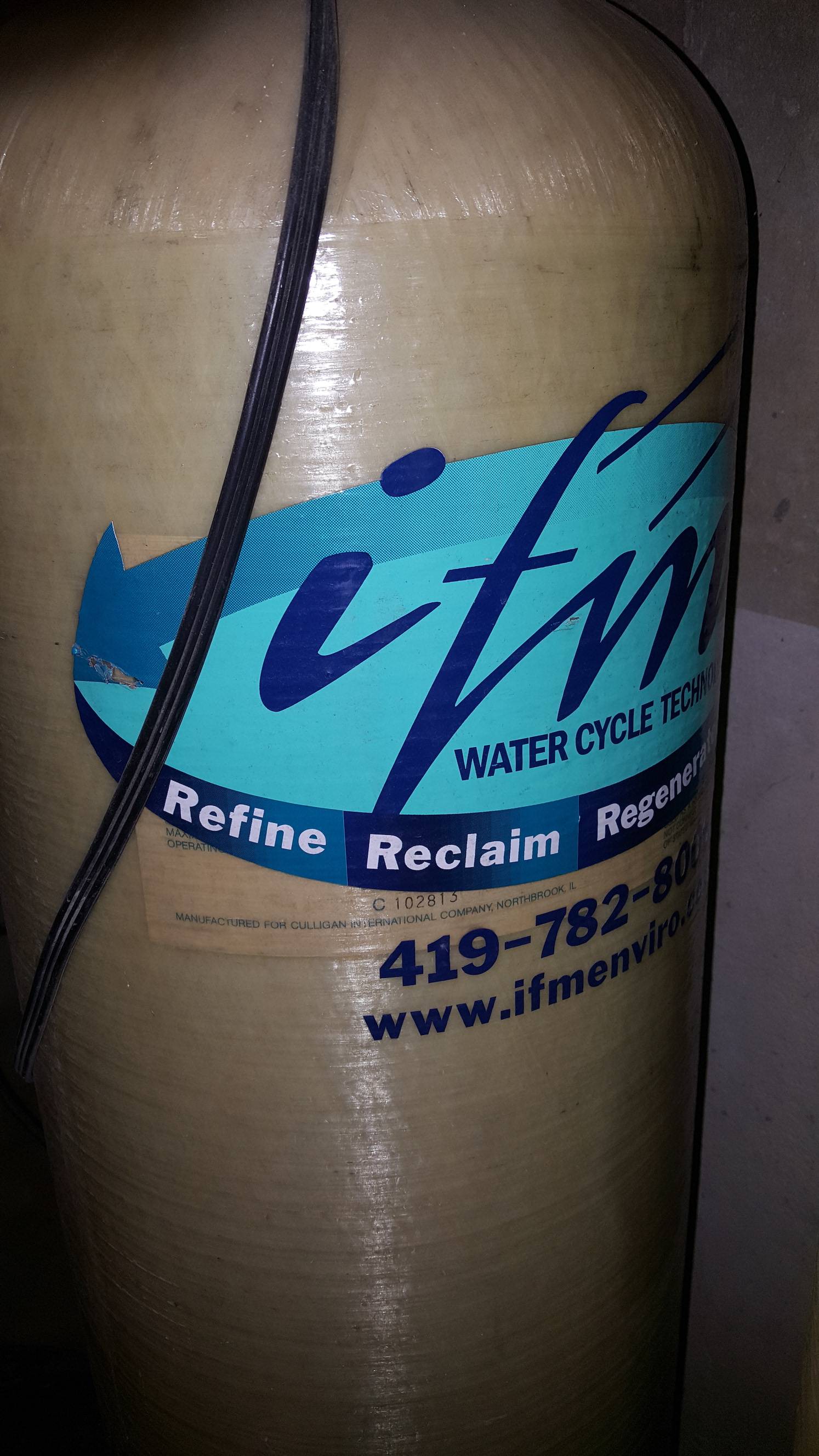 Your salt could be "bridged" - having solidified in a way that most of it does not contact the water, which would go with "can't see brine" and "using much less salt" as you describe. If you cannot dig down and find the brine, you may need to break that up. I got out of the habit of dumping in all the salt that would fit after I first experienced the joy of that problem.

In my personal experience, it was more cost effective to get a new softener than to repair my old softener. (Note - unrelated to salt bridging.) Your experience might vary, the problems I was having were different (valves would stick) and it was a very old model that nothing "modern" was willing to work with/fit (and the parts that might tediously have been re-used were not very expensive parts in a new setup.)

Moving to a "modern" system with a usage meter rather than timer-only regeneration may reduce your water and salt use somewhat (depends how predictable/consistent your water use is on whatever timescale the timer regenerates.) Those will track water use and then regenerate at night when the "softening capacity" is used up, rather than on a time-only basis without regard to water use. Or is that some sort of early mechanical use-meter?

In my last house I had the water softner company remove and flush or clean the pellets in the tank every few years which had to be done to keep the unit working well. At that time they would service the whole unit and fix any problems. They told me that the beads inside would get covered and the unit would loose its ability to do it's job.