What kind of latch mechanism should I use for this movable ceiling under my deck?

I have a nice deck, installed by a contractor years ago. We wanted to use the space under the deck as a covered patio area, so I built a drop-ceiling under the deck. It's made of overlapping panels of corrugated galvanized steel, supported by a cedar structure, with a slight slope so rain will drain off one end of the corrugated. I have four panel structures of cedar and corrugated, each three sheets of corrugated wide.

We were concerned that crud might fall through the deck and accumulated into a debris dam, and make the rain drip through where the panels overlap, rather than spilling off the lower end. My solution was to put a hinge along the edges of the panels nearest the house, so I can fold them down for occasional maintenance, then fold them back up to their normal, almost-horizontal position. So far, it works well, and the under-deck patio is a nice place to relax outside on a rainy Seattle day.

The problem is that I left unanswered the question of how to hold the panels in the almost-horizontal position when they're not folded down for maintenance. For now, I have some spare bar clamps grabbing the deck's main support joist, projecting out under the free edges of the panels. But I'll want to use those clamps again for something else, and they're not a good permanent solution anyway.

So, what kind of latch mechanism should I use to hold the panels in place? I've looked at various gate latches and tinkered with cardboard mock-ups, but no one answer jumps out as ideal.

Here's a cross section drawing. At left is the 10×4 pressure-treated deck joist that runs the length of the deck. The other brown rectangles are 5/4 cedar (which I mistakenly drew as 2×4s), the end-on edge piece at left, the cross supports at left. The bent gray line is the corrugated steel. (I gave up on trying to draw the corrugations.) The cedar hangs from a hinge at the right, out of the picture. 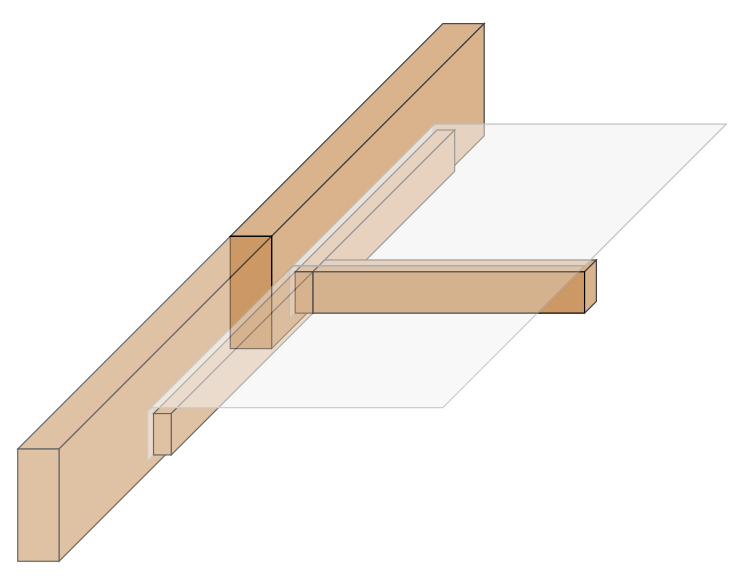 Addition: Here's a photograph of the deck and under-deck ceiling. It shows pretty much the whole of the structure as described, including the bar clamps supporting the free edge of the panels. 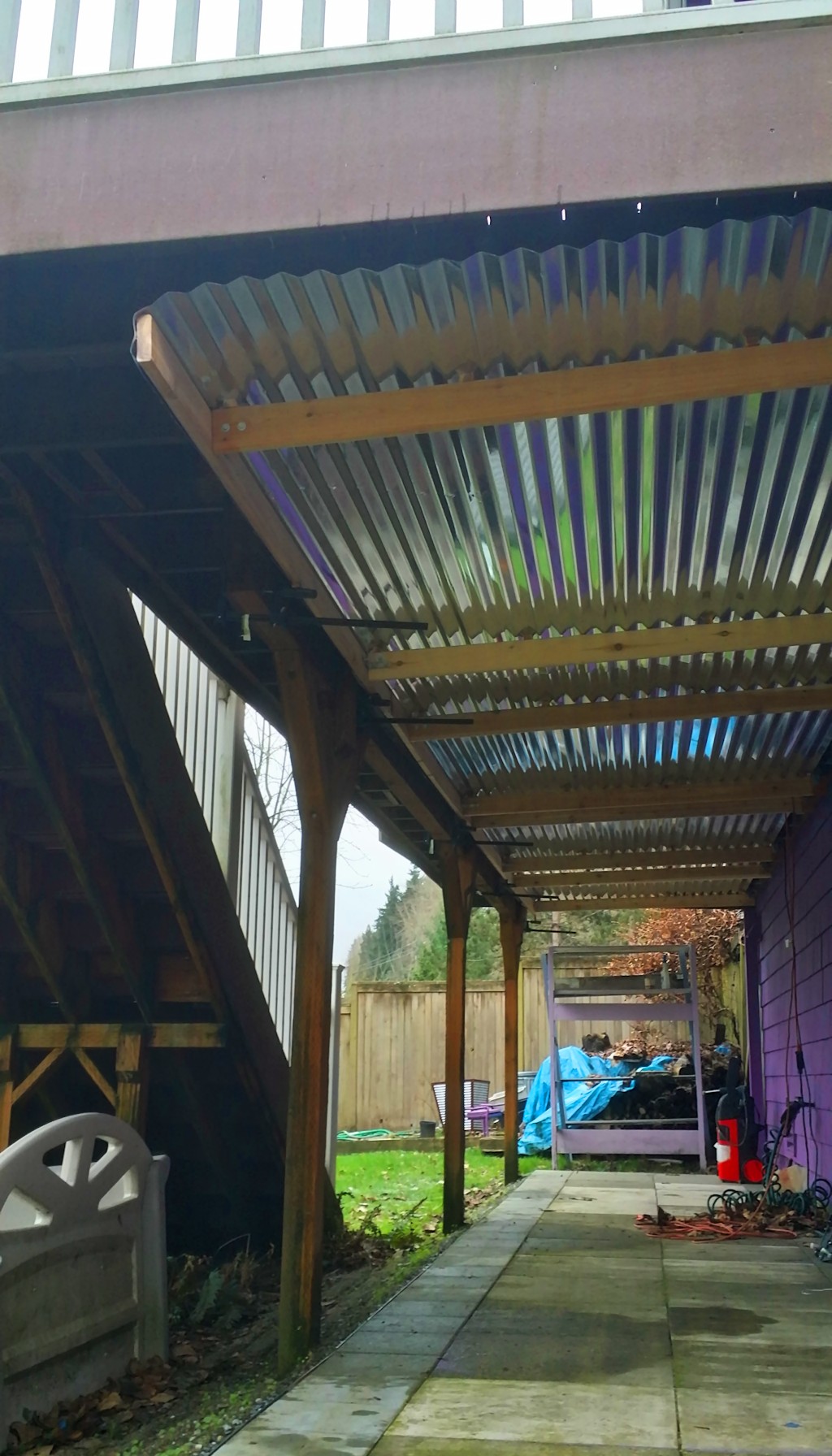 Based on the first reply, I had the idea of hanging some sort of hooks by chains from bolts through the deck's cross-joists, supporting catches attached to the cedar edge pieces. The first hooks could support the middle of each panel, hanging a little bit low, as the panels are raised to position. Then additional hooks at each end could support the panels at the design height and slope so they don't bounce around in the wind. Plastic-coated stainless steel cables might be better for the middle hooks, because they wouldn't rattle in the wind if they were slack.

I would look at seeing if you could use large size slider bolts. I used this type of device to provide the safety latch for a large hinged stairway I had built in my garage some 13 years ago. The stairway was raised and lowered via an electric winch and cable/pulley system but I added two of the slide bolts (one on each side) as a safety measure when the stairway was in the hoisted up position. The ones that I used had round bolts that were 5/8" in diameter had a slide throw distance of about 3". They were plated with a typical hardware silver color.

You may want to consider something like these power coated sliders for your application outdoors. 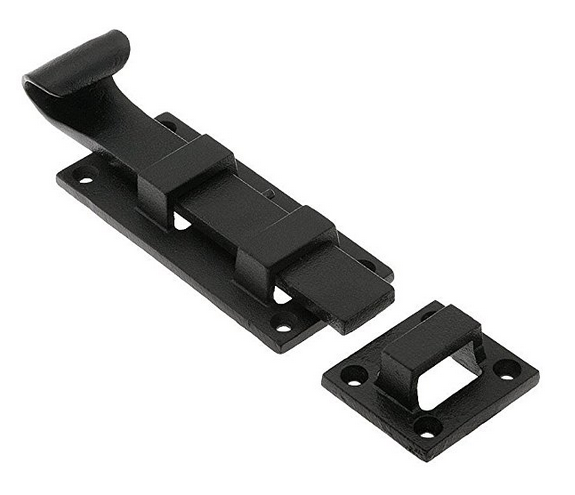 In addition I want to suggest that you also consider a secondary safety mechanism to prevent injury and property damage in the case that the sliders are not kept latched fully. This could consist of some short chains that are lagged to the deck support beam and engage the hinged section via a hook on the side or end. These chains could hang loose when the slide bolts are in place.

Not the answer you're looking for? Browse other questions tagged deck hinges rain or ask your own question.

6
What type of lag bolts should I use for a deck?
1
Can I use aluminum or plastic sheeting between decking and joists to waterproof under a deck?
1
Mounting plumbing to existing outdoor deck. What kind of pipes and fittings should I use?
3
Under Deck Ceiling Using Barn Steel Roofing Panels
0
Awning materials for deck under dirty trees
1
Does anyone recognize what this kind of hinge is for?
2
What kind of treatment do I need to stain/paint this deck?