Why does my circuit breaker trip after everything in room is shut down?

There is a circuit breaker that has been sporadically tripping for my living room at night, after everything is shut down. What could be causing the issue?

The breaker is marked with a 15 on the switch. In the picture, it is the breaker in the middle. This has happened about ten times over the course of the last two months, generally 5 to 10 minutes after everything is shut down.

I have read other questions that involved a "loose" switch, this does not seem to be the case. It requires about the normal amount of pressure to flip the breaker switch.

On this circuit there is a 40" lcd tv, Playstation 4, 3 Sonos speakers(1 playbar, 2 ones), a lamp, and a small space heater that get used. There are also 4 track lights that are very rarely turned on. I believe, but I'm not positive that this problem started before we got the space heater out. By shutting everything down I mean that we turn off the lamp, tv, and space heater, and the speakers and playstation go into stand-by mode.

The breaker has only flipped while everything was in use once while I've lived here, at that point in time a vacuum was added to the load. The ongoing sporadic issue had already begun when this happened.

Any idea what could be causing this issue? Is this a cause for concern (do I need to get my landlord out here)? 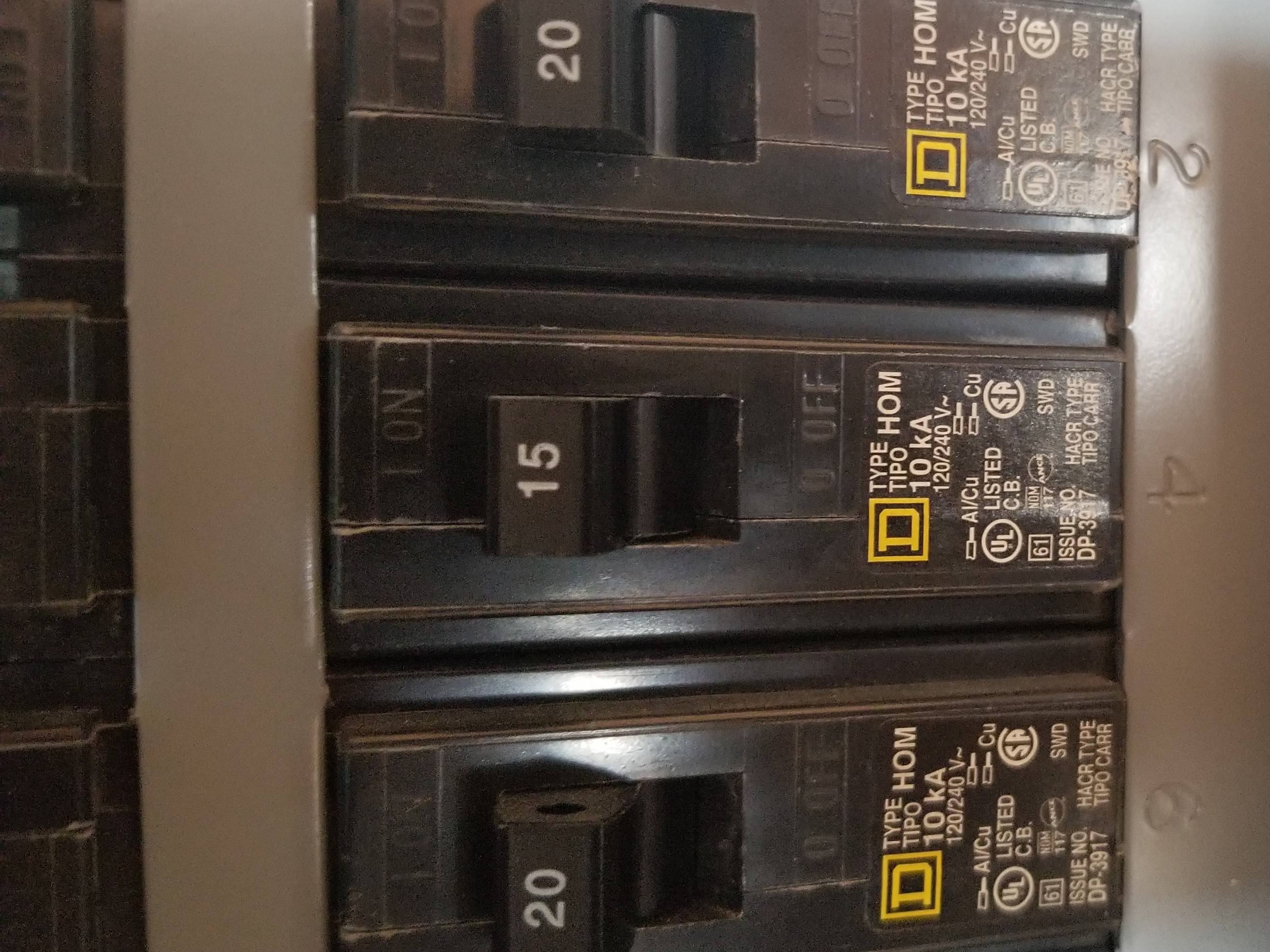 Strange that it happens with things turned off, I haven't heard of a PlayStation causing this when sleep mode but since that is the only thing still active I would try connecting it to another branch circuit via an extension cord and see if the problem moves, if still tripping try the TV next , and the sound system after that. The lights can't be the problem because there is no power when the switch is turned off. I never suggest running a space heater on a extension cord unless it is a heavy 12 gauge cord but try plugging it in on a different circuit also I would think if the heater was the problem the breaker would trip when other items were turned on.

3
Why does the breaker trip occasionally after I installed a new light fixture?
9
How can I automatically disconnect a coffee maker and space heater without tripping the building's 20A circuit breaker?
2
What does the latch position of a circuit breaker mean?
3
Why does the circuit breaker for my bedroom continue to trip without any visible event after a power loss?
4
Why did my circuit blow after replacing a switch?
3
Lighting circuit trips breaker every time
1
Circuit breaker trips randomly
1
Breakers for living room was working, but has stopped after I turned breaker on/off
6
Can you trip a breaker from a different circuit?