Should a board connecting a beam in the attic to a rafter be removed?

When I bought this house (foreclosure) the prior owner was in the middle of a project to remove a wall. It is a load bearing wall 12' long that supports the ceiling joists which span 24'. T the other end of the wall is an 11' long opening and the ceiling joists are supported by a hanging beam. Where he removed the studs from the wall you could see that the ceiling was sagging. I put some temporary supports there for now until I decide what to do there.

On the side where the hanging beam is the ceiling sags about 1/2" at it's midpoint and has a hairline crack. I can't tell if the beam is flexing or if the way it's fastened to the joists is failing. I do see a gap between the bottom of the beam and the top of the ceiling joists.

It looks like the prior owner planned to tie the ceiling joists to the roof rafters to support the ceiling. I can see that the two light colored 2x4"s are screwed in so I know the prior owner did that. The 2x4 I'm questioning is nailed in but it also looks like a piece of wood that's been reused because it has bent over nails in the middle of it.

I'm in the midwest where we can get several feet of snow. And if there was enough snow on the roof would it push down on that beam? What I was planning to do is to jack up the ceiling and install some Simpson hangers. The question I have is whether that 2x4 belongs there. 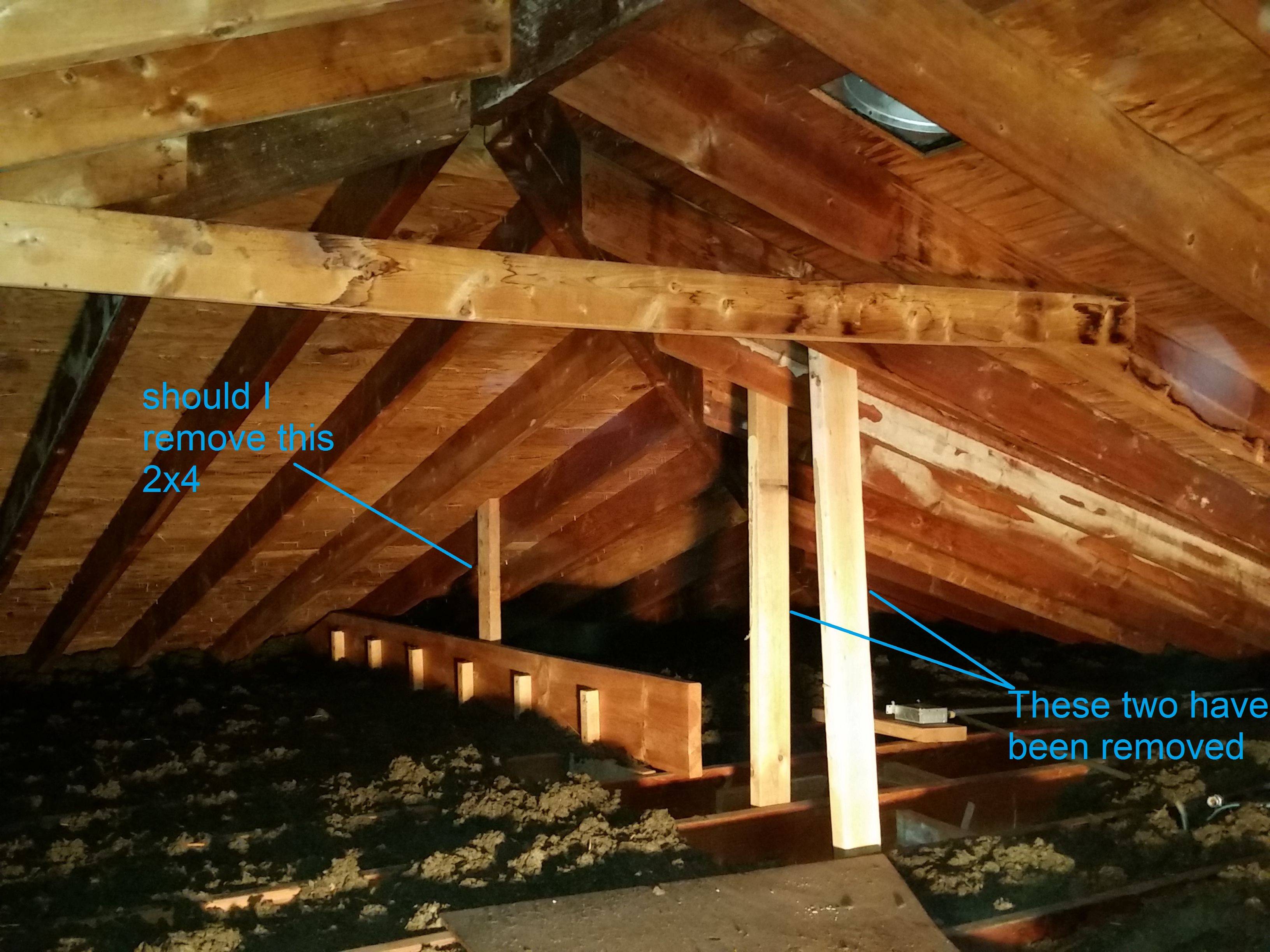 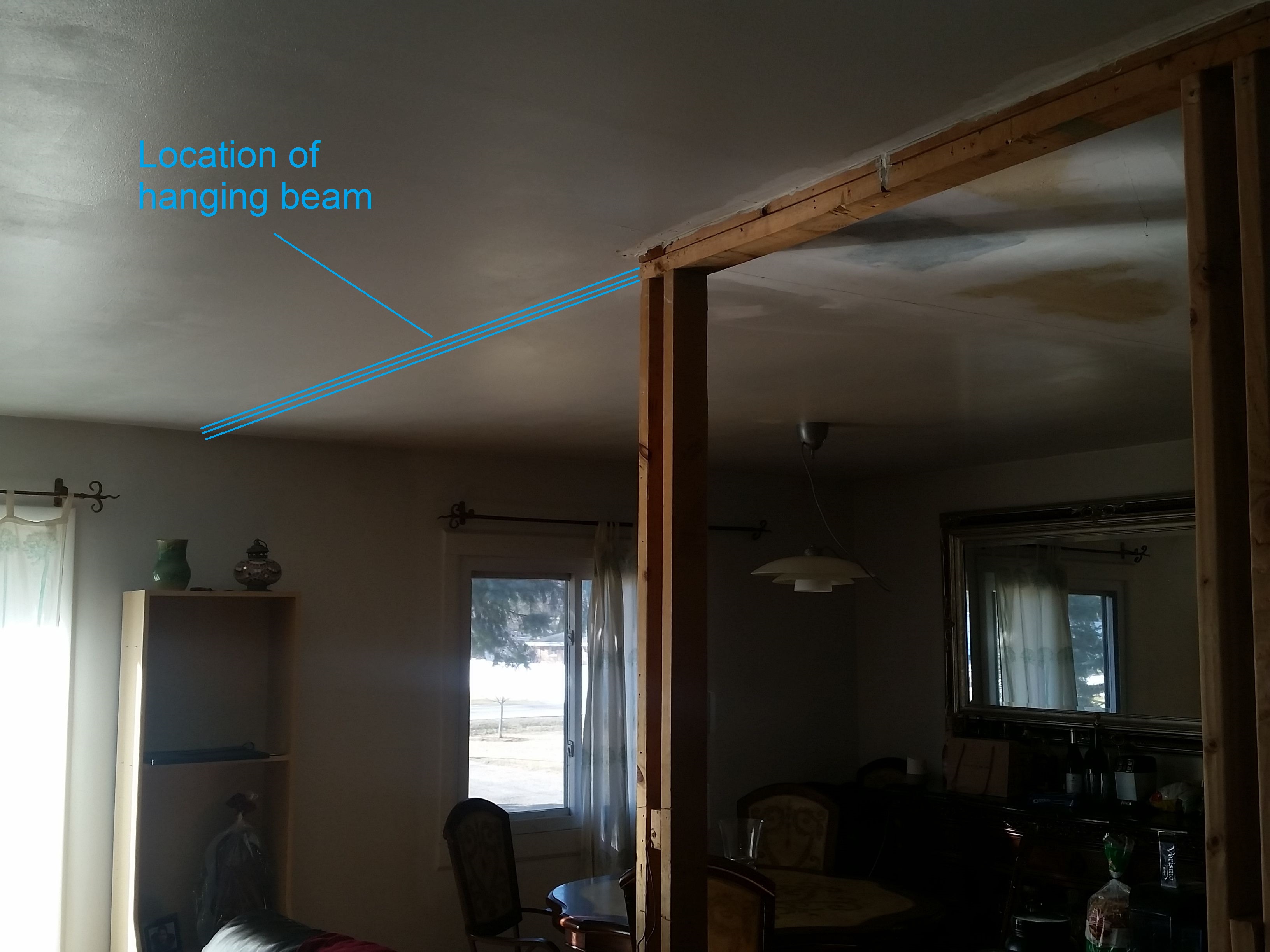 The 2×4 in question may be to support the beam itself from twisting, it looks like all the hangers are on 1 side so I would keep it there, not sure of the span I usually use 4"x beams not 2"x or at least doubled 2x.

Not the answer you're looking for? Browse other questions tagged walls roof framing structural load-bearing or ask your own question.

2
What size beam do I need, and can I build one from lumber and steel?
0
Removal of a 2x4 with roof truss built on top
1
Removing a wall underneath joists that are already attached to beam in attic
1
Rafter load capacity
0
Can I Move Interior Load-Bearing Walls Without Changes/Additions to Beams/Piers/Foundation?
2
Roof Rafter/Beam Joint pulling apart and sagging
1
Load bearing walls in 1860s house