I wan't to do 20 or so Cat6 runs from my office\garage wall up through to the attic then out from there. My issue lies in the construction of the space between floors. The first photo is a photo of a cut hole in the top of the wall, and ceiling on the garage side. There is a third 2x4 sitting on top of the double top plate, however that structure is off-center from the top plate. The second photo is the same hole, with my drill poking through. I drilled in the center of the base plates on the second floor, and this is where it comes out at. Right on the edge of the inter-floor's 2x4 and plywood.

I'm near-certain this is a load bearing wall. You can also see in the first image, a cat3 run, that the builder seemed to have no issue drilling right into the edge of that third top plate.

My original plan was to run conduit but that seems to no longer be an option. So my question is this, would drilling a few smaller holes (13/16in), just off-center of the double top plate and bottom-plate of the second floor (Third photo) violate any codes, or compromise the structural integrity of the house? Would a notch and tie better solution? The notch would necessitate going completely through the third top plate, and i have no idea what's between the plywood and bottom plate of the second floor, shown in photo 2. 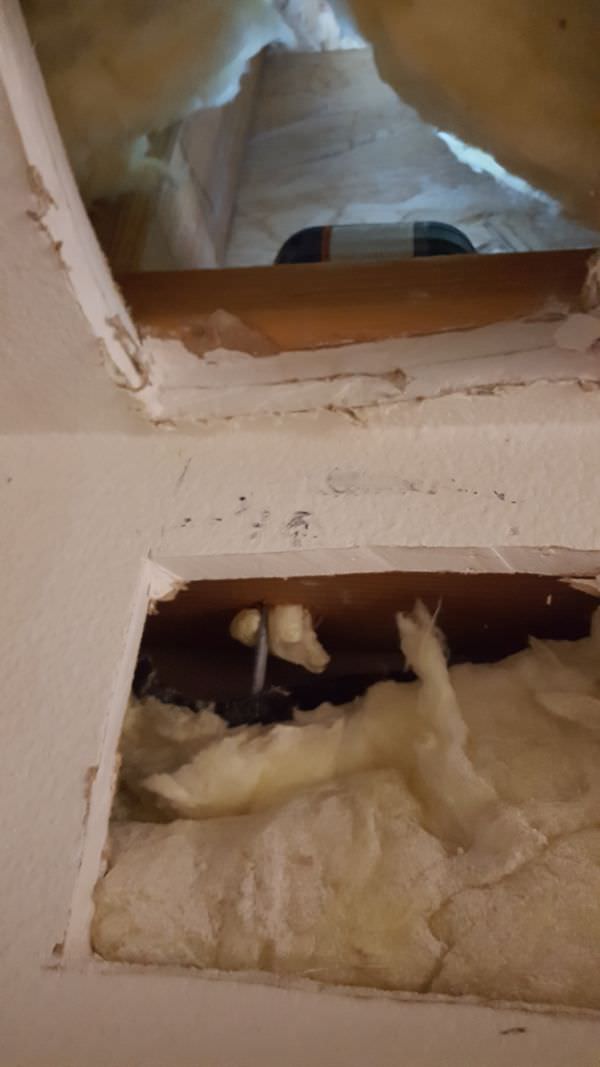 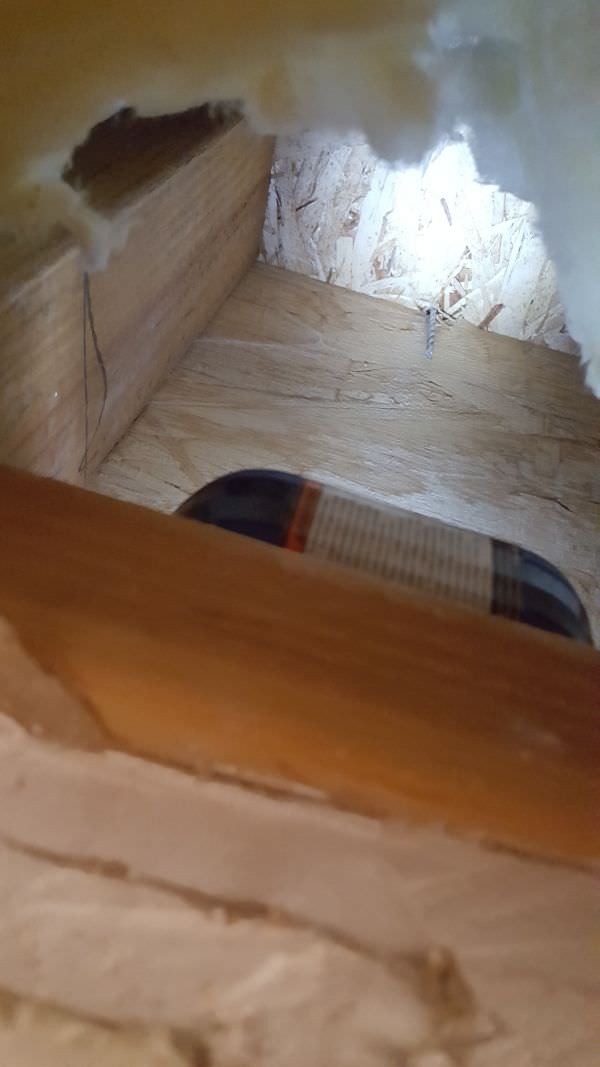 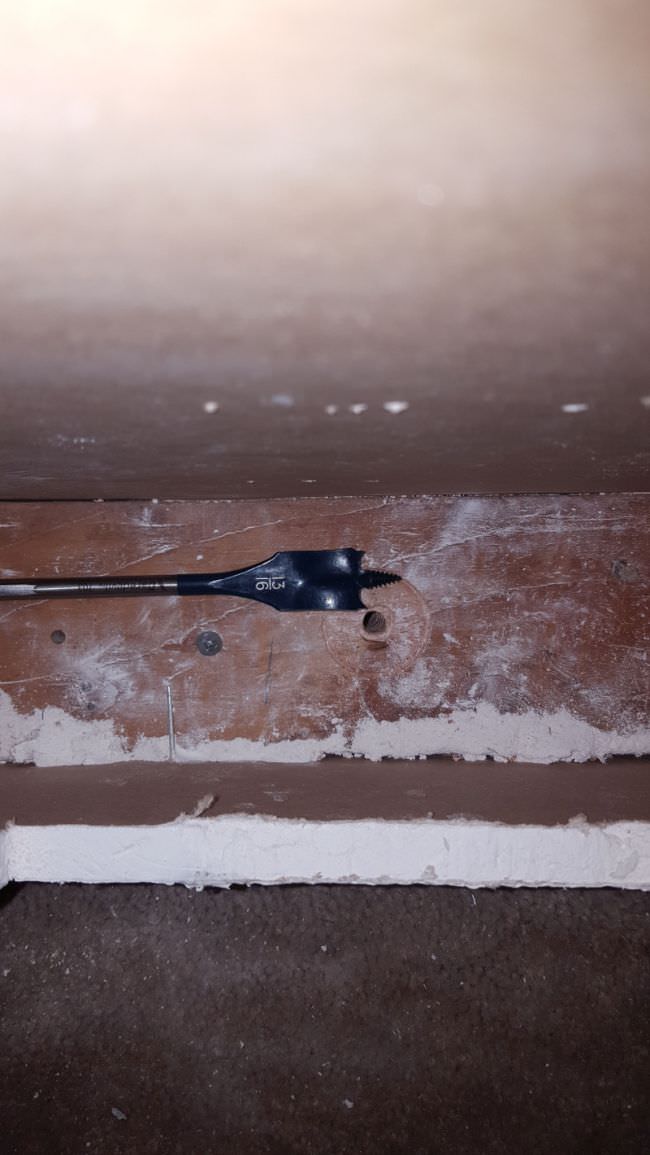 As long as you are 1-1/4" away from the edge the holes would meet code.

1
Can I drill or notch a 2x2 bottom plate in a flat-stud wall?
4
Can I replace a window in a garage gable wall without adding a modern header?
1
Framing Advice - How to re-frame opening of non-load bearing wall
4
What are my options for running cable from surface-mount sub-panel in garage?
3
MC Cable through double 2x4 top plate
1
16" on center framing spacing corner - optimize for butt- vs by- wall, interior vs exterior panels?
2
Drilling through bottom plate for conduit