I just built a home with a walk-out basement. The floors in the basement are not covered with flooring yet. Superior walls were put up 1st. The cement was poured late May 2017 as 1 slab and it's approximately 1900 sq ft. I don't know if they used rebar, because I wasn't there when they poured the concrete.

The concrete did not have cracks in it for about 4 months while the rest of the house was being built. I discovered that the builder did not put the plumbing for the kitchen as per the plans. He had to break up some of the concrete to correct the plumbing.

After they moved the plumbing and filled it again, cracks showed up and they go from where they filled it to 2 of the walls. I would say that they are about 1/8th inch wide now. They started out as hairline, but have gotten bigger over the past few months.

Of course, they need to be fixed before I lay down the flooring. Any suggestions specifically on what the builder needs to do to make it right?

Thanks for any advice you can provide. 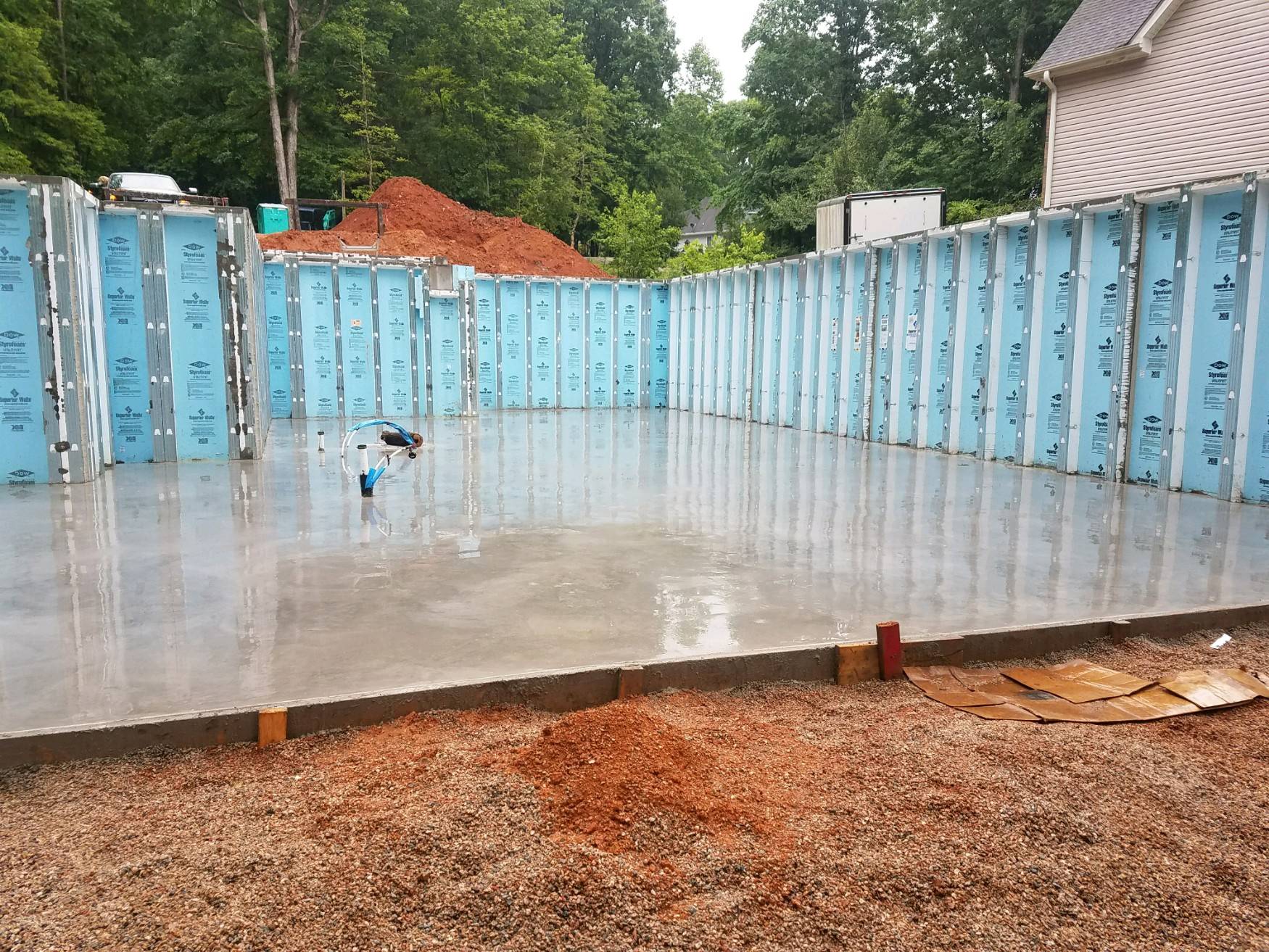 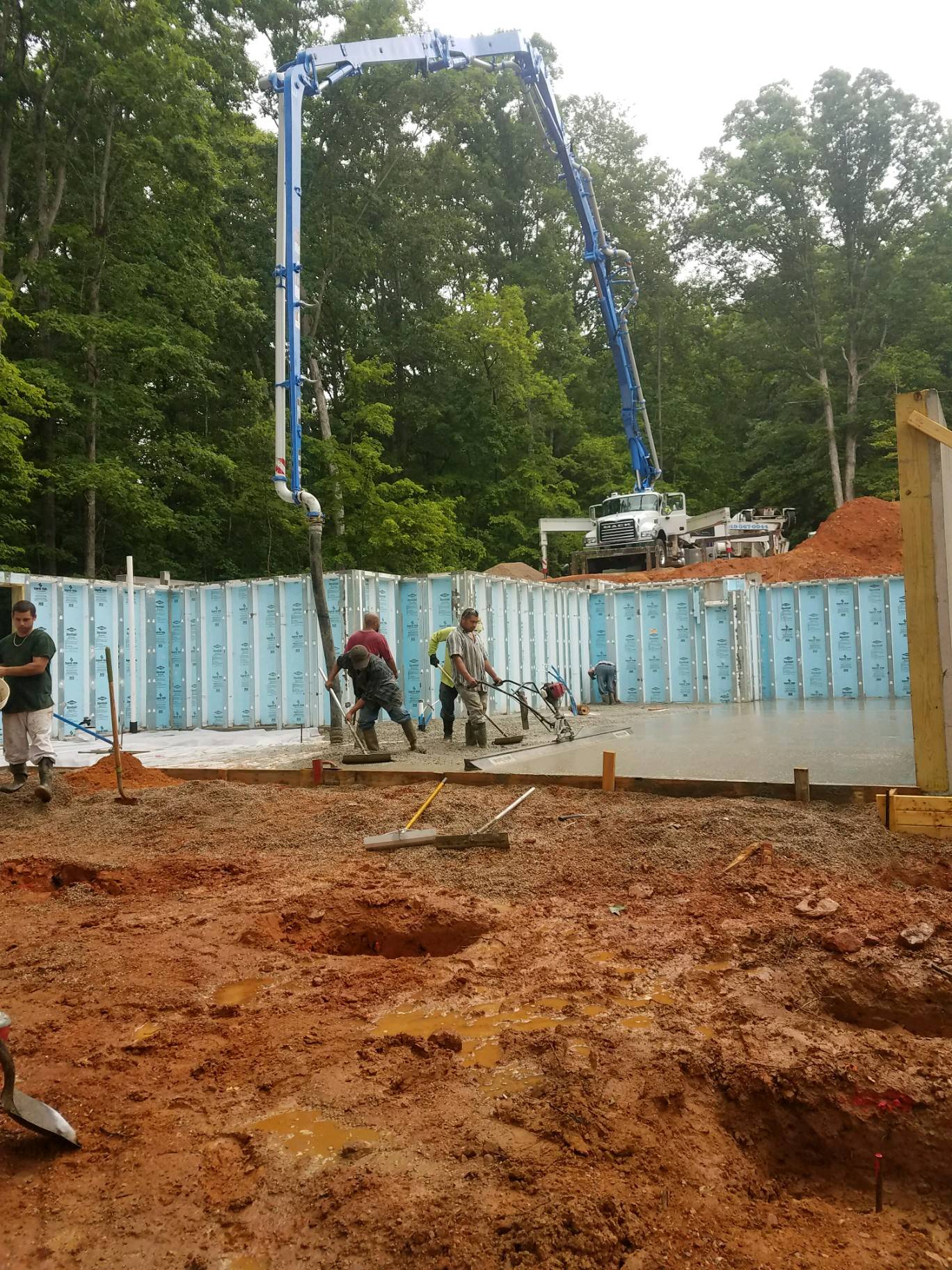 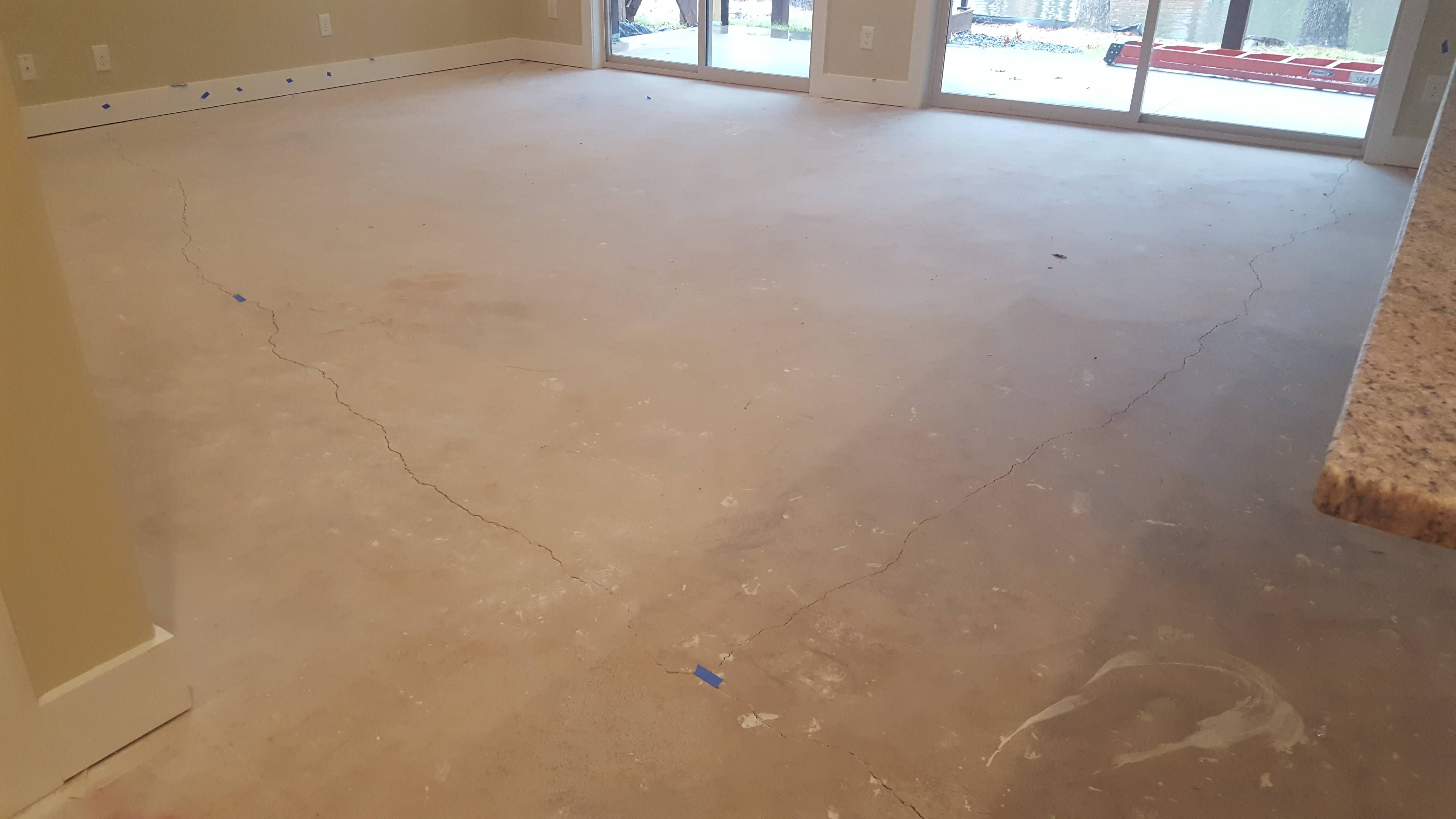 Adding picture of the fix where builder cracked concrete to move plumbing. He had put the pipe too close to the perimeter cabinet walls. It was for the sink in the island.

The cracks in your slab have nothing to do with the plumbing repair. Slabs crack. Period. Typically the only question is how the cracks are managed. The slab should've been cut to create control joints, or "zip strips" should've been worked into the surface to direct where cracks occur.

Now, if you have regular movement in the slab, that's a matter of poor compaction, excess unaddressed groundwater, or something else. That's a bigger problem that you'll need to discuss with the builder.

If there's no movement, and depending on your choice of flooring, this isn't an issue. If you're going with ceramic tile, the installer will need to deal with the cracks appropriately. Other types of flooring will simply span over the cracks.

Not the answer you're looking for? Browse other questions tagged plumbing basement crack or ask your own question.