This is the kitchen, hallway and bathroom floor of the house I’ve bought. I’m probably going to keep it due to the time and expense to replace it. Being rough and slately it really attracts the grime and dust. I know I need to give it a good cleaning, but after that is there a way to seal it for the long term? Can I do layers of polyurethane like a wood floor? The few stone seals I’ve looked at all say to re-seal every couple years. Can I do it once? Aesthetically I don’t mind if it gets glossy. Chemical / odors while curing aren’t a concern because nobody will be living there for at least a month. 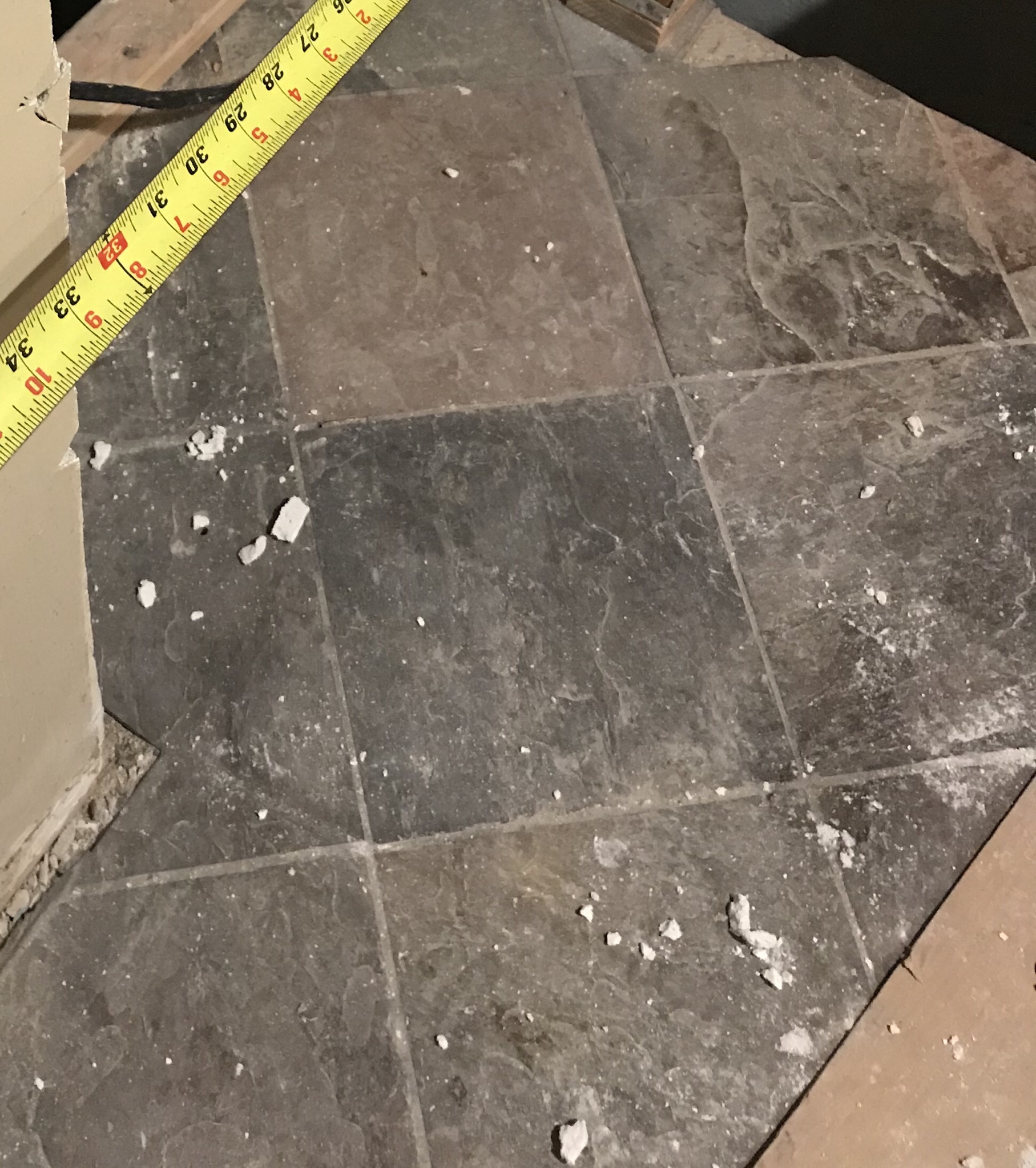 UPDATE: After cleaning it for 2 days it was finally ready to seal. I used a similar penetrating sealer product to the first answer, but the Custom brand instead of the Laticrete one. 'Enrich n Seal' for natural stone and was the most expensive one at the store. A couple bottles, 2 coats, and it looked amazing. It took a couple days to really dry and still is a little waxy. Its not glossy, but looks wet (darker) and makes colors of the stone stand out. It can scratch and that just leaves some white waxy reside that is easy to buff out. I've mopped it a couple times since and its still looking good. Repels water, and paint drops too. Getting some on the baseboard has made it impossible to paint, so if you use it be careful on any surface you want to paint later or else be ready to sand it off. I still don't know how this holds up over time, but I had to do something, and won't know how it holds up for a few years.

There are long-term penetrating sealers that tend to last longer than the usual water-based sealants, but they generally do not create a top-coat. Look for "penetrating" or "impregnating" sealers.

If you're trying to add a topical sealant (like urethane on wood), those also exist. I believe they're usually wax-based, though, and I'm not sure how long they would last before you need to recoat. Probably every couple of years, like fixer1234 said. For those products, you would look for a "sealer and finish". You may also be able to use something like a masonry sealer for concrete, but I would check product packaging beforehand.

Best stuff there is in my opinion. Everything else dulled the slate badly. This made the colors pop. Worth the $ for sure.

Not the answer you're looking for? Browse other questions tagged sealer slate or ask your own question.

5
How to seal marble tile mixed with glass?
1
How can I remove grout residue from dark slate tile?