Help understanding how to remove faucet with perpendicular pipe sticking out

My mom's kitchen sink is very old and the faucets were leaking so I tried to help her replace them. 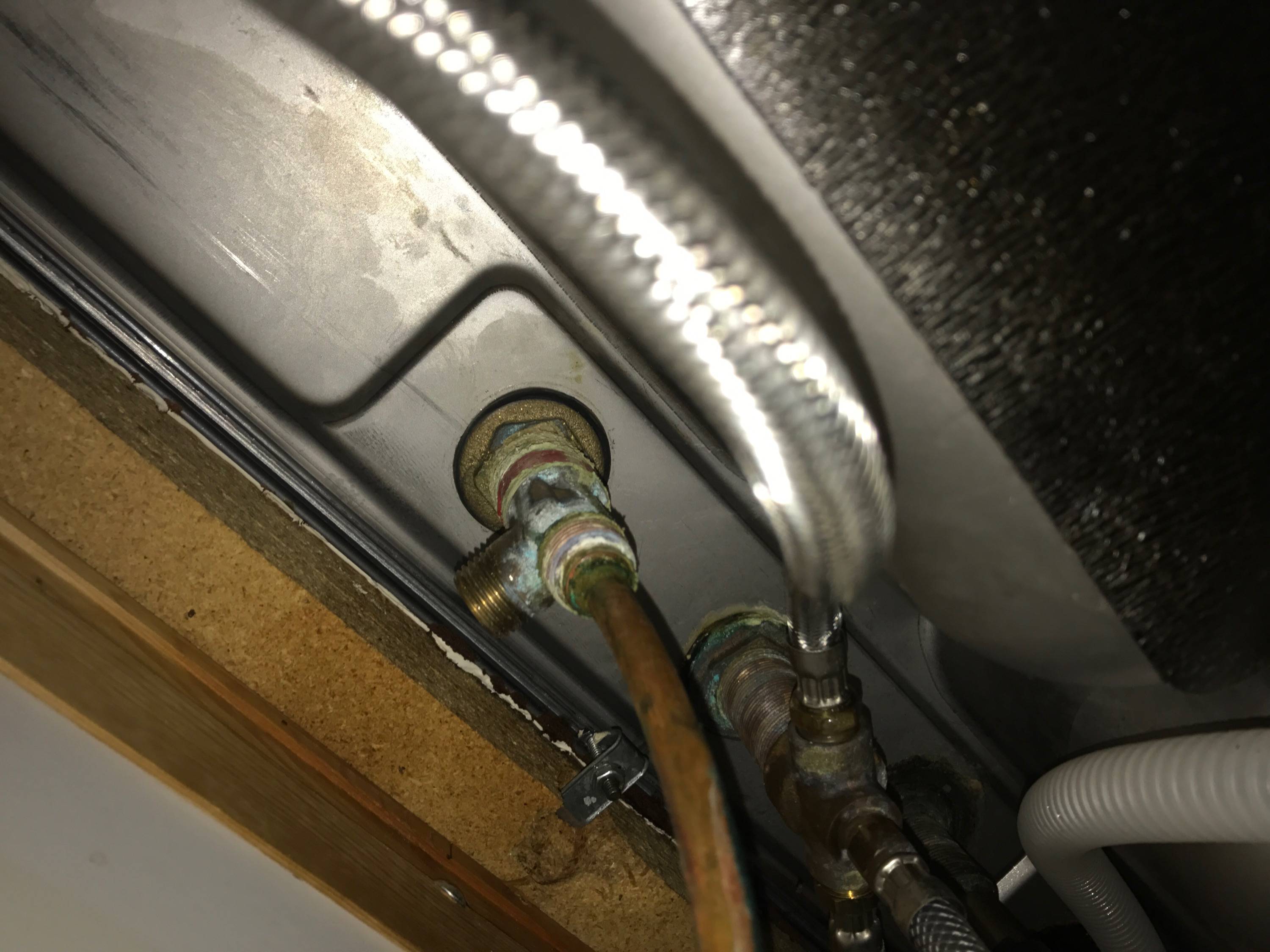 I am not sure where to proceed from here. I believe that the attachment nut cannot be removed because it would not fit over the part of the pipe that is sticking out perpendicular to the rest (I do not know what it is called). I'm also very concerned that the faucets are too old and there is too much rust for the nut to be removed. How should I move forward with this? 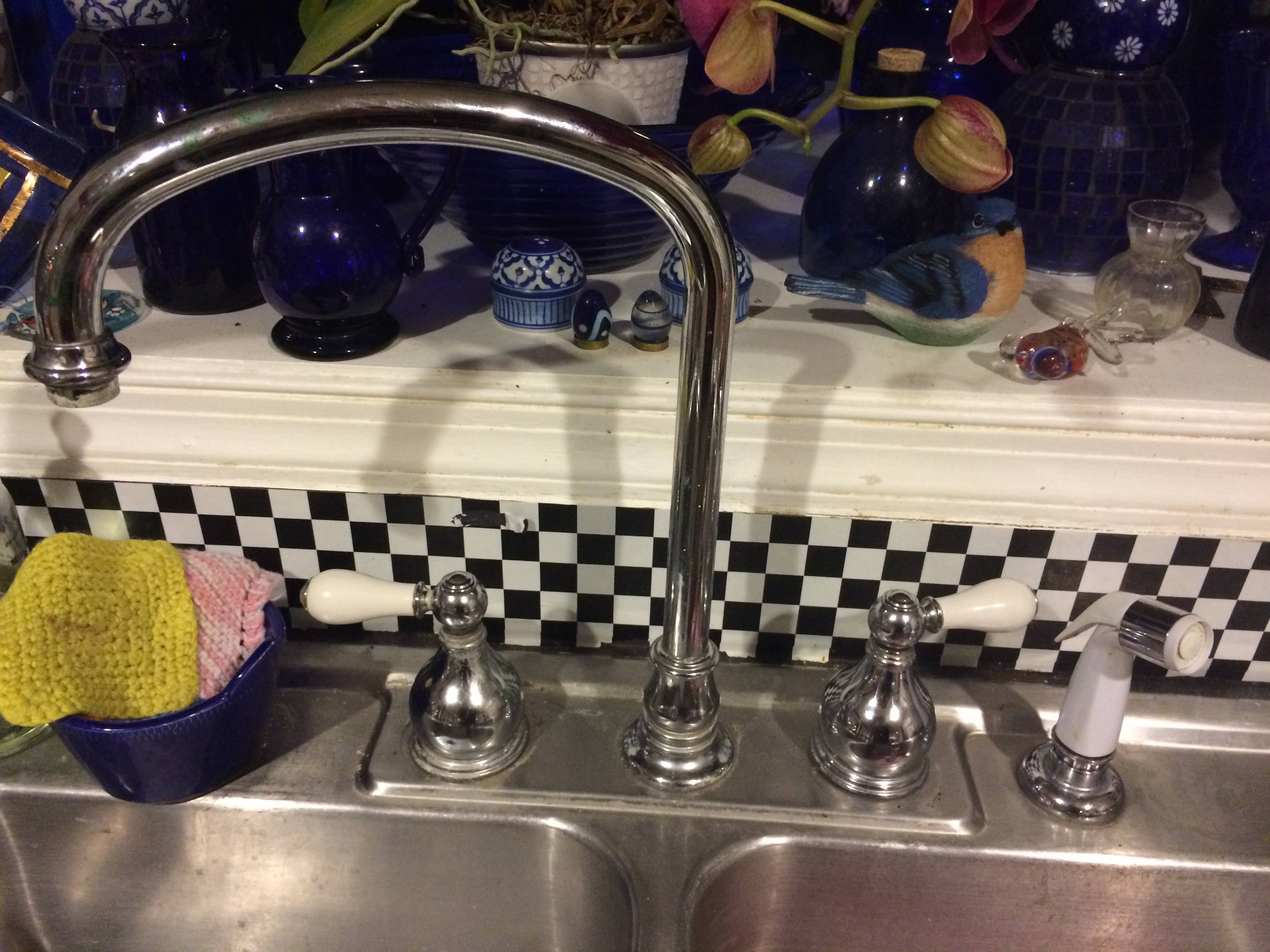 This is the top of the sink, I have no idea what model the faucets are but my mom said that she believes they're Pfister.

I suggest that you should remove the faucet handles and take a look from above. Most likely you remove a small cap at "A" and reveal a screw that when taken out permits the faucet handle to be lifted off. 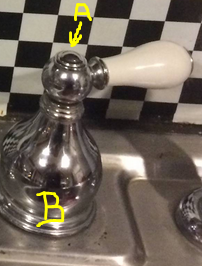 Once removed there may be a nut or ring clip that is normally covered by the "B" skirt of the faucet handle. Removing that nut or clip ring would allow the rest of the faucet assembly to drop below the sink.

The center water spout part of the faucet assembly most likely does need to be freed from below and then pulled up through the top of the sink. You would would need to take apart that 4 way pipe fitting assembly that all the hoses are attached to and then use a basin wrench (as suggested in another answer) to loosen the large nut up around the center hole part of the sink.

Note that if the faucet units have ring clips it may be necessary to also loosen their large nuts from underneath so that the ring clip can then be removed. Usually when these types of faucets are initially installed the large nut is pre- threaded down on the unit toward the right angle port where the hose attaches.Then the thing is shoved up through the hole, the clip attached, and then the nut underneath is tightened up to the underside of the sink to secure the valve unit in place.

The top image shows a brass tee joint. It looks like you've already removed the pipe that was attached to the center of the tee but find there's no good way to get at the rest of the tee with a standard crescent wrench. What you need is a basin wrench. There are fairly easy to find at the hardware store.

Have a look at this video for instructions on how to use it: https://www.youtube.com/watch?v=w3mibmhjwHA

Not the answer you're looking for? Browse other questions tagged faucet or ask your own question.

1
Trouble removing old wide-spread faucet
2
How to get a stuck Moen faucet cartridge out?
2
New bathroom counters and sinks, what is the proper way to handle the difference in supply line length
0
How to cut away ceramic from a sink that doesn't fit
1
How to remove sink faucet pipe from shutoff?
1
Why did my Faucet's Metal Braided Hose Fail / Explode?
0
How do you remove the handles on this faucet
0
Removing mini wideset handles without set screws or mounting nuts
0
Removing hose tap/faucet from old hose pipe (outside) when half the metal thread is stuck